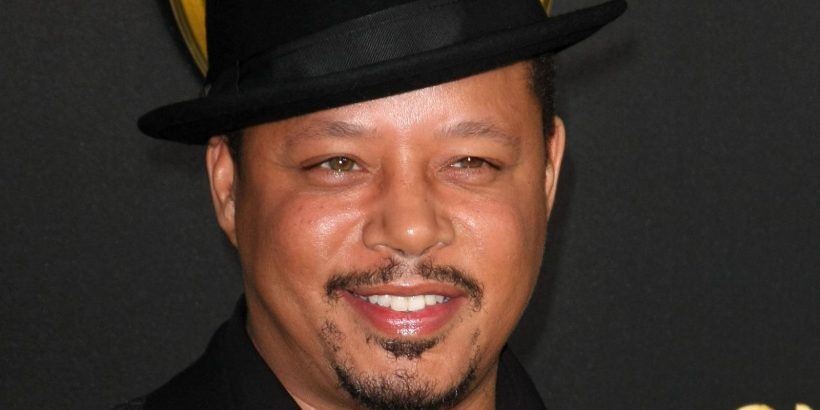 Terrence Howard has had an impressive career in Hollywood. The Chicago-born actor rose to fame in 1995 with films “Dead Presidents” and “Mr. Holland’s Opus.” He has since landed major roles in TV and films, including (but not limited to) “Winnie,” “Ray,” and his Oscar award-nominated role in the 2006 cult-classic, “Hustle and Flow” (via IMDb). You may remember Howard best for his role as the smooth-talking Lucious Lyon in the Fox drama, “Empire.”

Howard is quite skilled at making us love and/or loathe him depending on the role he plays. Believe it or not, the drama doesn’t stop for Howard when the cameras stop rolling. The actor has had a fair share of personal issues and relationship woes that have come to light during his career. His love life, particularly, is just as dramatic as his filmography credits, given that he was married four times to three different women. Let’s take a look at Terrence Howard’s ex-wives and where their relationship stands today.

Terrence Howard and his first wife, Lori McCommas, have a long history together. Per Just Richest, the two met at Pratt Institute in New York City, where they both attended college. The college sweethearts married in 1994, and welcomed three children, son Hunter, and daughters Aubrey and Heaven Howard. Howard and McCommas seemed to live a happy life as a family, but things didn’t last forever. After nearly a decade of marriage, the pair filed for divorce in 2000 and it was finalized in 2003, according to Showbiz Cheat Sheet. The divorce didn’t actually stick — in fact, Howard and McCommas tried to make things work when they remarried each other in 2005. By 2007, the two were divorced for good (via Live RampUp).

It’s unclear why the exes divorced both times, as both Howard and McCommas publicly haven’t spoken out about the end of the relationship. During an interview, Howard previously admitted to physically abusing McCommas in 2001, which led to him being arrested on charges related to the attack. “She was talking to me real strong, and I lost my mind and slapped her in front of the kids,” he told Rolling Stone in 2015 (via Closer Weekly). “Her lawyer said it was a closed fist, but even slapping her was wrong.” There are very little details about where Howard’s relationship stands with McCommas today.

Terrence Howard and Michelle Ghent had a messy divorce

Terrence Howard’s love life got even messier with his marriage to Michelle Ghent, just three years after his marriage to Lori McCommas. The former couple tied the knot in 2010, surprising the public with their relationship. In May 2010, Howard revealed in an interview that he wed Ghent in a private ceremony in Los Angeles, Calif. (via New York Daily News). Howard and Ghent’s fairytale marriage was short-lived. Just days before their first anniversary, Ghent filed for divorce from the actor. According to documents obtained by Essence, Ghent cited “irreconcilable differences” as her reason for seeking a divorce. She also asked for spousal support and requested that Howard pay her legal fees.

From there, the drama ensued between them. In December 2011, Ghent alleged that Howard started abusing her just a week after their marriage and threatened to kill her (via Amo Mama), which Howard denied. Their divorce was finalized in May 2013 but their court drama wasn’t over yet. Ghent filed a temporary restraining order against Howard, claiming he gave her a black eye during a fight in Costa Rica, per TMZ. He later admitted to doing so during an interview with People.

Fast forward to 2019, their nearly six-year divorce drama seemed to come to an end after Howard was ordered to pay Ghent a whopping $1.3 million, per Daily Mail. Claiming she was ‘deceitful’ in getting the divorce settlement, Howard appealed the decision in July 2020. A judge has yet to rule on the decision. In the meantime of battling in court with his ex-wife, Terrence Howard had already found his next lover.

If it isn’t obvious already, Terrence Howard has no problem trying his hand at love no matter the timing. The actor met Miranda Pak in 2013 in the most unconventional way. As Pak revealed to Rolling Stone, Howard approached her while she was at a restaurant “in the middle of the day” with “an old boss.” Instead of offering a “Hello,” Howard boldly shot his shot by telling her boss, “I don’t know if she’s your wife or girlfriend, but she’s absolutely stunning.” Pak responded jokingly, “That’s very bold of you,” to which Howard quipped back, “Well, only a tiger can approach a tiger.” Smooth move.

Despite the odd encounter, Pak and Howard hit it off after a date. The “Hustle & Flow” actor proposed after a month of dating (via Radar). The two wasted no time walking down the aisle in a private ceremony in October 2013. The two were spotted wearing wedding bands at the L.A. premiere of “The Best Man Holiday” a month later. Howard was so happy about the wedding, he reportedly called his ex-wife Michelle Ghent to gloat about it (as you can imagine, a tough crowd). Pak and Howard’s marriage only lasted a year before they were officially divorced in 2015. Despite their divorce, the two maintain an interesting relationship with one another and have since gotten engaged again. Following their divorce, the couple welcomed their son, Qirin. In December 2020, they welcomed their second son, Hero.

If you or someone you know is dealing with domestic abuse, you can call the National Domestic Violence Hotline at 1−800−799−7233. You can also find more information, resources, and support at their website.