NBC’s The Voice and ABC’s Dancing With the Stars tied for the night’s top ratings spot Monday in primetime. The Voice entered its first round of socially distanced battles to earn a 1.0 in the adults 18-49 demographic and 7.10 million viewers, steady in the demo compared with last week while slipping in viewership.

The two-hour episode was followed by Weakest Link (0.5, 3.39M), which dipped in the demo from its last fresh episode.

The network’s numbers are likely to be adjusted in the finals due to local NFL preemptions, but for now it swept the night overall in the demo and viewers. NBC was second in both metrics while Univision took third in the demo race with the premiere of Vencer el Desamor (0.4, 1.50M), followed by Imperio de Mentiras (0.3, 1.02M) and Dulce Ambición (0.2, 839,000).

Elsewhere, CBS aired reruns of The Neighborhood, Bob Hearts Abishola, All Rise and Bull, while the CW’s night was filled with encores of Whose Line Is It Anyway? and Penn & Teller: Fool Us. 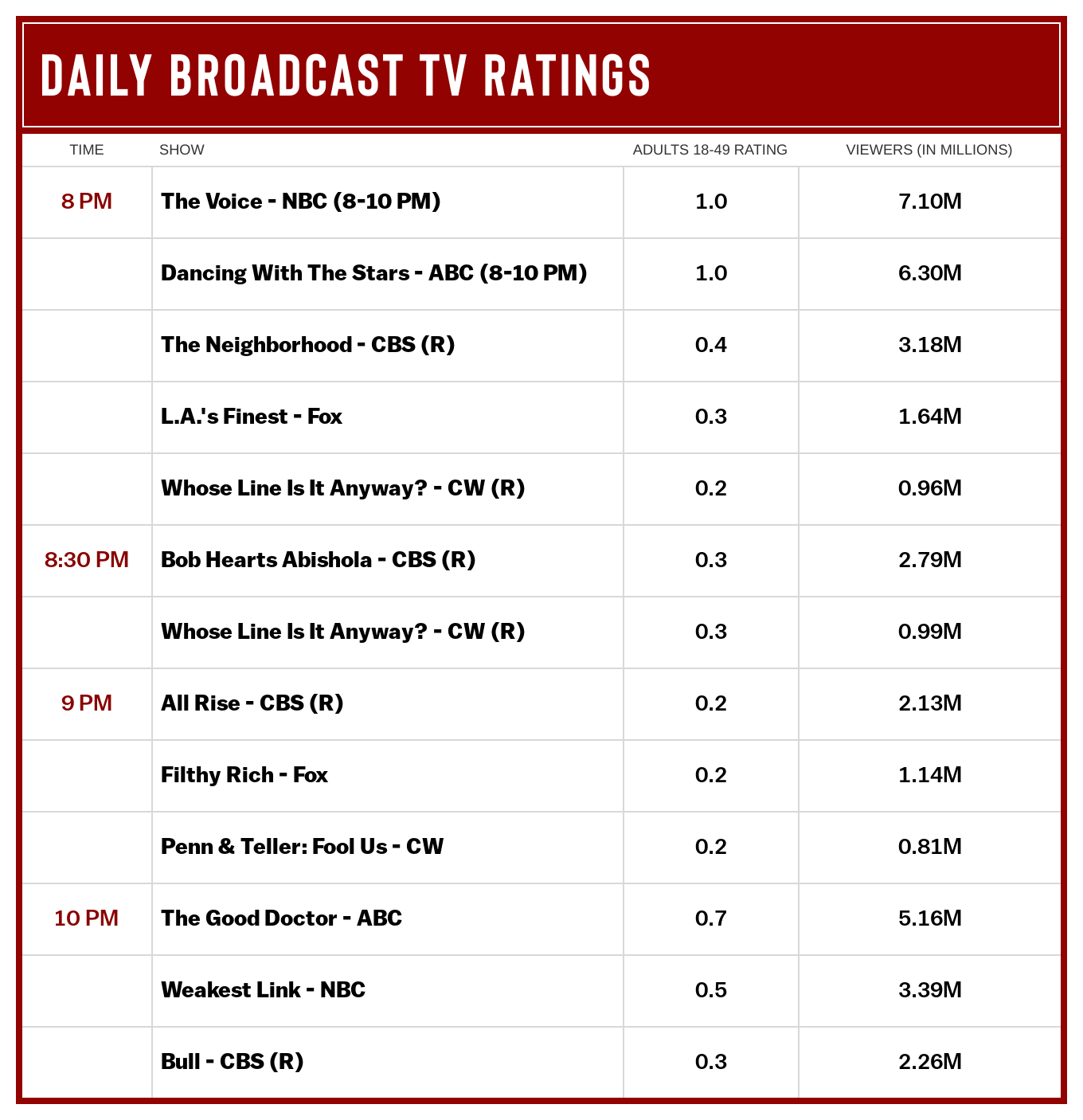