Note: This article contains spoilers from the latest season 9 episode of The Walking Dead, ‘The Bridge’…

… and a gory picture in all its glory, so readers who aren’t a fan of that sort of thing might want to look away now. 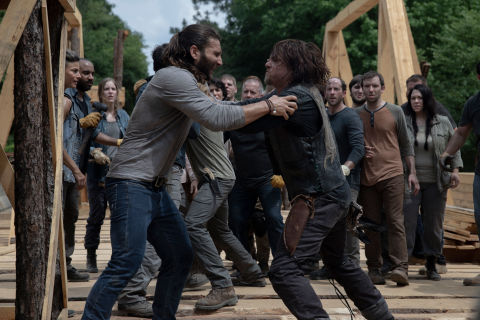 The Walking Dead aired in the US last night (October 14), and featured a particularly gruesome fate for Aaron (Ross Marquand).

Poor Aaron’s arm was gravely injured when it was pinned by lumber in an accident (at least it wasn’t a walker bite), which resulted in Enid (Katelyn Nacon) – a medic-in-training – amputating the arm below the elbow. 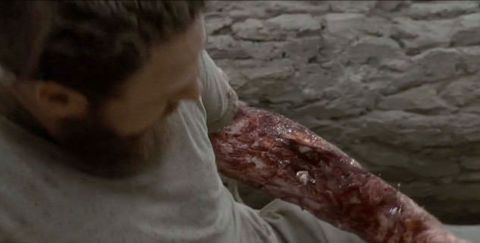 Showrunner Angela Kang has spoken about the gory scene, praising the visual effects team for their “amazing job” and explaining just why Aaron had to lose a large amount of arm.

“When we first saw the shots come back, we all squirmed,” she told THR. “And I’m not squeamish either, and we were all like, ‘Ooh, it’s kind of awful.’

“But it’s like the horror aspect aside, we really thought we had to show an incident where there were real extreme consequences, that nothing comes for free, and that’s true life.” 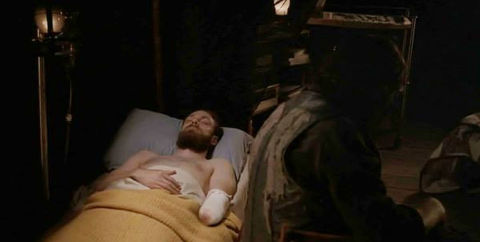 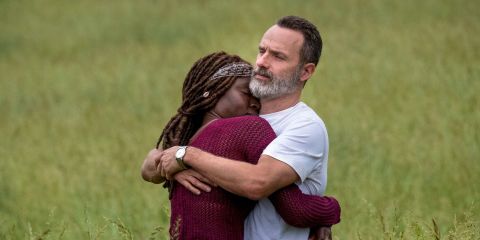 The Walking Dead airs on AMC in the US, and on FOX and NOW TV in the UK.