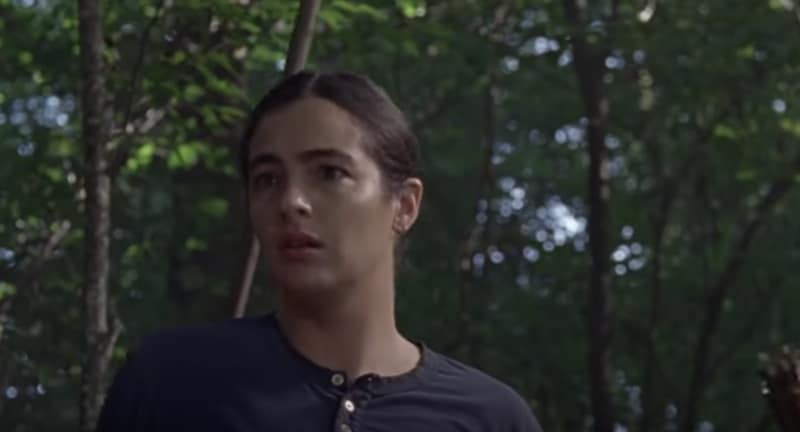 The Walking Dead returns with Season 9 Episode 10 on Sunday night. It’s the second episode for the second half of Season 9, with the survivors facing a surprising new threat on the show.

The upcoming episode of The Walking Dead is called “Omega,” and the TWD preview (shown below) indicates that there could be some dramatic moments in store for the AMC audience.

The Whisperers have arrived, and from what was revealed during the last episode, there is a huge mystery behind their existence.

According to AMC, a new arrival at Hilltop opens up about the leader of a group of mask-wearing savages. As TWD fans know, this is a description of the Whisperers, who are responsible for killing Jesus.

The “Omega” synopsis states that a search party sets out on a daring mission to find two missing friends. That seems to be what was hinted at in the TWD preview for Episode 10.

As a reminder, during the mid-season premiere from February 10, a new disturbing and dangerous adversary became clear. The episode picked up right where the fall finale had ended, with a supposed walker killing Jesus (played by Tom Payne). When Daryl (Norman Reedus) explored that walker a bit more, it turned out that it was a human wearing a mask.

While the rest of the group escaped from the cemetery, it became very clear that things were about to shift again. Then, when they encountered more Whisperers on the way back to Hilltop, they ended up collecting a prisoner. That girl, who is in a cell next to Henry, appears to have a lot of secrets.

The video above was just posted to Twitter in anticipation of the upcoming The Walking Dead episode. Daryl is shown interacting with Henry (Matt Lintz), giving a tad of foreshadowing of what might come down the road.

The Walking Dead airs on Sunday nights at 9/8c on AMC.