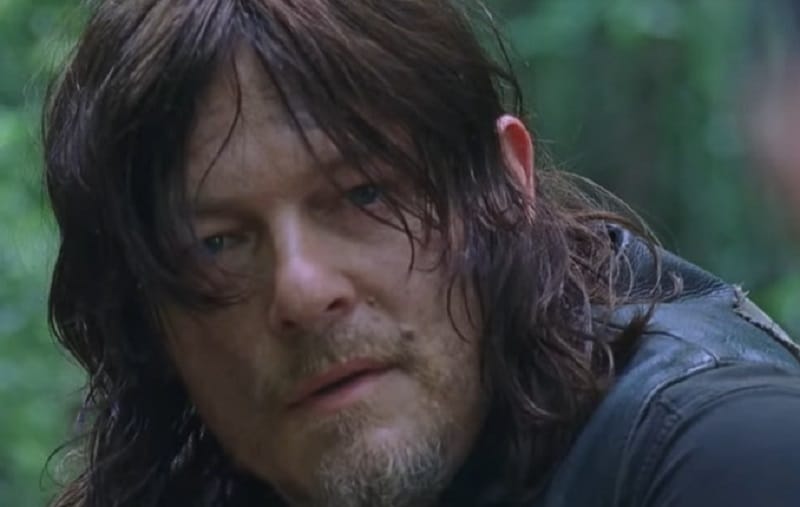 The Walking Dead spoilers for the upcoming episode include more characters meeting their deaths. A sneak peek of Season 9 Episode 3 was provided by AMC already, but now some key TWD spoilers have been leaked on social media.

At the end of the last episode, Justin (a Savior) was kicked out of the camp by Rick. Justin had been causing fights, cost Aaron his arm, and then decided to tell Rick that he needed to keep his dog on a leash (Daryl). Rick had heard enough and sent Justin packing.

Justin was ambushed as he drunkenly stumbled through the woods. He became yet another member of the Saviors to fall victim to an unseen force.

That is going to be a primary plot point for the October 21 episode. Below are a number of TWD spoilers as shared by The Spoiling Dead, but as they have not been confirmed yet by AMC, readers should take all of this often reliable information with a grain of salt.

The Walking Dead spoilers for the next episode

The episode will begin by revealing that Justin has indeed been murdered. Viewers won’t shed a tear for what has taken place, but it reintroduces the mystery about what is happening to the vanishing Saviors.

A bit later, Maggie decides to go on a trip to take supplies to the Sanctuary. Along the way, she is confronted by more Saviors, who aren’t pleased that their friends have been going missing. Jed, Arat, and Laura are the three most vocal Saviors during this encounter.

Rick, Michonne, and Judith have a family day, while also trying to address the fact that Judith has a cold. A montage takes place, possibly giving these characters some final moments of joy before Andrew Lincoln leaves the show.

Maggie finds Justin as an animated walker and when the body is brought back to camp, things get a bit dramatic. Weapons are drawn, as the Saviors are pretty angry with this turn of events. Suspicions are everywhere, including Rick wondering where Anne was during the night she was on watch.

There are a number of standoffs during the episode, including one where Carol is held at knifepoint, but she is able to get out of it. All of the drama leads to a huge revelation at the end of the episode.

While searching for missing people and trying to clear walkers, Daryl and Maggie stumble across women from Oceanside holding Arat at gunpoint. This is when the subplot starts to come into focus. Justin killed the husband of Beatrice and Arat killed Cyndie’s brother (Beatrice and Cyndie are Oceanside women).

Arat begs Daryl and Maggie to intervene, but neither character has any sympathy for her at this point. They decide to walk away from the situation, allowing the Oceanside women to kill Arat.

STREAM the latest episode of #TWD On Demand or the AMC App right now. pic.twitter.com/KOT5zEiNcw

There is another story within the episode that is going to become a focal point of the future. Anne is shown back at the junkyard, where she retrieves a metal box that has a walkie-talkie in it. She flips it on and starts speaking to a man on the other end.

It turns out she has ties to the helicopter and speaks in code about something she is retrieving for the man on the other end. The exact nature of the conversation isn’t revealed, but it certainly shows that Anne has some secrets.

These TWD spoilers are certainly setting up some interesting storylines for the coming episodes, including showing how the Saviors are starting to dwindle in numbers. With Rick and Maggie leaving the show soon, viewers may look back at these moments as heavy foreshadowing for the future of the show.