Jeremy Vine panellists could not be farther apart on the issue of 16-year-olds being allowed to vote in general elections in the UK. Daily Express columnist Carole Malone, vehemently opposed to the proposal, clashed with Collabro star Jamie Lambert as he claimed 16-years should be taught politics in school and then allowed to vote in elections. He said: “I’ve said it for years on this show, for me is less about giving them a vote at 16 and more about giving them a vote at 16 and educating them.

“I’ve said it for years that we need to teach politics in schools.

“Everything I have learned about the way this country works and politics I’ve done by myself.”

Ms Malone replied: “Isn’t it funny that 16-year-olds are never the one manning the barricades to get their vote? 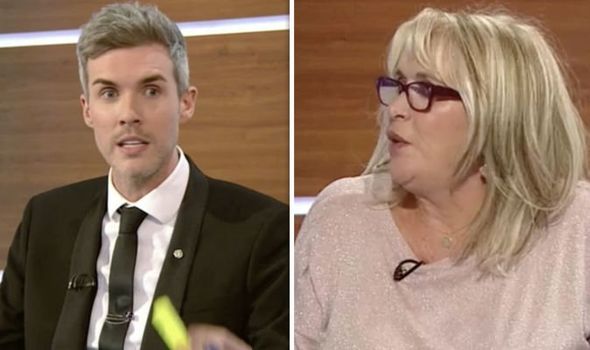 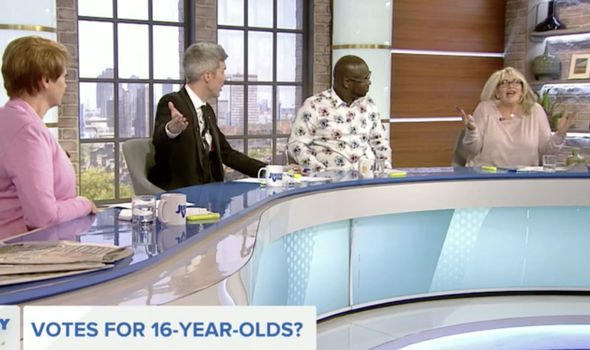 “Every 16-year-old is like this, most of them will vote Labour at 16, and if you don’t realise that…

“This is not being disrespectful to them, they’re just not grown up.”

Addressing Mr Lambert, she said: “This is nonsense. You’re saying they’re not taught about it but you still want them to vote.”

The Labour Party has pledged to give 16-year olds a vote in general elections if they top the polls in December with a governing majority.

And Shadow Chancellor John McDonnell claimed at conference, in September, that Labour would at least give 16-year-olds the chance to vote in a second Brexit referendum should they manage to implement their latest Brexit policy.

“The most important thing for 16-year-olds is – let’s give them the vote, let’s trust them,” he added.

“I’d like them to vote Remain, but that’s part of the debate we’ve got to have,” he says.

In Scotland, 16 and 17-year-olds voted for the first time in the Scottish independence referendum in 2014.

A bill was then passed in 2015, lowering the voting age to 16 for local and Scottish parliament elections. 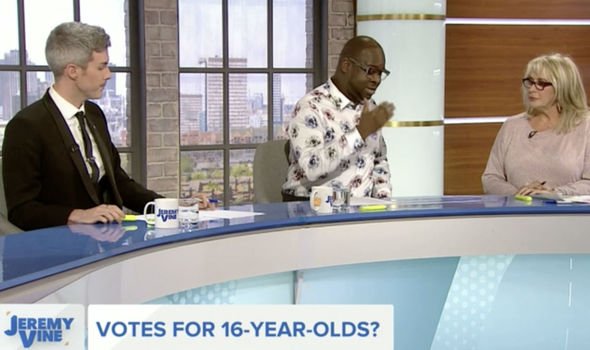 Jim McMahon, Labour and Co-operative Party candidate for Oldham West and Royton, who introduced the bill to Parliament for debate last year, said: “I think we demand a lot of our 16 and 17-year-olds and I think they have a right to have a say in our democracy.

“Democracy isn’t an exclusive club, it’s about franchising people and giving them the right to participate and affect change.

“I think now we’ve come away from established politics it means politicians have to wake up and realise our politics has to become far more inclusive and take into account a wide range of views when making decisions on people’s behalf.

“The time has come.

“If you believe in a truly United Kingdom, it’s important we have equity in our democracy too.”