The season finale of This Is Us aired last night and fans are positively reeling from an overflow of emotions. And while we knew that the fight between Kevin and Randall Pearson was coming, none of us knew just how brutal it would be. But, after seeing the brothers trade such gut-wrenching blows, it’s clear why they aren’t talking on their 40th birthday. But just how did actors, Justin Hartley and Sterling K. Brown prepare for such an intense scene?

[Spoiler Alert: This article contains spoilers for the This Is Us season finale.] 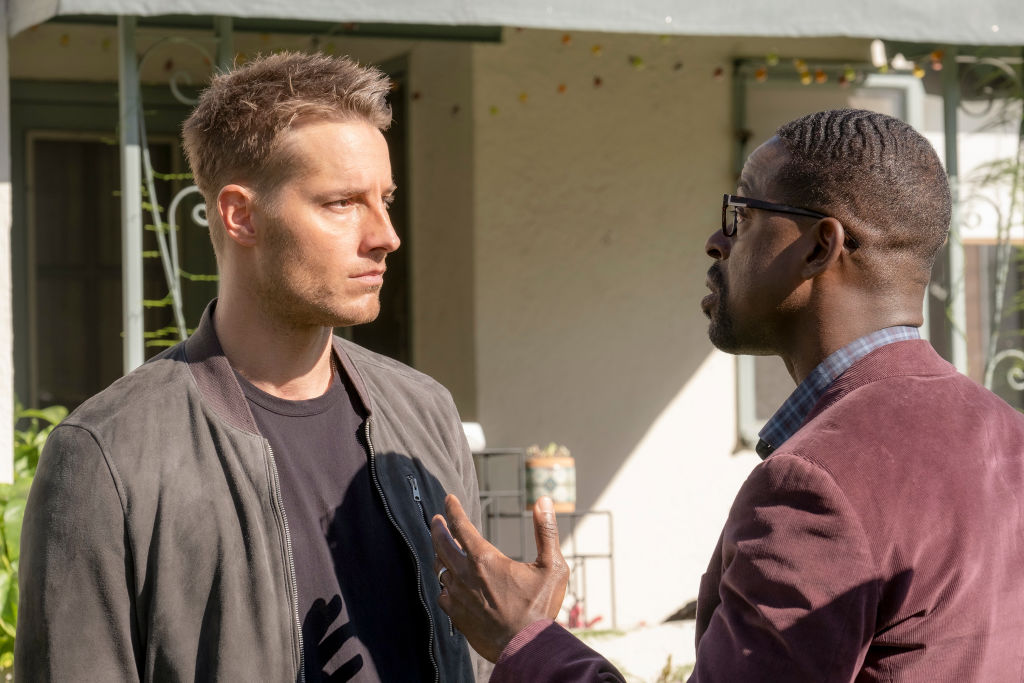 The fight scene in the ‘This Is Us’ season finale

Both Randall and Kevin said some unforgivable things to each other during the season finale. Randall made the claim that their father, Jack Pearson, died ashamed of Kevin. Kevin fired back with the insult to end all insults. He proclaimed that the worst day of his life wasn’t the day Jack died, but rather the day his parents brought Randall home from the hospital.

What made the fight scene particularly brutal weren’t just the words that were said, but how they were delivered. Both brothers delivered their insults without ever even raising their voices. Instead, they traded insults in a matter-of-fact tone that reeked of truth and sincerity. The overall effect left This Is Us fans wishing that they’d exchanged physical blows instead as they’d be less hurtful.

How the ‘This Is Us’ cast prepares for a confrontation

So how did Hartley and Brown prepare for such a gruesome scene? In the past, other This Is Us cast members like Mandy Moore and Milo Ventimiglia (who play Rebecca and Jack Pearson) have had to physically distance themself from one another to prepare for a fight scene. But, it seems that good friends, Hartley and Brown took an entirely different approach. In a recent interview with Entertainment Weekly, Hartley shared that humor is, surprisingly, the method behind their madness.

‪I hope you’ve enjoyed watching this season with us. Tonight’s finale is a big one. #ThisIsUs‬

“I’ll tell you the truth, though. He and I laugh our a*ses off. We hang out. We were joking the whole time, sitting side by side. He’s one of my best friends. And so nothing changed. We ran the scene a couple of times just to get the words out. But I’m not what you call a Method actor; I can sort of dial into a scene right away. But it was so well written. I’m not the kind of person that would avoid him for an entire day,” Hartley shared about preparing for the This Is Us season finale fight.

Justin Hartley and Sterling K. Brown have a wonderful friendship

Hartley continued on to share that the unique bond he has with Brown produces a sense of trust that carries into their work. “Our relationship is such that we were such close friends and we have such respect for each other that in that personal relationship that we have allows for us to trust each other on set and realize that whatever is said, wherever we go, my friendship with Sterling is the safety net, really. I can say whatever I want to him as Kevin,” the actor shared.

We’re sure that This Is Us fans will be pleased to know that whatever happens between Randall and Kevin, Brown and Hartley are doing just fine.