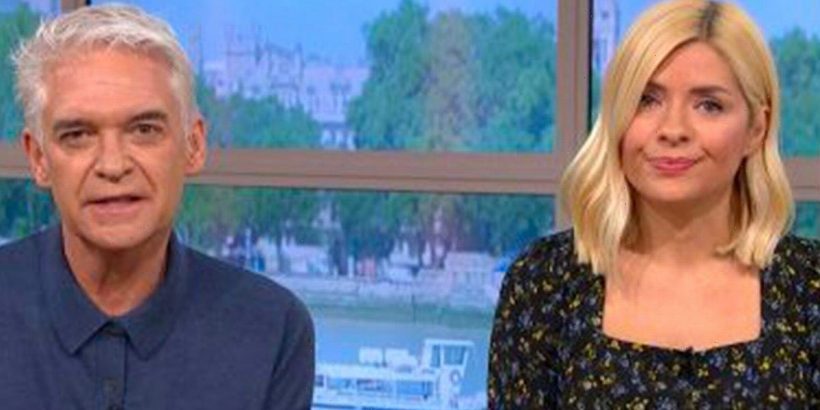 This Morning has been on air since 1988 and the daytime show has become a staple in households.

Presented for over a decade by married couple Richard Madeley and Judy Finnigan, the reins were passed down over the years and the ITV show is now regularly hosted by Phillip Schofield and Holly Willoughby.

Since Phil and Holly have been at the helm, the award-winning show has been subject of controversy on several occasions.

Certain controversy often leads viewers at home to the watchdog broadcaster Ofcom where they leave complaints about what they have seen.

This Morning has been hit with a range of different Ofcom complaints over the years, from the controversial spin to win prize to David Cameron's "ambush" interview back in 2012.

This Morning was hit with over 101 Ofcom complaints after an interview which took place in February 2021.

Vernon Kay and Rochelle Humes spoke to a carer named Louise who revealed she was fired from the job she held for 14 years over not having the COVID vaccine.

Explaining the situation to the presenters, Louise said: "I also took an antibody test that came back saying I had the antibodies.

"So my argument was, if I have these antibodies and if I am testing every day, wearing my PPE, following all the infection controls, how am I putting anybody at risk?"

She added: "I didn’t see myself as a bigger threat. I was still doing everything in my power to help those vulnerable people."

Rochelle and Vernon were clearly affected by Louise's story and demonstrated their support, with Vernon adding: "It's killing me seeing you cry. We genuinely give you a massive hug."

The I'm A Celeb star then went on to hail Louise as a hero and encouraged everyone in the studio to give her a round of applause.

However, what the audience saw as Vernon encouraging "dangerous" views towards the vaccine led them straight to Ofcom.

This Morning was slammed with 170 Ofcom complaints, plus a further 209 earlier this month after the controversial Spin to Win prizes were altered.

The award-winning show was hit with huge backlash after bosses added new prizes as due to the current cost of living crisis and soaring energy prices.

Viewers were given the chance to have their energy bills paid for a certain number of months rather than the typical cash prize.

Fuming over the prize, viewers took to social media to share their feelings about it.

One said: "Paying for viewers' energy bills just feels wrong. Obviously, it's a nice incentive, but wow, it just shows the grim reality we're all living in."

Another shared: "Has it all got this bad that Holly and Phil are now giving away free energy bills on This Morning? I can't believe it honestly."

Fans were made even more angry the following day when the prize was increased to cover all household bills.

One viewer slammed Holly and Phil, saying: "I am disgusted. #ThisMorning, @Schofe and @hollywills should be ashamed. People are in crisis. If you have a heart stop this now."

"I've just heard a clip of Holly Willoughby and Phillip Schofield giving away four months of energy costs as a prize and now I want head straight home, pack my bag, grab my passport and leave this god forsaken country. What on earth have we become? @thismorning," a second fumed.

A further 209 complaints were made to the broadcasting watchdog after the initial 170.

Following the backlash, bosses decided to scrap the segment of the competition.

The complaints were made after Phillip Schofield "ambushed" the politician live on air with a list of senior Conservative politicians who were alleged paedophiles.

He had gathered the names, some of whom were linked to a child abuse scandal dating back to the 1970s and 80s, from the internet, before asking whether the PM would be speaking to those allegedly involved.

Conservative councillor at the time Stuart Andrew slammed the ambush as "completely irresponsible and an outrageous stunt."

He added: "It is not acceptable to take a cheap shot on something that is so fiercely sensitive."

Phil also apologised following the controversial moment, saying: "If any viewer was able to identify anyone listed, I would like to apologise and stress that was never my intention.

"I was not accusing anyone of anything and it is essential that it is understood that I would never be part of any kind of witch hunt."

An interview with Matt Hancock sparked outrage from This Morning fans in December 2021 after host Phil made a comment about the politicians Dyslexia.

Ofcom was smacked with 626 complaints due Phil's "insensitive" jibe that occurred live on air.

During the interview, Phil asked the former Health Secretary about breaking social distancing guidelines after images were released of him kissing an aide during lockdown.

Viewers weren't happy with Phil's questions however as he asked: "Was it your dyslexia that meant you misread the social distancing rules?"

The MP responded: "No, I can't blame that on dyslexia or anything else. In fact, I’m not asking for any special favours ‘cause I’m dyslexic, you know?

"In politics, I’ve got some things to offer – in that case, that was a mistake and I’ve apologised for it. It was a failure of leadership because I came on shows like this and asked people to do things and then I didn't follow those rules myself."

The politician appeared on the show to help those living with dyslexia, leading the fuming audience straight to Ofcom with complaints about the "insensitive" question.

This ITV daytime show was hit with a staggering 1,942 complaints in February 2021 after a segment called: "How to lose the lockdown pounds," was shown.

Alison Hammond and Dermot O'Leary spoke to Dr Michael Mosley about rapid weight-loss programmes consisting of 800 to 1,000 calories per day which studies reportedly claimed could be "safe and effective."

The purpose was to help people "lose those extra pounds" they had gained during lockdown and get people to "feel back to their best" within 32 days.

The segment sparked outrage from viewers who believed the segment was "damaging" to people.

"Did @thismorning really promote an 800 calorie a day diet… This could be so damaging… Has upset me next level #ThisMorning," echoed another.