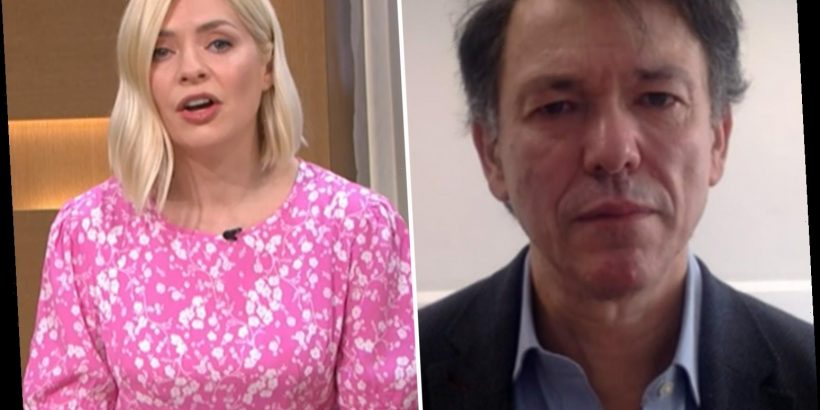 THIS Morning's Holly Willoughby fought back tears as an ICU doctor on the frontlines of the Covid pandemic revealed his son had died.

Professor Hugh Montgomery appeared on Tuesday's show to talk about the importance of people watching ITV's documentary 2020: The Story of Us. 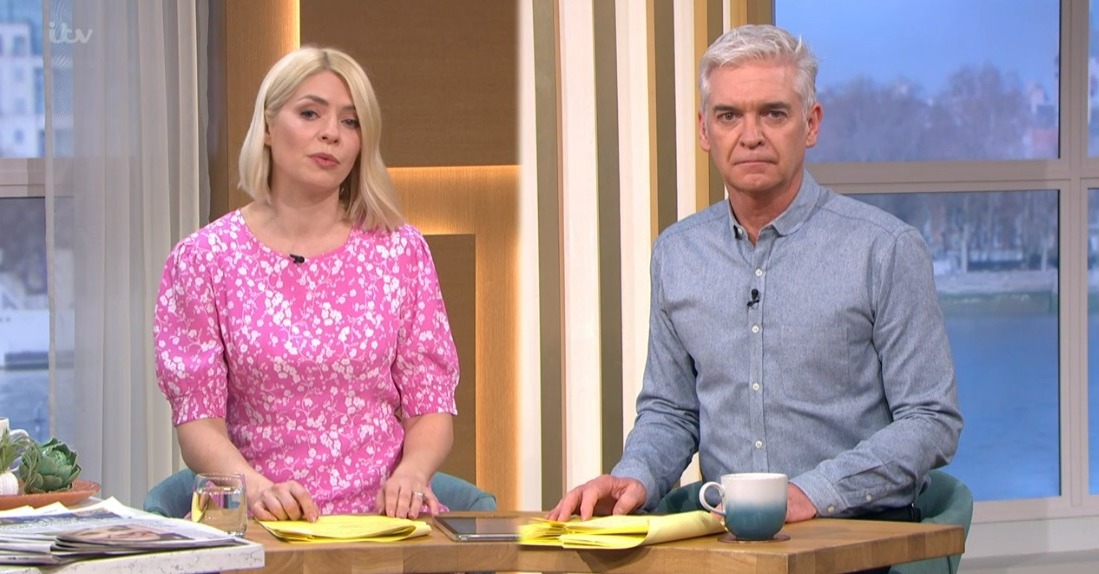 The landmark feature-length documentary by Oscar-winning director Kevin Macdonald tells the story of coronavirus in Britain through the experience of people affected.

Prof Hugh admitted he won't be watching it as it would be too traumatic to revisit the harrowing hospitals scenes as NHS staff battled the Covid pandemic.

He works north London’s Whittington Hospital and lived apart from his family so he could keep them safe while battling 24-hour shifts.

The professor also choked up in tears as he revealed his 17-year-old son, Oscar, died in May. 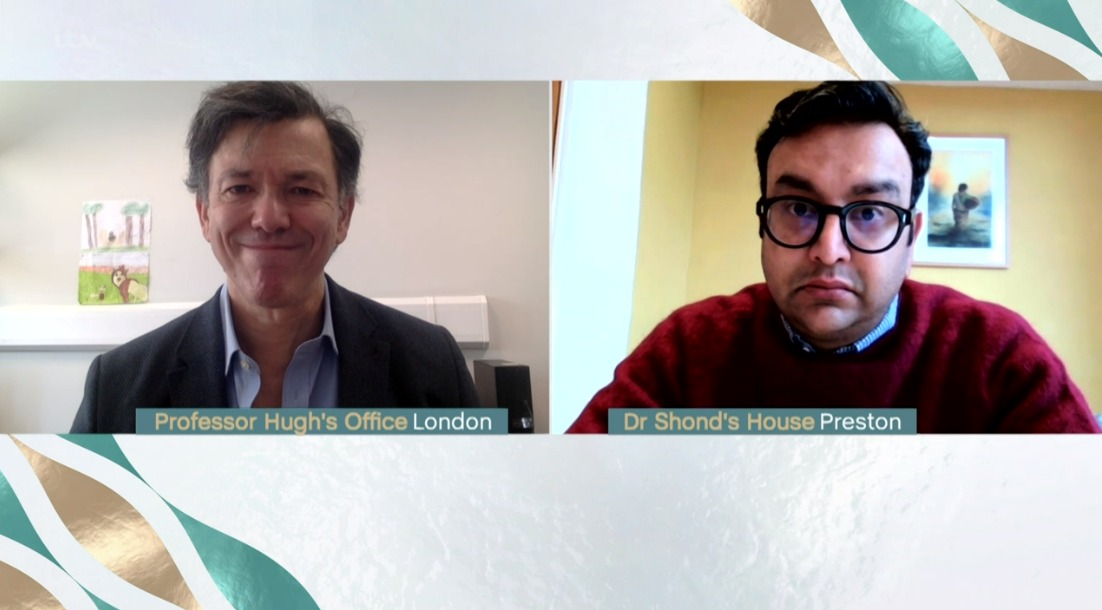 He reveals in the documentary that while Oscar did not die of Covid hebelievee it wouldn’t have happened had it not been for the pandemic.

“I didn’t get to say goodbye to Oscar. And I suppose there are people whose family’s members died in intensive care who neve had that chance either, and it hurts,” he says in the documentary which airs tonight at 9pm.

As the segment wrapped, a clearly emotional Holly, 40, fought back tears as she encouraged viewers to donate to their local NHS charities. 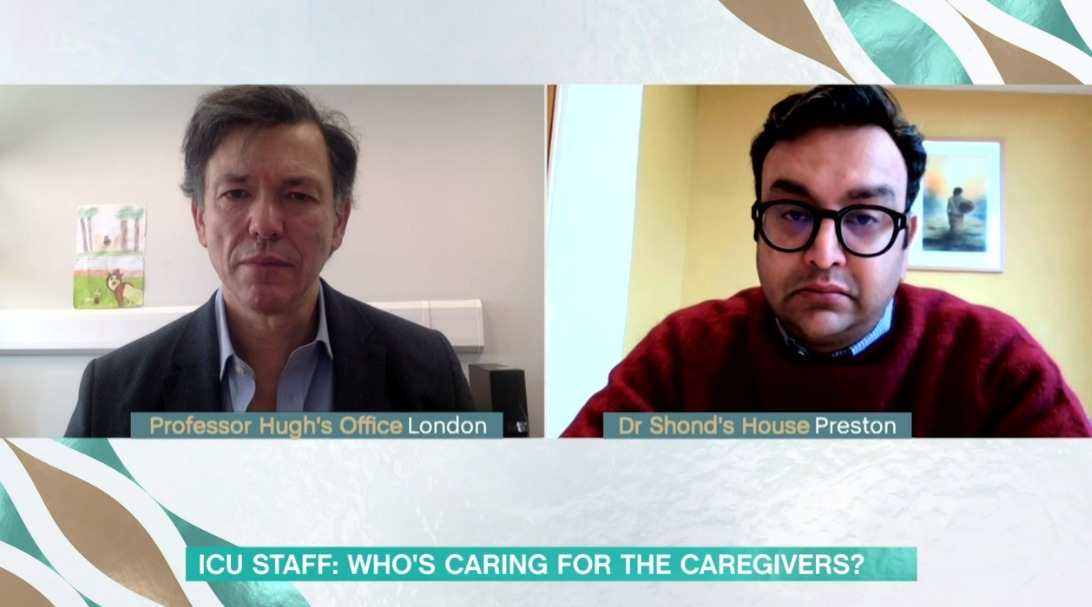 "I just want to say thank you so much for your work," she told Prof Hugh.

"Thank you so much for your bravery."

This Morning viewers commended the doctor for continuing to fight Covid after suffering such a terrible charity. 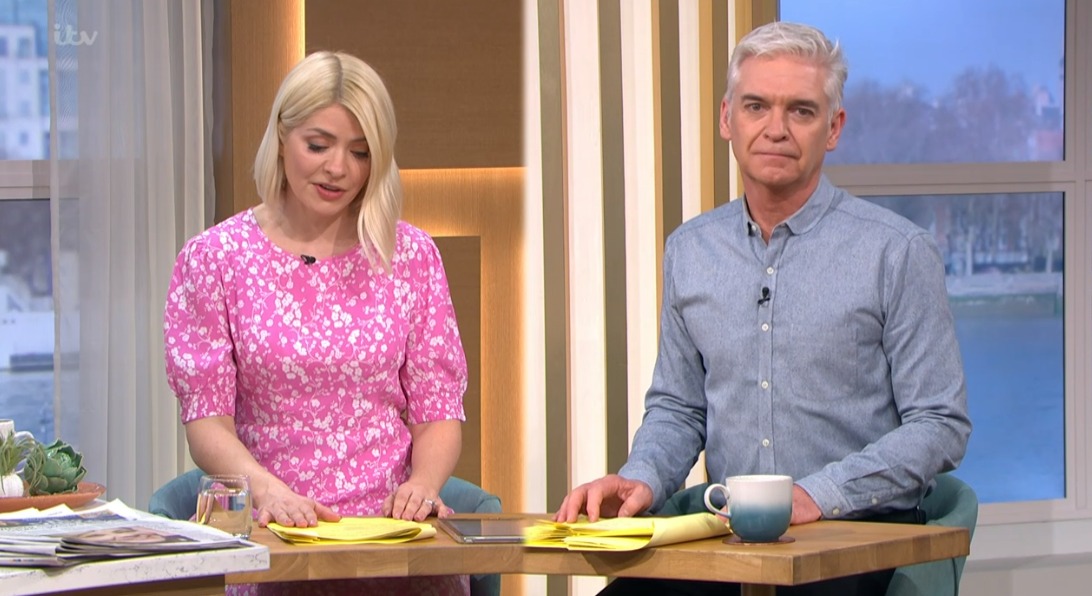 “Hugh losing his 17 year old son yet continuing to work through it and save others, massive respect to him i know I’d be a wreck #thismorning,” wrote one Twitter user.

Another added: “@thismorning In tears watching this. I hope the professor heals soon I hope they both get the support they deserve.”

A third said: “That was one of the most heartbreaking moments I've ever seen on TV, that poor man. 🙁 #thismorning."

And a fourth commented: “Hugh story just made me cry.  That poor man has been through so much.  Sending condolences and thanks for all he has done #supportthenhs #thismorning #hugh.”