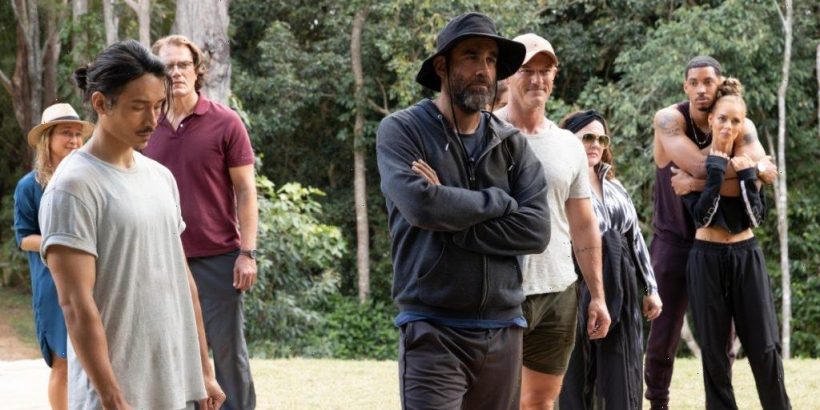 Nine Perfect Strangers has been both thrilling and absolutely confusing for viewers. As season 1 of the Hulu series gets ready to come to a close, fans are thinking about what could actually happen in the end. At the end of episode 7, several of the characters were on the verge of disaster. Could two of the patients at Tranquillum  save the rest?

Jessica and Ben could save the day on ‘Nine Perfect Strangers’

Though we don’t know exactly how much danger the patients at Tranquillum are in, we do know that the Marconis are about to go on a drug trip that killed a former Tranquillum guest. All of the other guests are also acting strangely as the drugs are having increased effects. However, Jessica and Ben seem to be the only ones who are doing OK, which could be helpful in the finale.

“At the beginning I saw them as overly self-involved (Jessica defines herself too much by her looks and what her followers think, Ben way over-romanticizes the crappy job he had before he won the lottery), and Jessica’s fretting over the state of their marriage seemed silly because they didn’t have any real problems,” one fan wrote on Reddit. “Now I’m thinking it would be interesting if they went from the whiny, self-involved young couple to becoming the only two adults in the entire place who weren’t melting down, and managed to take charge of the situation and keep anyone from getting seriously hurt. I haven’t been seeing much growth arc for Ben so far, but that would be a nice one for both of them.”

Jessica has become largely observant in the last few episodes and may be the only one coherent enough by the end to actually do anything.

They are the only ones who don’t have big issues

Throughout the series, we have gotten insights into the problems of the guests. The Marconis and Masha all lost a family member and are desperately seeking to reunite with them. Carmel can’t get over her ex-husband’s betrayal. Tony killed a man, Francis is having trouble loving again after being scammed, and Lars is mostly there to expose the retreat. Ben and Jessica, on the other hand, seem to be only having run-of-the-mill relationship issues.

“I think they have more of a story arc in the book (which I have not read),” one Reddit user theorized.”I think they are there for an ironic twist and a bit of centering. The presumably most vapid and superficial people whose ‘problems’ are, in comparison, more external than internal, become the ones who have a global insight into the other participants, Masha, and the entire Wellness Center.”

“They don’t have to be NINE nutcases, I feel,” another person said. “They represent chiller people, which is funny, because when we meet everybody, they seem like two clueless swaggers, but it turns out they’re the most together of the bunch. And they care about each other, which I also didn’t expect.”

What is happening going into the ‘Nine Perfect Strangers’ finale?

Going into the finale, viewers have just learned that Masha is trying to use a drug cocktail to reconnect with her daughter who died. Before episode 7 ends, she winds up taking the cocktail with the Marconis to convince them that it is safe. Delilah has also just escaped from Tranquillum with plans to go to the police.