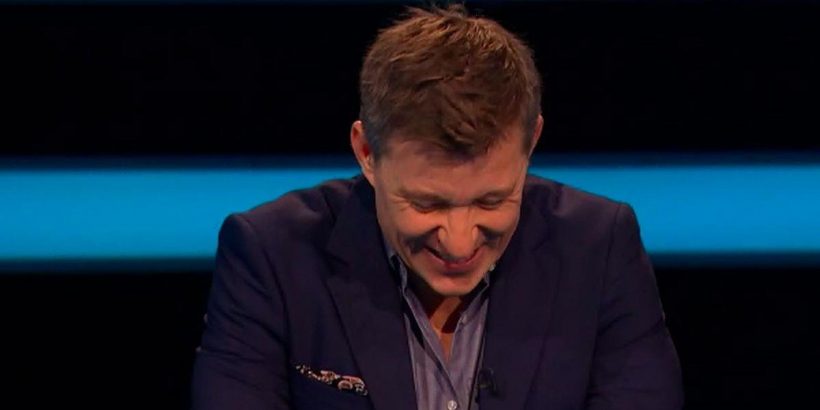 Tipping Point viewers were left in stitches when one contestant gave a very baffling answer to a question about a snake.

During the first round on the hit ITV game show on Wednesday night, host Ben Shepherd asked contestant Josh about the name of a British snake.

The answer given by Manchester student Josh left viewers baffled with his response.

Host Ben, 47, asked: A member of the viper family, which native British snake has red eyes and a zigzag down its back?"

Josh, who buzzed in confidently while the question was still being read, answered: “Loch Ness Monster”.

Host Ben immediately began laughing in disbelief at the podium as Josh’s fellow contestants all turned to Josh to throw him a shocked look.

Ben then offered up the correct answer, adding: “Adder is what I was after Josh but I enjoyed your answer far more thought to be honest.”

“That well known British snake Loch Ness, said one, followed by a series of laughing emojis.

A third added: “You gotta love Josh, seems like a good lad but when you throw answers in like Loch Ness Snake then your always gonna go out first round.”

While another blasted: “The Loch Ness snake? May God have mercy on us all”

Tipping Point fans recently dubbed a recent episode of the ITV show a "quiz for four-year-olds" after the contestants were seen answering "the easiest questions ever."

As fans tuned in to the programme on Monday afternoon viewers took to Twitter to bash the difficulty of the questions after easy topics such as teabags and cartoons were offered up to delighted participants.

One question asked by host Ben Shepard read "How many premier league teams have Manchester in its name?" and another was: "Which hot drink has leaves that brew in water?"

Taking to social media, one bemused fan commented: “How many teams named Manchester? Is this a quiz for 4 year olds”

A second fan blasted: “How many premier league teams have manchester in its name? Not mastermind is it! #tippingpoint”

Another question asked contestant Luke what the name of the cowboy character was in Pixar classic Toy Story, to which he incorrectly replied “sheriff”