The Voice: Tom Jones dedicates performance to his late wife

Sir Tom Jones rejoins the likes of Olly Murs and Will.i.am on The Voice judging panel this evening where the trio will welcome a new face in the form of singer Anne Marie. Together, the four will be hoping to find the UK’s next singing sensation in a new series of the ITV singing contest which looks completely different to any before. But it’s not just the virtual audience and socially distanced layout which will have fans talking as host Emma Willis has recently discussed the new ‘block’ button.

The way The Voice has worked during the blind auditions in recent years has been relatively simple.

If one of the four judges likes what they hear from the performer on stage, they can smash their button, spin their chair and show to the budding singer that they want to be their coach.

Of course, if none of the ITV judges turn around for a singer, they’re sent home without progressing through the competition.

But to add a bit of spice to the process this year, a block button has been introduced which means judges can stop their colleagues from spinning for a singer. 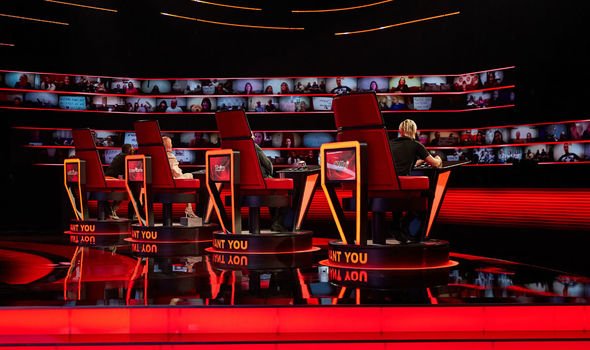 The block button is only available to use for each judge once and it means the likes of Tom, Olly, Will.i.am and Anne Marie can stop one another from adding a particular singer to their camp.

Inevitably, it’s bound to cause some entertaining viewing and host Emma Willis has hinted the element of “naughtiness” it’s added could lead to some rather tense clashes.

“It has made them naughty and Anne Marie is a naughty little minx.

“She keeps up with all of the boys which is brilliant,” she added to Metro.co.uk. “It’s just created pure naughtiness with all of them, they’re like little kids playing pranks on each other.” 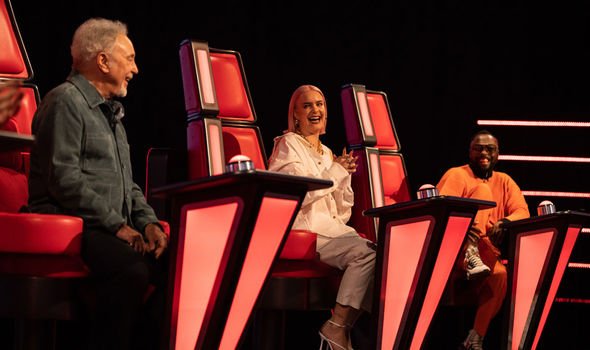 Addressing how long-serving judge Sir Tom found the new feature, it’s fair to say it sounds like he enjoyed it.

“Tom finds it really funny. He just kind of sits there giggling to himself,” she added.

“It’s always nice to introduce something new, especially when it’s a bit of a wind up for someone else.”

The block button isn’t the only notable change to the show this year following chart-topper Anne Marie replacing Meghan Trainor as a coach.

DON’T MISS:
Lorraine Kelly faces harsh criticism as she attempts to defend Piers
James Martin admits to struggling with ‘many lows’ after losing friend
Piers Morgan hits back at James Acaster for slamming him and Lorraine

In a short promo clip from the first episode, Anne Marie discussed what it was like landing the role and what she wants to find during her stint on the show.

“Everyone dreams of sitting in that chair,” she began.

Anne Marie continued: “I’m really excited to be a coach. I’m hoping to find a powerhouse!

“I might be the only girl but I’m going to keep those boys in line.”

Meghan decided to leave The Voice after just one season on the show.

The singer had taken over from Jennifer Hudson who stood down in 2019.

Others judges to have appeared on the judging panel over the years include Kylie Minogue, Gavin Rossdale, Ricky Wilson and Jessie J.