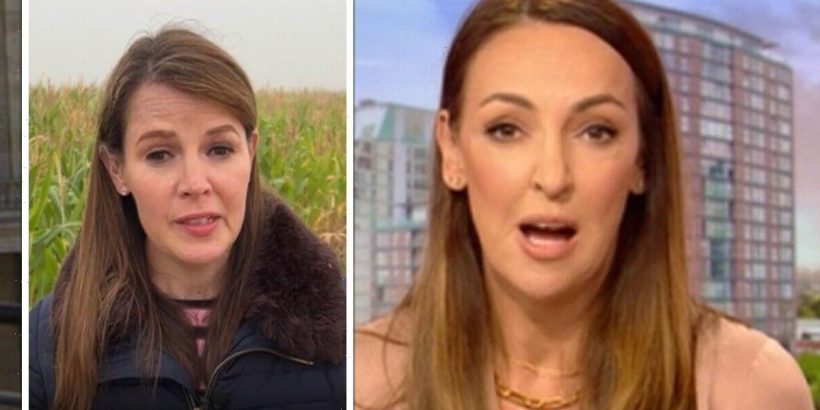 Carol Kirkwood says 'everything is burnt' in her garden

BBC Breakfast hosts Sally Nugent and Jon Kay told viewers on Monday the UK is facing a deluge of rain and thunderstorms in the coming days. However, BBC viewers have criticised Sally for asking a reporter whether there will be “too much rain”.

Sally, who was speaking to BBC reporter Alexis Green from a field of crops, asked her: “We know the crops need water, but are they actually going to get too much of it?”

Alexis replied: “Possibly not, no Sally. The water which does fall from the skies could just run off the ground as it’s very dry at the moment.”

BBC viewers took to Twitter to hit out over Sally’s question, with @Rec commenting: “So light rain, showers, heavy rain, are all the wrong kind of rain. Sun is a #ClimateCrisis Anyone would think @BBCNews want to make a drama out of everything and make it negative?”

Isabel added: “I take the [people] on the BBC didn’t sleep too well last night. Their imagination is in overdrive so they’ve come up with a new crisis. Can’t wait for the flash floods I suppose I could buy a cheap dinghy.” 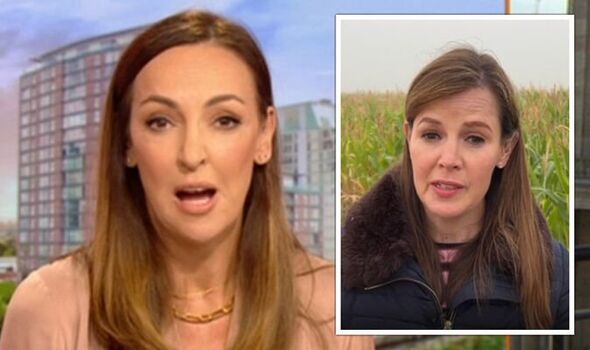