Top Gear’s presenting trio of Paddy McGuinness, Chris Harris and Freddie Flintoff have won much praise from fans for bringing the long-running show back to its best since their tenure began with a Christmas special in Nepal late last year. With the hosts currently filming for season 29, Paddy was left “shaken” when he ended up in a horror accident earlier this month, crashing a Lamborghini Diablo. However, vehicle logs for the 1991 collector’s item reportedly show the car had failed to pass an MOT on May 1st.

The show aired its 28th season earlier this year and the new group of presenters were an instant hit with long-term fans of the show.

The series was such a success it was later revealed the broadcaster had made the landmark decision to move the programme to BBC One.

Filming on the following season had begun before the latest episodes had finished airing on BBC Two but had to stop due to the coronavirus outbreak.

Like many other programmes, Top Gear was forced to halt production after new guidelines from the UK Government were issued surrounding social distancing. 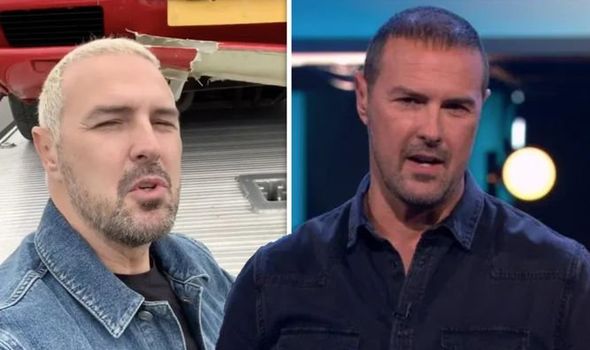 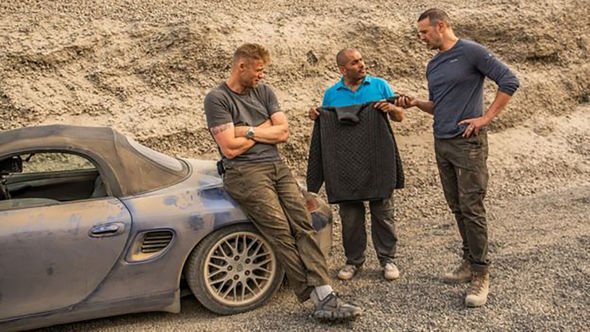 Now, with the show back filming once more, Paddy, Chris and Freddie are continuing to push motoring to the limits but it all ended in disaster for one of the stars earlier this month.

Police and paramedics had to be called to the scene in North Yorkshire after Paddy crashed a collectable 1991 Lamborghini Diablo.

It was reported the car had skidded while the host was driving and left the road but no one else was involved and Paddy was left unscathed.

He told fans via Instagram after the crash: “Hello there, back filming again today with Top Gear. Thought I’d show you the Diablo, it’s on the back of a low loader.” 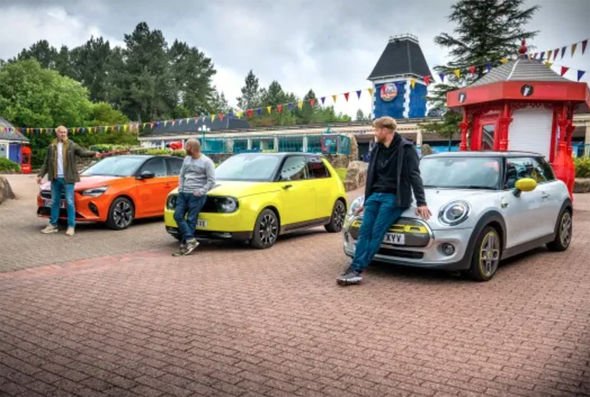 Assessing the state of the car, he added: “Gutted, look at the damage underneath here, hopefully, fingers crossed we can get her back on the road and what have you.”

Reassuring fans of the hit BBC show, he said of the crash: “It wasn’t as bad as it was made out yesterday, to be honest.

“But it just shows you a little bit of oil on a wet road, lethal. I was only doing about 35 miles per hour, anyhow, we live to fight another day!”

However, it’s now been revealed the owner of the classic car had reportedly been warned about the state of the vehicle after it had been given an advisory.

According to the Daily Star, the car had failed its MOT 47 days previous to being driven by Paddy, which resulted in the horror crash.

The publication reported that vehicle logs showed the car was not safe to be driven on the roads due to faulty windscreen wipers and issues with drive shaft joints.

Despite both issues being corrected and the car subsequently passing its MOT three days later, the owner was warned about the state of one of the car’s back tyres.

A Top Gear Spokesperson told Express Online: “The car had a fully valid MOT certificate for filming and all tyres were legal and roadworthy.

Top Gear also had an independent vehicle inspector extensively examine the car’s condition prior to the shoot – and a specialist supercar mechanic accompanied the production team throughout the day.

Tyres are one of the most frequently checked aspects of the cars when we film and a replacement set were on standby should the mechanic had deemed a change necessary.”

Top Gear has also clarified how the car had passed its MOT after being retested three days later, which was handled by the owner.

The programme’s cameraman found oil on the road where Paddy went off after his crash and it was also noted it had been raining quite heavily ahead of filming.

The season later this year is set to be much more UK-based due to the current coronavirus situation which has put restrictions on overseas travel.

Luckily, the show had managed to complete a significant chunk of filming prior to the lockdown, with producer Claire Pizey previously telling Deadline magazine: “Luckily for us, we had filmed some international and domestic mayhem before the lockdown started, and already have some really funny footage — footage that we absolutely could not film now with all three presenters in a car together.”

Top Gear returns later this year to BBC One.