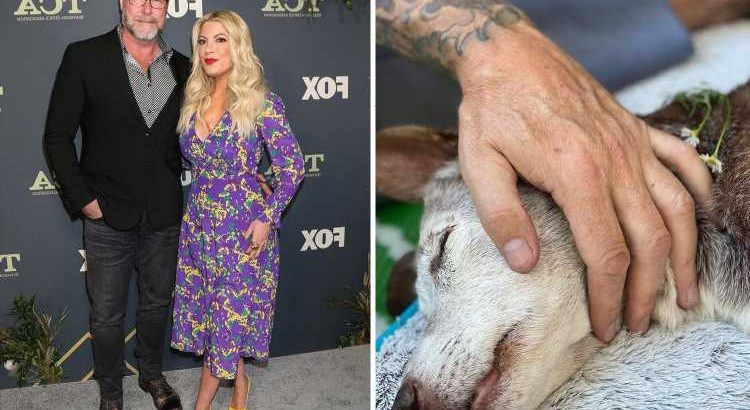 Canadian actor Dean, 54, took to his Instagram page for an emotional picture post announcing the much-loved family pooch had "got his angel wings." 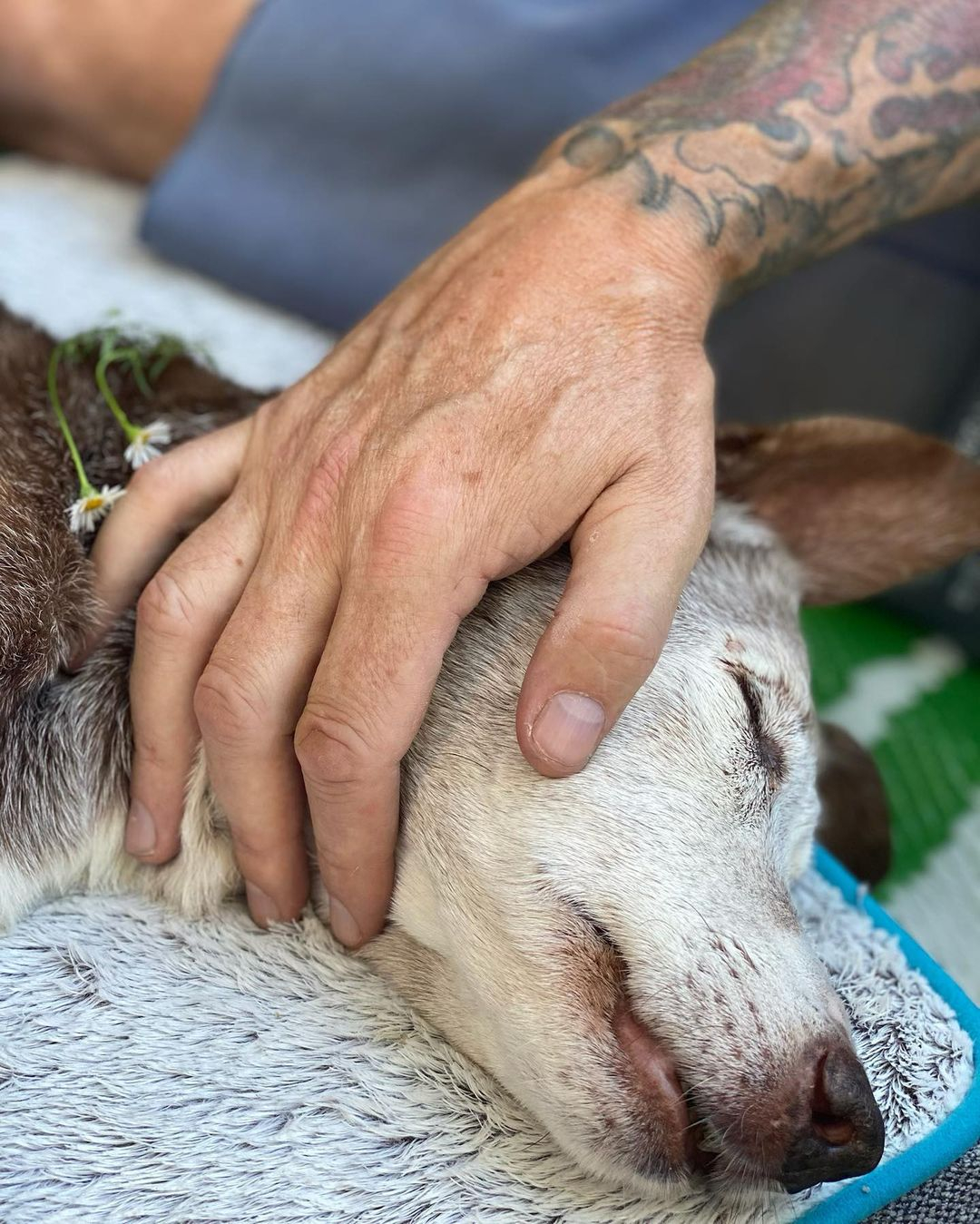 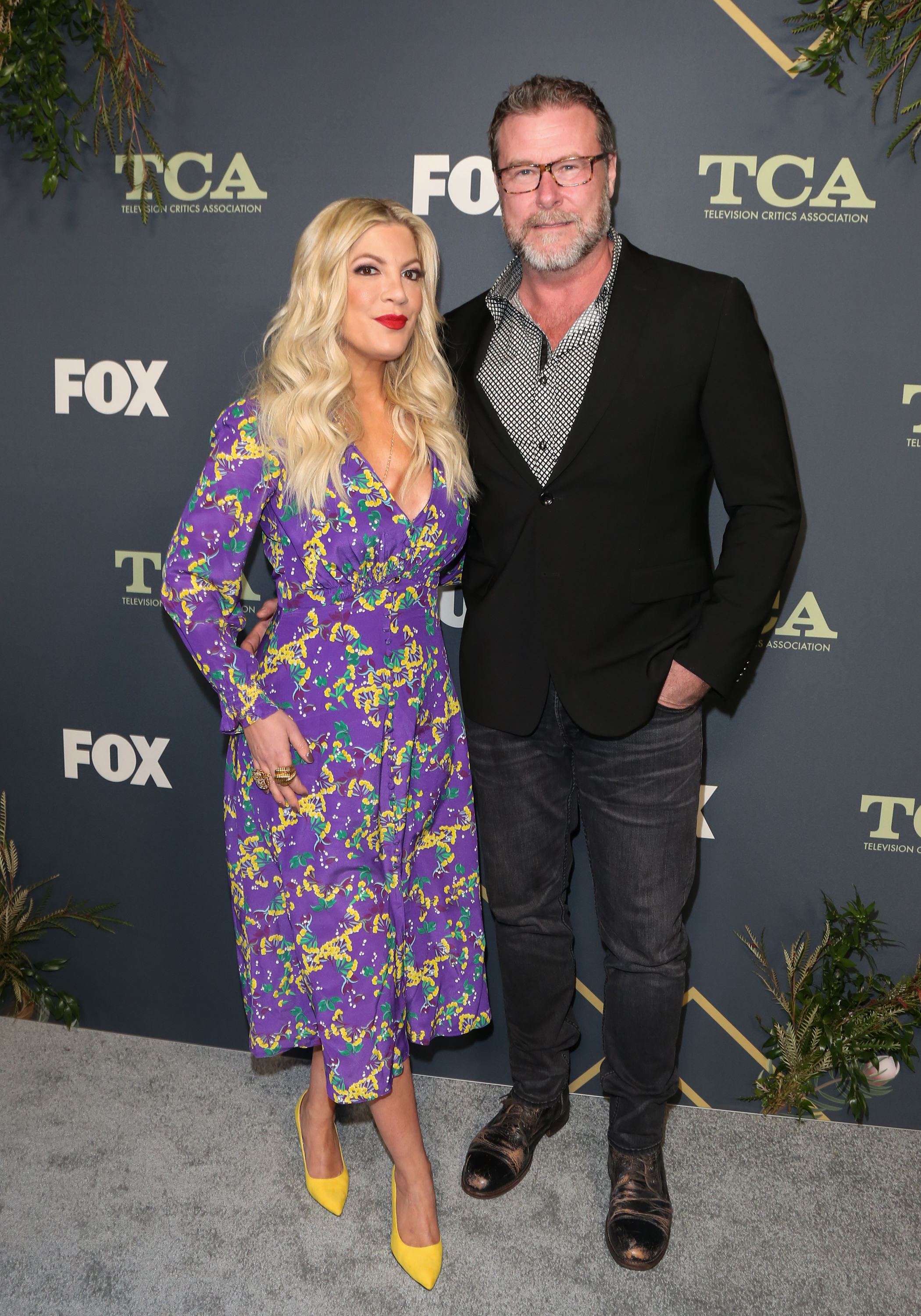 Beverly Hills 90210 star Tori's husband uploaded a snap of the dog looking peaceful, with his eyes closed and resting on a towel.

A handful of flowers had been placed on his side while Dean's tattooed arm was seen stroking the mutt's face.

He wrote: "This beautiful guy Arthur Bear McDermott got his angel wings today.

"This man survived being abandoned during the Wolsey fires, and found us. He was such a sweet man and loved our family.

"God bless you Arthur, have fun with all the ones that we’ve lost along the way, and now you have found found in heaven.

"See you down the road," before adding the hashtags "#mansbestfriend #arthur."

Tori and her family have a variety of pets, including goats, guinea pigs, snakes, bearded dragons and hamsters, many of which are rescued.

Dean and Tori's grief comes amid rumors the pair were set to split.

The Sun exclusively told how he "wants to file for divorce" but "can't afford it."

Dean and Tori have not been seen together in months, sparking rumors the pair broke up – but a source told The Sun that while "Dean wants to file – he just can't afford it.”

“Tori and Dean are totally stuck together right now. Neither of them can afford to go through divorce proceedings.”

Their financial burden is significant.

The source noted: “They have five kids and a ton of pets," and added on top of the expenses "Their home is always a disaster- it's just a total mess.”

The insider added: “Right now divorce isn't on the horizon because they can't swing it financially. They are in a living nightmare.”

Tori and Dean sparked split rumors after they ditched their wedding rings and hadn’t been seen together in months.

A source previously told The Sun that when Dean was working on projects in Canada recently that "He was happy to be going away and he was ready to be done with his marriage when he returned.”

When Dean got back from his trip he was greeted with “bills that had piled up. And a lot of those bills are in part because they have so many pets.”

The source added that not only are the pets expensive, but they create “a huge mess. It’s just another thing they fight about.”

Not only are Tori and Dean constantly fighting, but they also aren’t sleeping together.

The insider added: “They don’t share a bedroom. They are sort of stuck. He financially can’t afford to really move out right now."

The couple appeared to have called a truce last month as Dean gushed over his "amazing" wife and said he was "so proud" of her.

Tori's post showed her sporting a floral dress as she posed next to an E! News sign.

The mom-of-five announced in the caption that she will be co-hosting Daily Pop with Morgan Stewart and Justin Sylvester.

Dean responded: "You look amazing!!! So proud of you!!"

The couple were also pictured together at an event last week – the first time they've been seen together in months. 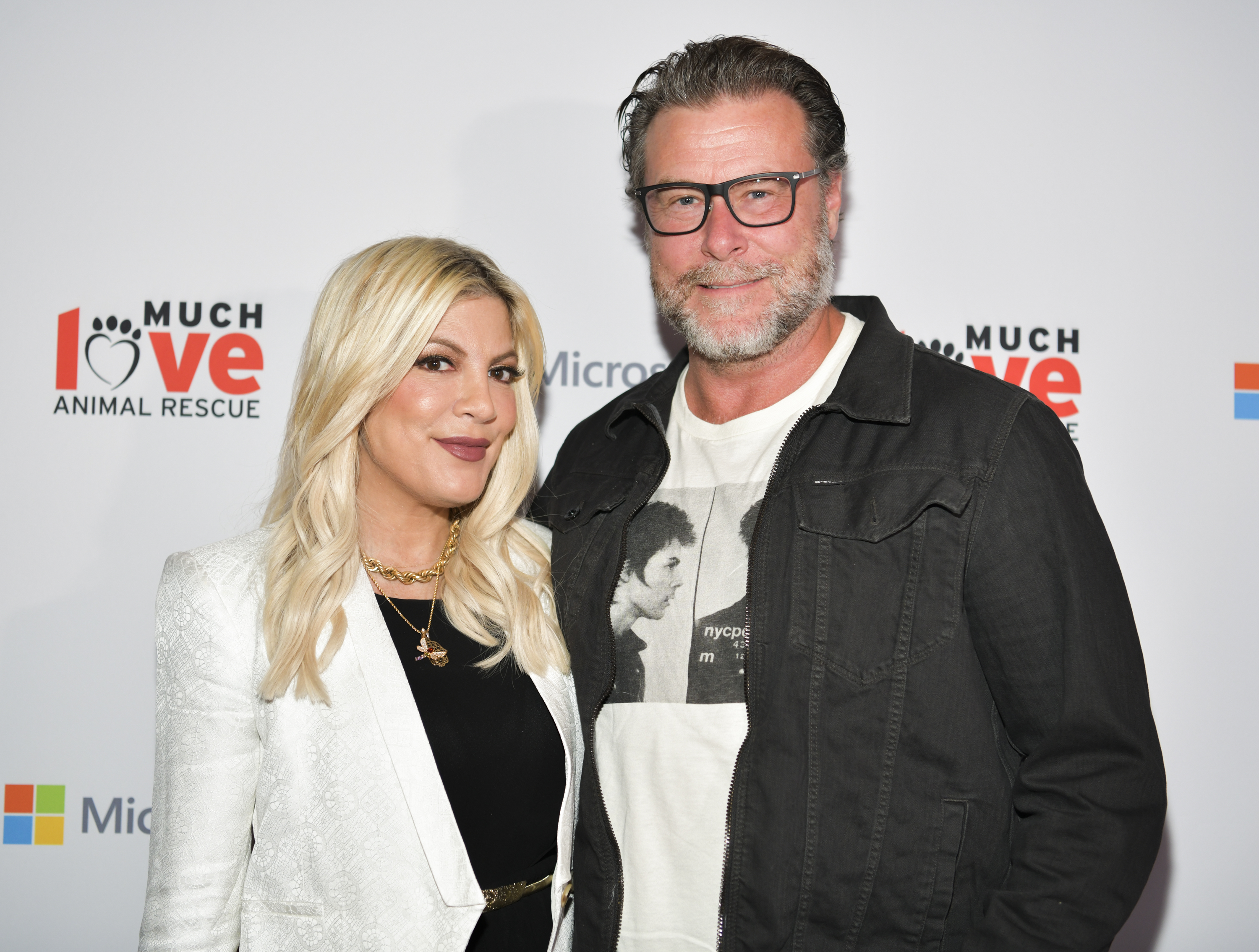 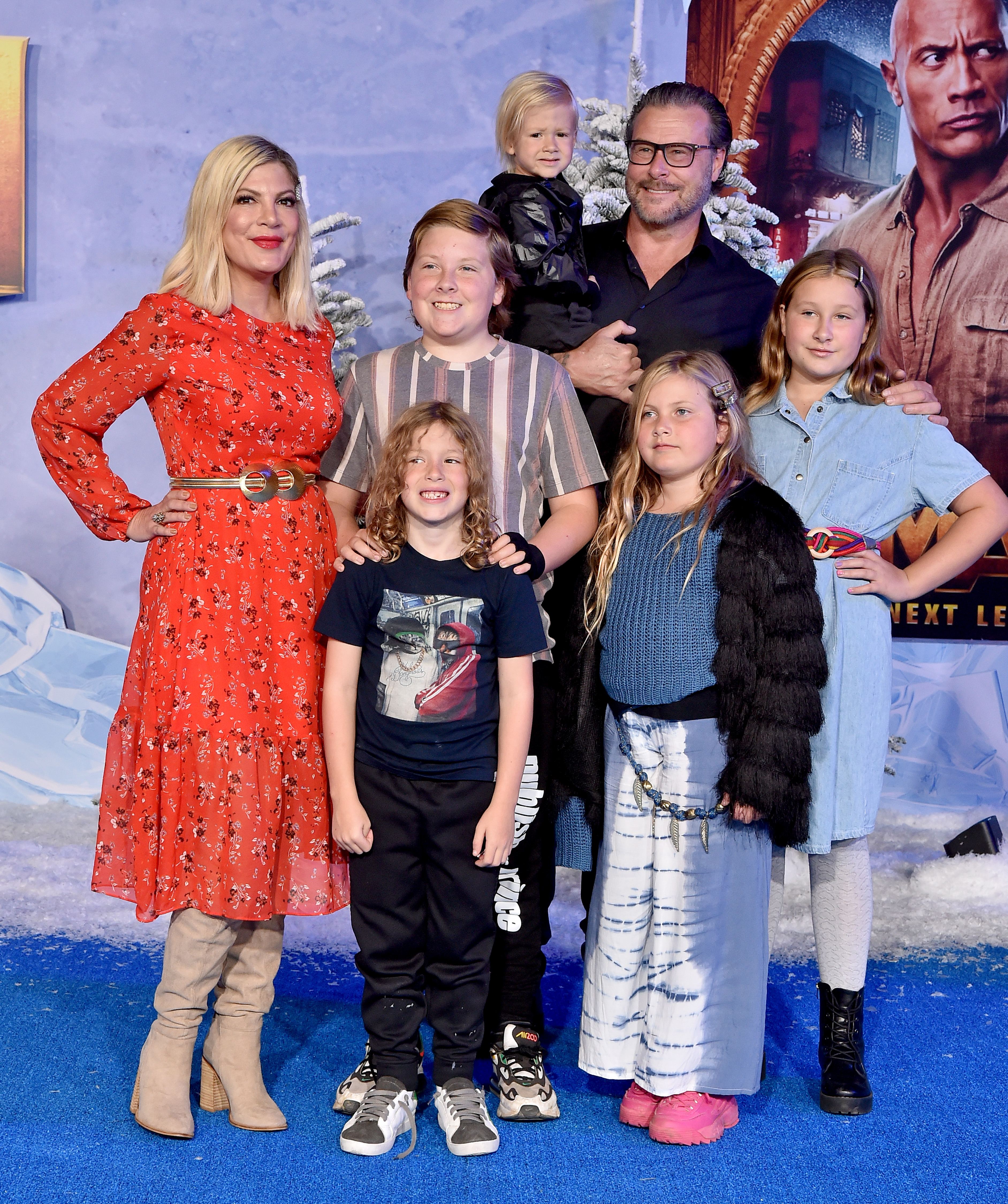 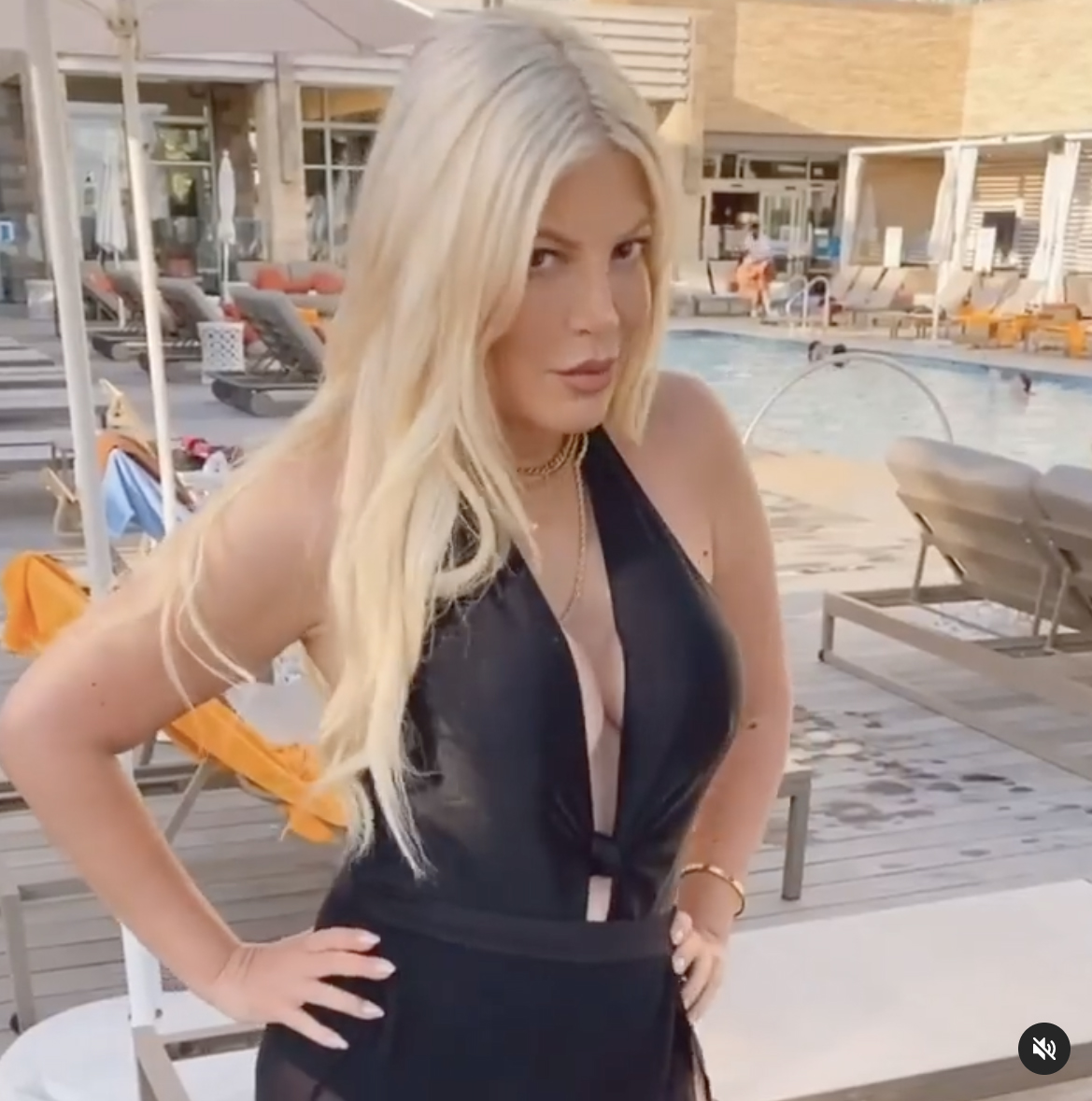