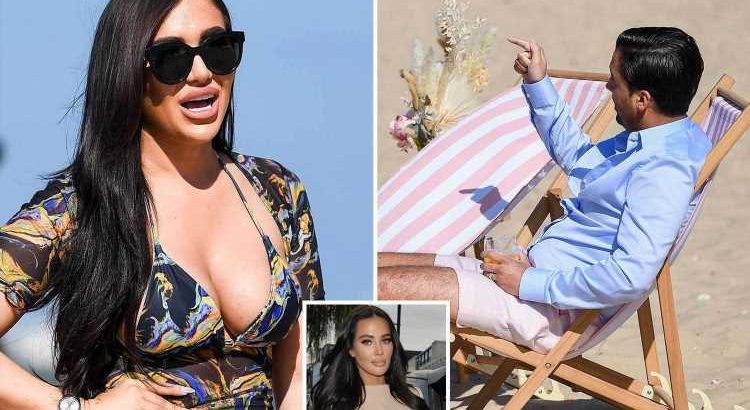 THE Only Way Is Essex stars James Lock and Chloe Brockett had a blazing row after their fling behind Yazmin Oukhellou.

James, 34, and Chloe, 20, were spotted filming scenes for the upcoming season of TOWIE when they burst into the very public row. 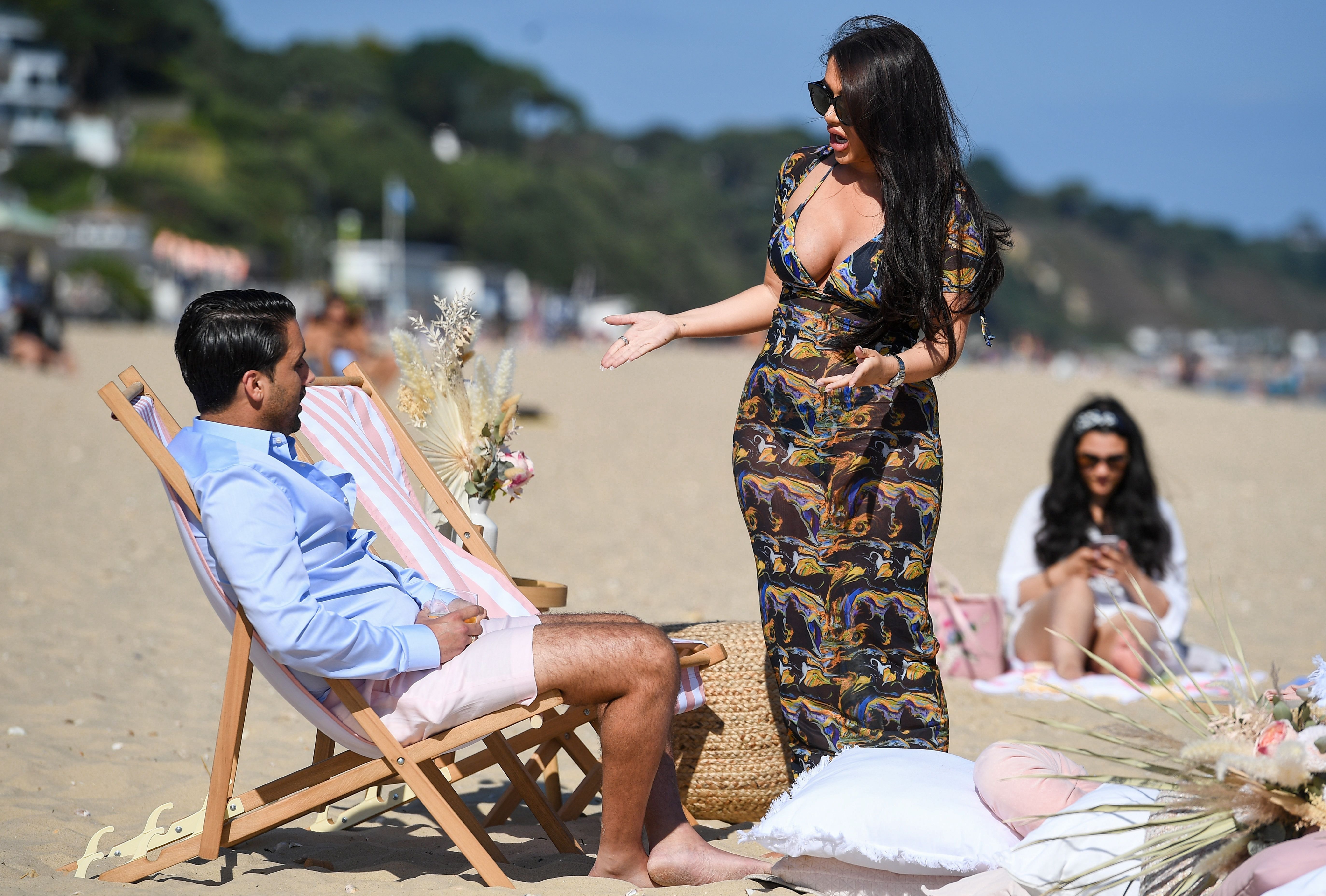 The pair had been set up on sun lounges with a beach picnic in front of them in what looked like a romantic date, when Chloe stood up in anger.

Wearing a sheer cutout maxi dress with matching bikini top, Chloe appeared to be very unhappy with James, who remained sitting in white shorts and a blue shirt.

James sipped his drink and looked off into the distance as Chloe tried to get her point across.

A lot of finger pointing was exchanged between the pair, with James eventually standing up and before Chloe stormed off.

Their public row comes after The Sun revealed this month that James had a secret fling with Chloe.

And sources revealed that when his ex Yazmin found out, she was furious.

She had quit the show earlier this year but is now set to make a dramatic return and confront both of them.

A TOWIE source said: “Lockie and Chloe had seen each other a few times and Yaz found out.

“Yaz is furious with Chloe and can’t wait to get her hands on her.

“Lockie says he regrets it and has tried to shift the blame on Chloe."

Lockie and Yaz had been on and off for four years until they finally split in February this year while on a work trip to DUbai.

Lockie said: "We tried to make it work and we really thought it was going to be different this time but things don’t always work out as you’d expect.

"I have a lot of love for Yaz and a huge amount of respect for her but we’re just better apart."

She added: “I love James but we’re not good together.

"It couldn't go on the way it was so I told James we should end things and he agreed."

Days later she told how she had quit the ITVBe show for good, with a Towie spokesman saying: "Yaz has decided to stay in Dubai to pursue a career in real estate so she won't be starting this series of The Only Way is Essex.

"We support this decision and wish her well in this new venture.

"As with other cast, the door remains open should she return to Essex."

In July, The Sun revealed ITV bosses had axed at least ten of their cast including long-term stars Courtney Green and Chloe Meadows.

The month before, Lockie was seen putting on a cosy display with multiple women in a rooftop bar in London with pal Pete Wicks.

Then in July he was seen getting cosy with a number of women on a night out in London and in May he was spotted with Love Island star Rachel Fenton.

That month it emerged that Yaz had been seeing Lauren Goodger’s jailbird ex Jake McLean. 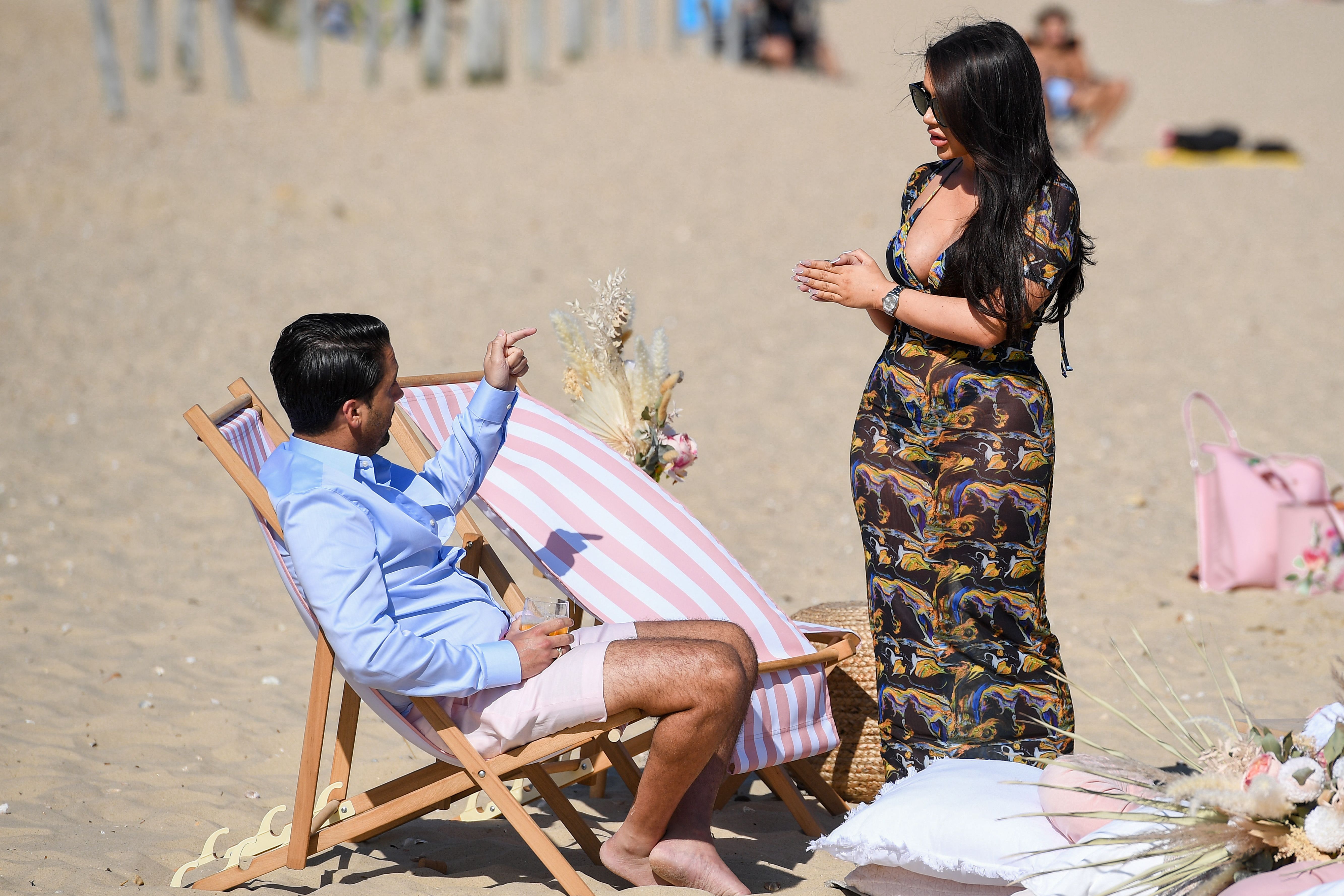 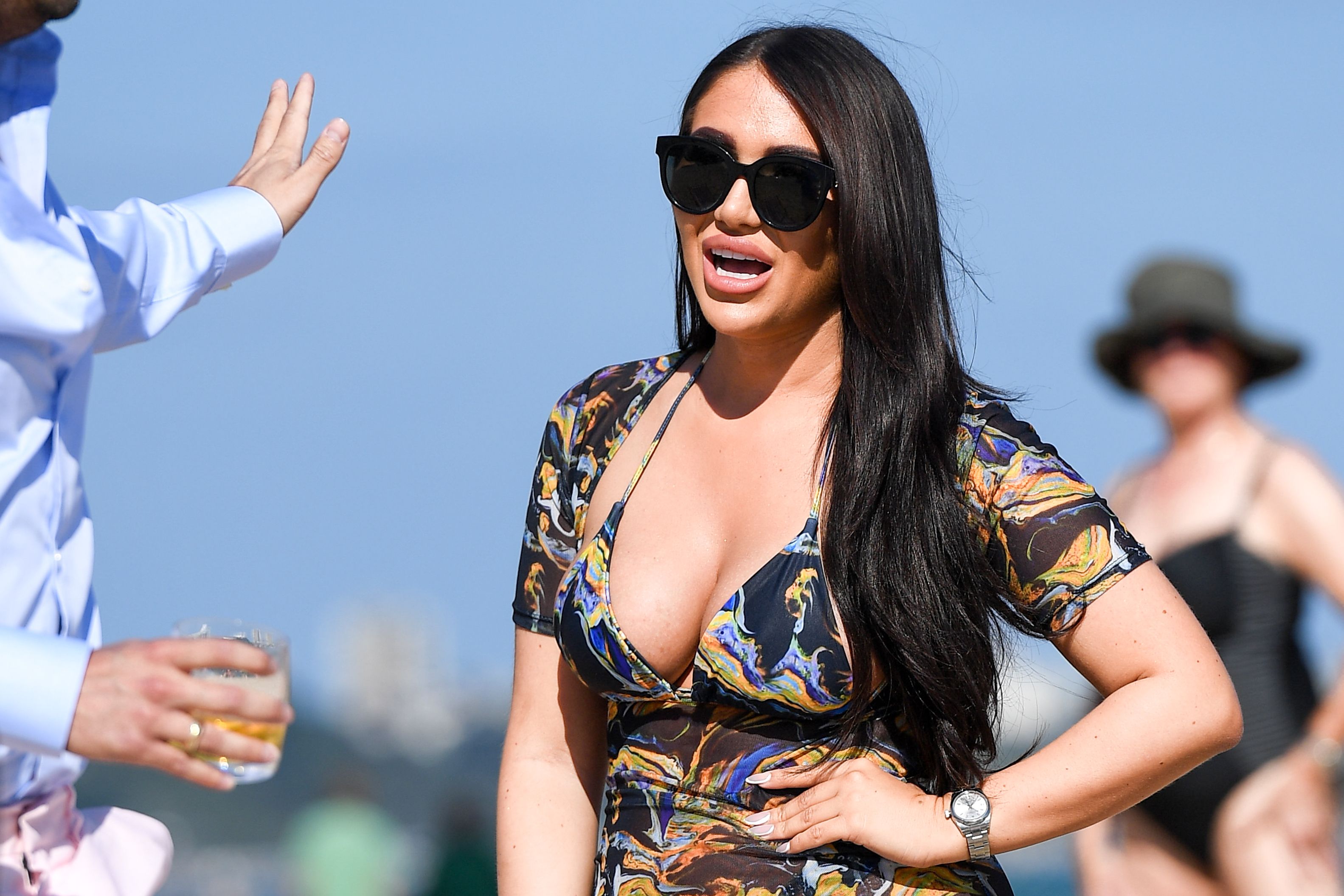 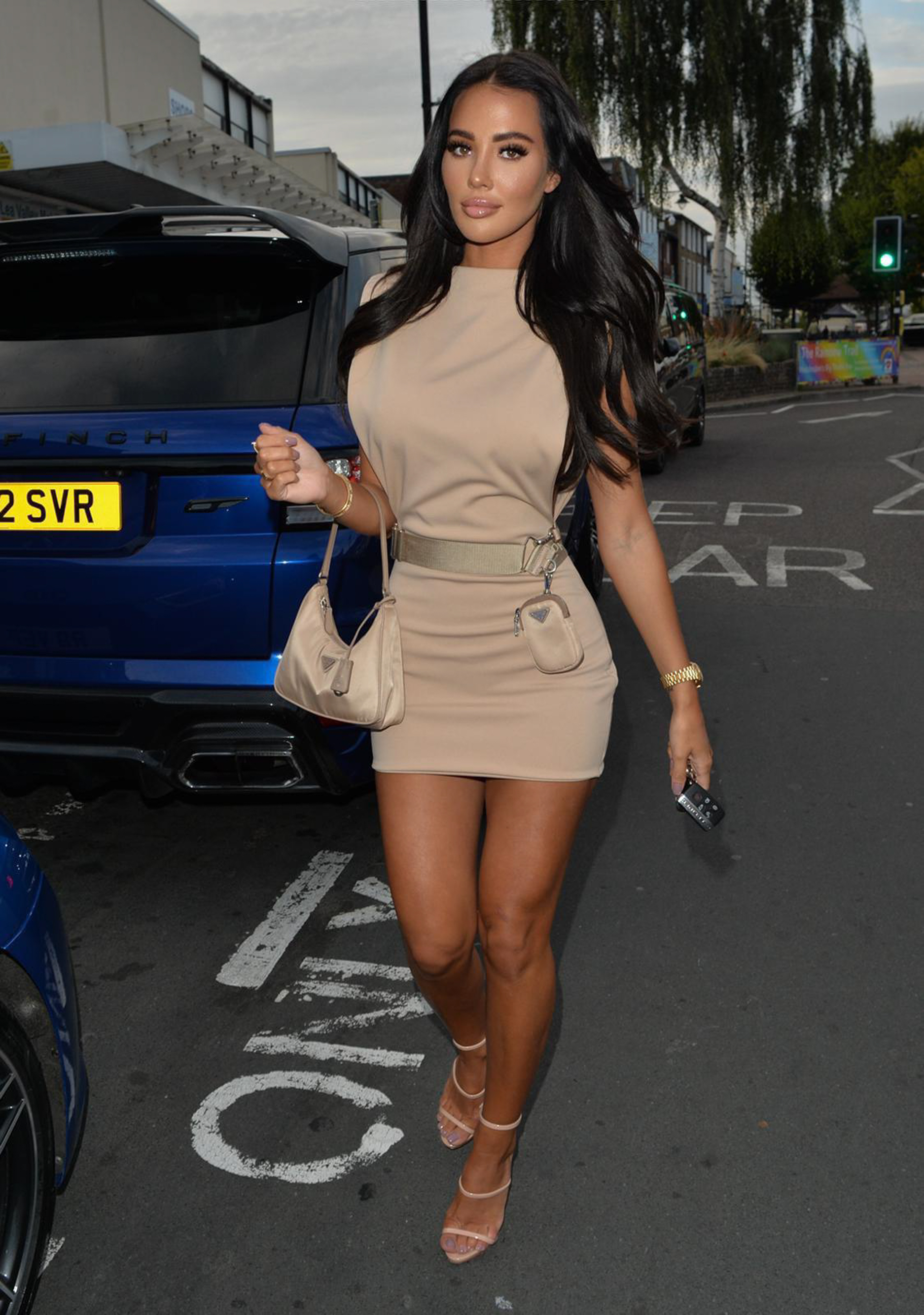 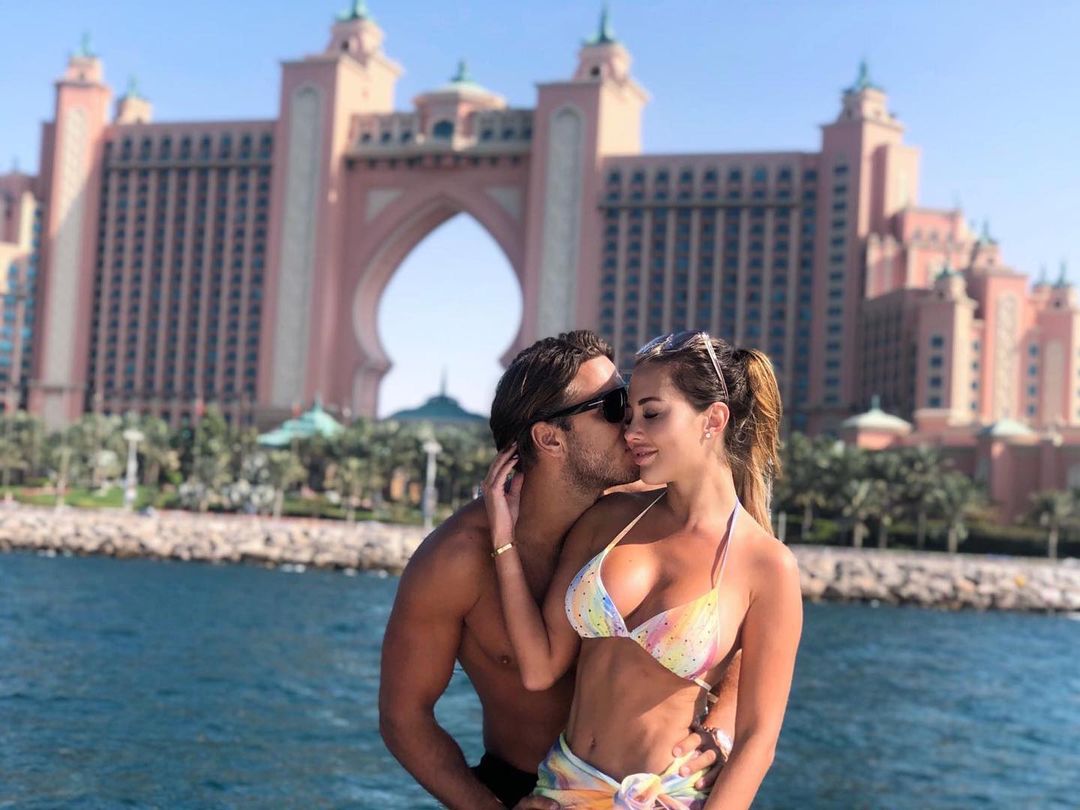