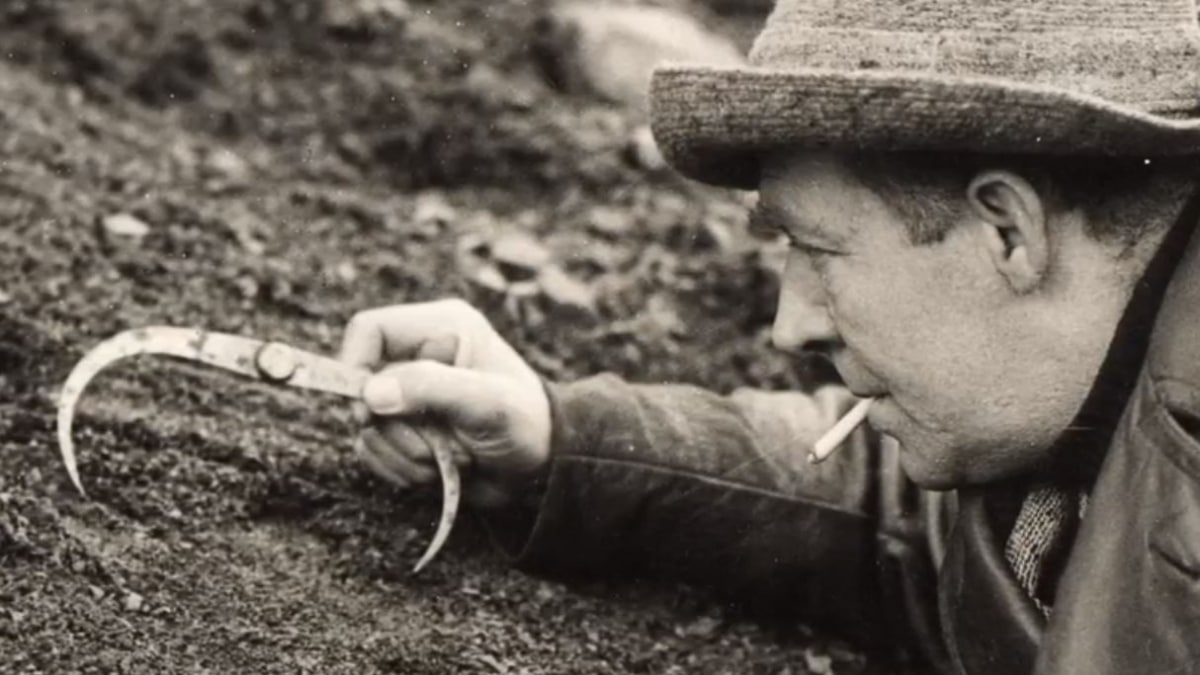 Historical hoaxes are always fun to unravel. On Sunday’s Loch Ness: New Evidence, the biggest whopper for the ’30s in Scotland was thanks to a man named Marmaduke Wetherell who pulled a fast on the Daily Mail.

Wetherell was a big-game hunter, and he was hired by the Daily Mail as an expert to find the Loch Ness monster. And as a result, the truth prevailed, and the man’s reputation was shattered forever.

In our exclusive clip, we see stills of famous big-game hunter Marmaduke Wetherell in action. He plaster casts what is purported to be Nessie (the Loch Ness monster’s nickname) footprint.

It was in December 1933 as Loch Ness fever was in full swing. London’s Daily Mail newspaper was on the story, as they commissioned Wetherell to locate the monster. The problem was, he produced a footprint of a hippo some trophy hunter fashioned into an ashtray.

The documentary explores fact and fiction, especially the over-the-top hoaxes that fooled the world mixed with compelling information, presented by world-famous cryptozoologist Loren Coleman. Also covered is new video evidence provided by eyewitnesses who spotted something in the water.

In this special, Dr. Neil Gammell of the University of Otago in New Zealand gathers up DNA samples from the waters of Loch Ness. He is searching for proof that a mythical monster lurks beneath its waves in new Travel Channel special.

Wetherell claimed these large footprints on the shore belonged to Nessie. After zoologists from the Natural History Museum inspected the finding, it established the tracks were identical to an ashtray with a hippopotamus leg as its base.

Many believe Wetherell created the tracks because he thought he could get away with it and bask in the glory of being a noted adventurer explorer.

The Travel Channel show is all about Nessie, from tales of a monster lurking beneath the waves of Loch Ness which terrified people in the Scottish Highlands for centuries.

Gemmell and his team collected water samples from all over the Loch, filtered for eDNA fragments, in a bid to test the leading theories.

Is Nessie a giant sturgeon? Or some ginormous catfish? An eel perhaps? Maybe a dinosaur holdout that survived over time.

This fever was fueled by the famous black and white “Surgeon’s Photo,” taken in 1934. However, Gemmell’s new evidence is sure to launch a whole new generation fixated upon proving that the Loch Ness monster exists.

On September 5, 2019, Dr. Gemmell and his team announced the results of their astonishing study.

“Our cameras have been behind the scenes capturing all of the drama and finally revealing that several leading theories can be scientifically dismissed. Now, the most thorough eDNA study of the loch in history will have its day in the spotlight,” said Matthew Butler, general manager, Travel Channel in a press release.

The scientific community loves to examine the evidence of Loch Ness: from photographic studies in the 1930s to the formation of the Loch Ness Investigation Bureau. In the 1960s 1000 active members were surveilling the Loch around the clock in search of the monster.

In the 1970s, the search incorporated the widespread use of submersibles and submarines and then advanced to sonar searches were introduced in the 1980s.

Also covered is the work of Adrian Shine. Shine’s 1973 expedition was done with a homemade submersible to explore the depths of Loch Ness in hopes of finding Nessie.

“Spectacular archival footage of this expedition survives to this day. In 1987, Shine conducted an even more ambitious expedition – Operation Deepscan – a complete sonar mapping of Loch Ness. Something mysterious was detected at a depth of nearly 600 feet … though no one could say precisely what it was.”

Professor Gemmell added in the press release: “Perhaps the most lasting legacy of this adventure will be that millions of people now know about the power of eDNA to understand, monitor and protect our environment.”