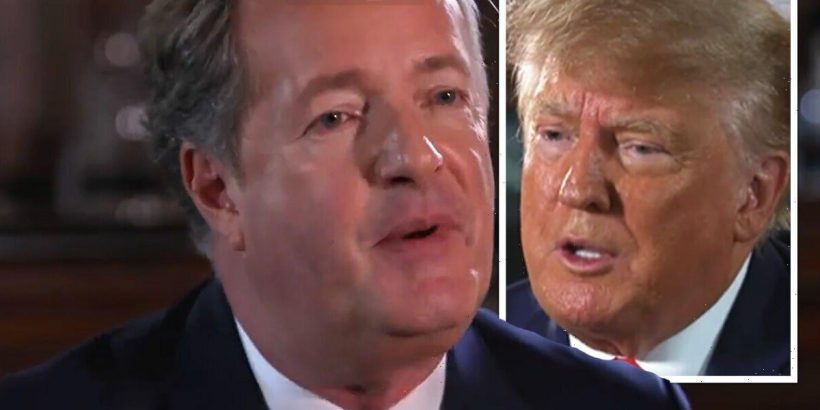 The former Good Morning Britain presenter is set to return to screens on Monday with his new TalkTV show Piers Morgan Uncensored. The broadcaster announced on Wednesday that his first guest will be former US President Donald Trump. However, in a teaser clip released ahead of the interview, Trump storms off after clashing with Morgan.

Morgan shared the news of his first TalkTV guest with his Twitter followers.

In the clip, Trump sits down with Morgan and says: “Okay, Piers I’m ready.”

“I’ll be completely straight to you to your face,” Morgan tells the former US President.

“I think I’m a very honest man,” Trump remarks. “Much more honest than you.”

Discussing Trump’s defeat in the US election to Joe Biden, Morgan says: “It was a free and fair election – you lost.”

“Only a fool would think that,” Trump hits back.

“Do you think I’m a fool?” Morgan asks and the politician reveals: “I do now.”

“With respect you haven’t produced the hard evidence,” Morgan argues.

Cutting the TalkTV host off, Trump exclaims: “Excuse me!”

As the pair continue to clash, the former US President announces: “Let’s finish up the interview.”

Trump then walks off while ordering: “Turn the camera off, very dishonest.”