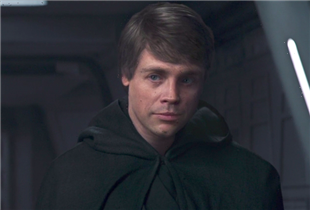 Good news for Star Wars fans in need of a fix: A special episode of Disney Gallery: The Mandalorian, about Luke Skywalker’s surprise return in the Season 2 finale, will premiere Wednesday, Aug. 25 on Disney+.

The installment highlights the technology used to recreate Luke Skywalker and the collaborative process with his portrayer Mark Hamill. The program also explores “the immense pressure and responsibility the filmmakers had in bringing back one of the most important characters in film history,” per the official release.

* The Young and the Restless‘ Michael Mealor confirmed on Instagram that his time as Kyle Abbott on the CBS soap is “coming to a close.” The actor went on to note, “The last three and a half years has been a truly humbling and life changing experience. I wouldn’t have been here this long without the love and support y’all have shown me throughout every inch of this ride!”

* James Corden (The Late Late Show) and Sally Hawkins (The Shape of Water) will star in the Amazon Prime series Mammals, our sister site Deadline reports. Specific plot details are not yet available.

* Disney+ has unveiled a trailer for Behind the Attraction, a 10-part series, narrated by Paget Brewster (Criminal Minds), that draws back the curtain on the most beloved attractions and destinations at Disney Parks and Resorts around the world. The program debuts Wednesday, July 21, with five episodes at launch, and five additional installments coming later this year.

Which of today’s TVLine Items pique your interest?