Tyra Banks’ long-awaited sequel to Life-Size finally has a release date – and it’s just around the corner.

The TV personality and actress took to Twitter on Friday (October 12) to announce the film’s US premiere date on Freeform, which is December 2 this year.

Along with a poster for the release, she tweeted: “#LifeSize2 premieres December 2nd! Are you ready to shine brighter and farther?”

The follow-up to the 2000 original – in which Banks plays a Barbie-like doll named Eve who comes to life to help a young girl (Lindsay Lohan) deal with the death of her mother – has been hotly anticipated by fans for 18 years.

Back in July, Banks revealed that Lindsay Lohan won’t feature in the sequel, despite raising fans’ hopes that her original co-star would indeed be a part of the movie. 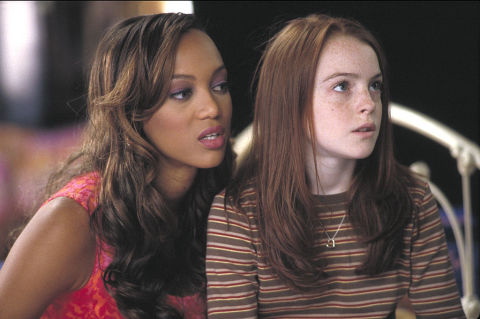 Banks told Entertainment Weekly that she was hoping Lohan would come back, saying : “I really, really want her to [return]. We’re talking about it right now. She has got to come back!”

However, Lohan won’t star in the film due to a scheduling conflict with her upcoming MTV reality show.

Banks has since confirmed that her co-star in the sequel will be Grown-ish and The Secret Life of the American Teenager star Francia Raisa.

Life-Size 2 premieres Sunday, December 2 in the US as part of Freeform’s 25 Days of Christmas. A UK date is yet to be confirmed.