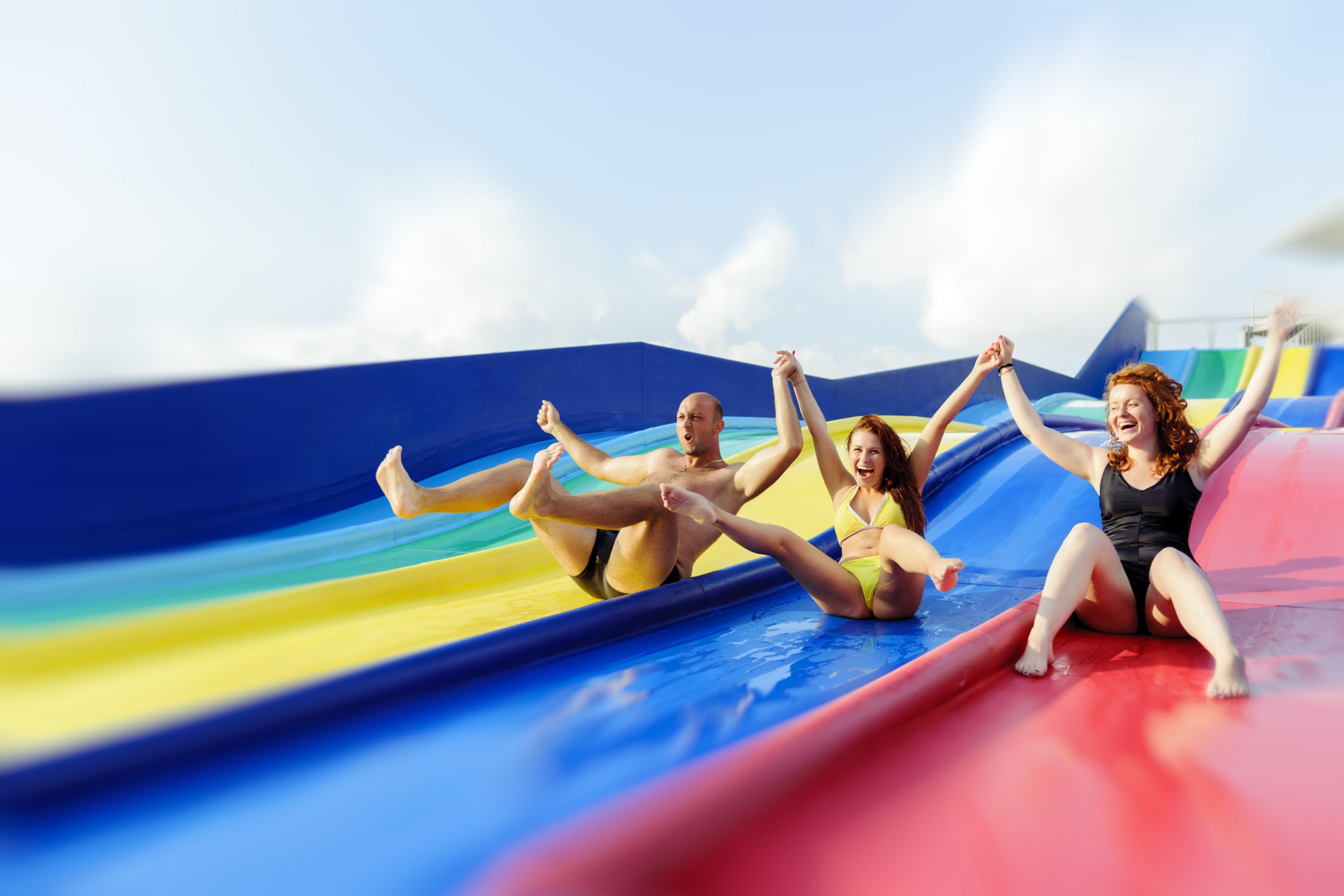 Upcoming NBC show Ultimate Slip N Slide has reportedly been pulled from the schedules following an explosive diarrhoea outbreak – making it, quite literally, a s*** show.

The game show hosted by Bobby Moynihan and Ron Funches will no longer be airing next month, according to Deadline.

The show was due to premiere on August 8 following the closing ceremony of the Olympic Summer Games. However, the show will not be ready to air following the event in Tokyo.

It comes after the production on Ultimate Slip N Slide was halted on June 2 after crew members tested positive for giardia, a microscopic parasite that, when swallowed, causes diarrhoea.

It was reported last month that up to 40 people were hit by ‘awful explosive diarrhoea’ which left people ‘collapsing’ on set and ‘being forced to run into port-o-potties’.

The NBC show had one week of filming left to complete when the shoot was suspended.

A statement from Universal Television Alternative Studios read: ‘The health and safety of everyone on our set is our number one priority, so out of an abundance of caution we have made the decision to stop production of Ultimate Slip ‘N Slide at the current location.

‘We are in the process of determining next steps in order to complete production.’

According to NBC, Ultimate Slip N Slide ‘takes Wham-O’s classic 1960s outdoor game into a wet-and-wild water park filled with slippery slides that will give competitors a chance to win a big cash prize’.

Teams of friends, siblings, couples and colleagues will face off in tasks like Human Pong, Body Bowling, Cornhole and Bocce Fall to win.

It was previously confirmed that hosts Bobby Moynihan and Ron Funches were not been affected by the outbreak.