The Bold and the Beautiful is one of the most popular and longest-running soap operas in American television history. The show has been running on CBS for 33 consecutive seasons, and the soap opera shows no sign of slowing down.

Part of the show’s popularity comes from the various celebrities that have made cameo appearances over the years. Cameos are a fun way quickly introducing an exciting new character to a soap opera and are a fun way of injecting some star power into a show that focuses on the same people for years.

One of these cameos, which was turned into an extended role, was made by musical popular artist Usher. 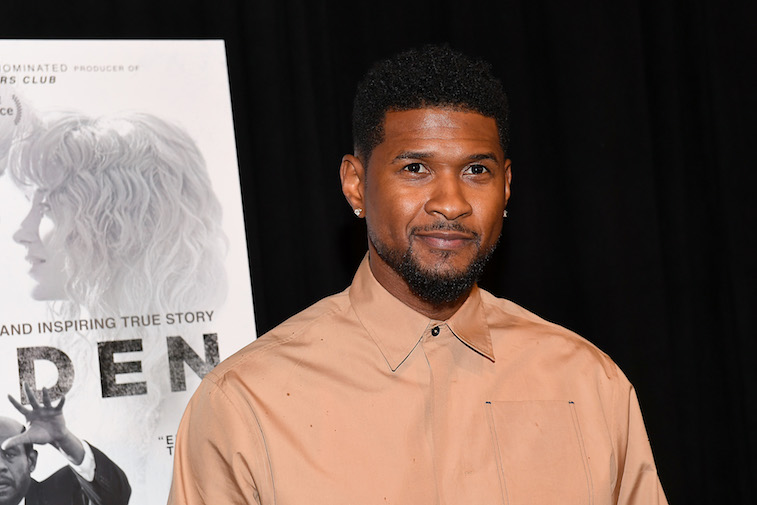 Usher Raymond IV was born in Dallas, Texas, and began his rise to superstardom with the release of his debut album Usher in 1997. The eight-time Grammy Award winner is one of the most popular musicians of the 21st century.

Known for such hits as Yeah!, DJ Got Us Fallin’ In Love, Confessions Part II, and many more, the talented musician has captured the hearts of fans around the world.

Usher is also known for his discovery and management of a young Canadian singer named Justin Bieber. Usher found while watching the future pop idol Bieber while watching YouTube videos.

Besides his success in the music business, Usher also has built a successful acting career. His roles include appearances in the films Muppets Most Wanted, Scary Movie 5, and Hustlers, which stars fellow singers turned actors Jennifer Lopez, Cardi B, and Lizzo.

He has also had roles on popular television shows 7th Heaven, Sabrina the Teenage Witch, and Moesha. One of Usher’s first acting roles was in 1998 in one of the most popular soap operas in history, The Bold and the Beautiful.

Usher’s appearances on ‘The Bold and the Beautiful’

The Bold and the Beautiful follows the ups and downs of the lives of many characters, many of which are in the Forrester family. The Forresters are at the top of the Los Angeles fashion scene.

The family interacts with a number of other characters, including appearances from celebrities like Usher. Usher’s cameo on The Bold and the Beautiful was as Raymond, which is fitting as it is his last name. Much like the actor who played him, Raymond is an up and coming singer that is very talented and popular.

Raymond’s storyline mostly involved a romantic relationship with Amber Moore (Adrienne Frantz). In his Celebrity Week episode, Raymond and Amber flirt while at the Insomnia club.

Raymond then takes the stage to serenade his love interest by singing My Way, which causes drama between Amber and her friend C.J. Garrison (Mick Cain). C.J. is upset because Amber is supposed to be in a committed relationship, but openly flirts with Raymond.

Usher’s time on the show lasted about 12 episodes and involved a possible child with Amber. The popular character was eventually brought back in 1999 to continue the storyline, but played by a different actor named Karim Prince.

Usher’s portrayal of the soap opera character was celebrated by many fans during the show’s Celebrity Week.

Fan reactions to Celebrity Week on ‘The Bold and the Beautiful’

RELATED: ‘The Bold and the Beautiful’ Fans Might Hate Brooke, But There’s No Denying She’s a Legend

Due to the precautions necessary because of COVID-19 concerns, many entertainment products have been on shooting hiatus. This is true for The Bold and the Beautiful.

Instead of playing new episodes, the showrunners have decided to air special theme weeks. These themes include an epic wedding week, a fashion week, and a celebration of the show’s celebrity appearances like Usher’s.

The popular singer’s appearance was celebrated on social media, as fans enjoyed seeing Usher before he became a megastar. Some fans even called for Usher’s character to return, which in the world of soap operas is never impossible.