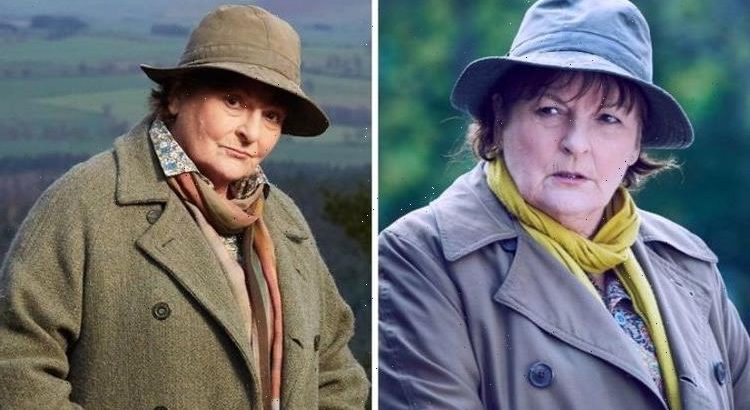 Fans of the hit detective drama are still waiting on the third episode of the latest series, which is expected to air on ITV sometime next year. In the meantime, Vera Stanhope returned to the page last year in Ann Cleeves’ latest novel The Darkest Evening, which Brenda Blethyn can’t wait to adapt to television.

The latest Vera novel from crime author Ann Cleeves could provide the basis for the television series’ first Christmas special.

Season 11 began this August, but just two episodes have been shown so far after production for the series was postponed during the coronavirus pandemic.

Thankfully, there are still plenty of Vera novels for die-hard fans to consume, including the latest instalment The Darkest Evening.

“The Darkest Evening is a great read,” she said. “A terrific story.”

It would also give viewers a chance to discover more about the seasoned detective, as the ninth book in the series delves further into her family’s dark history than ever before.

“Telling a little more of Vera’s background. I would love to film it one day.”

Book Nine is also unique in Ann Cleeves’ Vera novels as it is the first in the series to be set around the holidays.

The mystery begins when Vera becomes lost in the snow driving home.

She soon discovers another car has careened off the road, leaving a crying toddler strapped in the backseat.

Retrieving the child, she continues on to Blackburn, the Northumberland house where her father Hector grew up.

As she starts to uncover her family’s secrets during the party inside, a woman lies dead outside in the snow waiting to be found.

This particularly dark chapter in Vera’s story would undoubtedly make for thrilling viewing for crime fans during the winter months.

Blethyn continued: “There is a lot of snow in it so it would be a great Christmas special.

Speculating where the episode could be filmed, she said: “Scotland maybe.

“Or Iceland? Or what about Norway? That’d be nice.”

Until then, the actress is currently working on four new episodes of the series set to release next year.

Teasing one of the next episodes, she said: “One of the four new films is As The Crow Flies by Sally Abbott which includes some lovely seaside locations.

“A teacher is found on a very remote part of the coastline. She had made what is thought to be an exaggerated claim to social services about child protection. So we have all sorts of suspects rearing their heads.”

The television series has adapted all but one of Cleeves’ novels so far, so The Darkest Evening could very well be coming to screens in the next few years.

Vera series 11 is available to stream on ITV Hub.