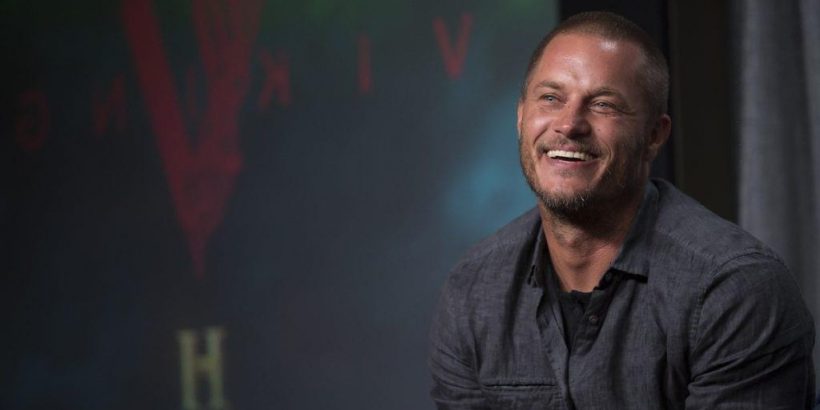 In the popular series Vikings, the main character, Ragnar Lothbrok (Travis Fimmel), abducts a man named Athelstan (George Blagden) in the first raid on England. It changes both of their lives forever, and they become quite close. But some fans might have wondered why Ragnar was OK with sacrificing Athelstan in season 1, episode 8.

Ragnar Lothbrok and Athelstan in ‘Vikings’

Ragnar makes the first journey west to England in season 1, landing in Northumbria. He and some other warriors raid a nearby monastery at Lindisfarne, and it’s there that he meets Athelstan, who is a Saxon monk at the time. Ragnar abducts him as a slave, and he takes him back home to Kattegat with him. But over time, the two become very good friends who are more like family. Athelstan can speak their language as he’s traveled, and he teaches Ragnar many things and vice versa.

Athelstan becomes assimilated into his new surroundings, adopting the Viking culture as his own. He settles into his life in Kattegat as Ragnar’s best friend. However, he’s constantly torn between his two religions, Christianity and paganism, and he’s always questioning what he believes.

Ragnar was going to have Athelstan sacrificed in season 1, episode 8

Uppsala is a religious place where the Vikings sacrifice nine humans every nine years, along with nine of a variety of animals. Ragnar and Athelstan, along with other main characters, make the journey to the site in the first season. Ragnar tells Athelstan about the sacrifices when Athelstan asks what a certain pen is for.

“It’s for the humans who have been chosen,” Ragnar bluntly says.

Athelstan is suspicious that he might be sacrificed, but he really puts two and two together when the Seer (John Kavanagh) asks for him to go with him to where the statues of the gods the Vikings believe in stand. Athelstan talks to a priest, who asks him if he’s there of his “own free will.”

It turns out Ragnar chose Athelstan as a sacrifice. “You have been brought here as a sacrifice to the gods,” the priest tells him.

Athelstan looks surprised, moving his hands, which prompts the priest to look at his wrist. Around it is a necklace and a silver cross, and he rushes out of there pretty quickly. The necklace on his wrist saves his life, as Athelstan isn’t acceptable as a sacrifice now according to The Seer. As Athelstan still believes in his former religion, therefore he isn’t able to be sacrificed as he’s confused about his beliefs.

The Seer explains that someone else from the group must be sacrificed, and Leif (Diarmaid Murtagh) offers himself instead. Athelstan is spared, but it does lead to some questions.

How could Ragnar choose his best friend to be sacrificed? Was he really going to go along with it? There are a lot of questions that spring from the situation. Two years ago, a fan on Reddit titled a post, “I have a question regarding Ragnar and Athelstan [SPOILERS].” They continue: “How come Ragnar was willing to have Athelstan sacrificed to the gods when they went on the pilgrimage to the temple? Why was Ragnar willing to have Athelstan killed there?”

The Vikings sacrificed people every nine years at Uppsala, so it isn’t a new and shocking concept to Ragnar like it is for Athelstan. A fan points out that Ragnar really believed in his gods at the time, and sacrifices were part of their culture and religion.

“Because at that time Ragnar was truly a believer, and what greater gift could a true believer sacrifice to their gods than their best friend/pet monk/love interest?” a fan said.

One fan thinks Ragnar “would have been alright with sacrificing himself if need be, so why not his best bro?”

However, a fan doesn’t think Ragnar really wanted his friend to be sacrificed at all. In fact, his reaction to the whole thing wasn’t one of anger, even making a comment to his friend, “Looks like your god finally came through for you.”

“I don’t actually believe he wanted him sacrificed,” they said. “When it turned out that he was unable to be sacrificed, I thought Ragnar was going to be p*****, but then he said something like ‘It seems your god came through in the end’ or something like that. He wasn’t upset in the slightest and even seemed to be happy about it. Someone had suggested that it was a setup.”

While another fan thinks Ragnar was really “testing” the faith of his friend through the situation. If he had converted, he would have been fine with being sacrificed. But through his confusion, his life was spared.

“I think he was also testing Athelstan’s faith,” a fan added. “He said he believed in the gods and had given up his Christian god. If he truly believed in the gods, he would have been happily sacrificed. But since he still held onto his cross, he was not deemed fit to be sacrificed. And I do agree that Ragnar was happy. But after that, Ragnar starts to question his faith a lot more.”

Fans have varying opinions about why Ragnar “was willing to have Athelstan sacrificed” in the series Vikings.