Netflix released its eagerly-awaited new sequel to Vikings back in February this year. The series takes place in the early 11th century and follows the legendary explorer Leif Eriksson (played by Sam Corlett) and his shieldmaiden sister Freydis Eriksdotter (Frida Gustavsson). The drama series also focuses on the ambitious Nordic prince Harald Sigurdsson (Leo Suter) as he’s locked in a piece battle with the English.

In season one, the trio not only fought English monarchs but also among themselves as they grew divided over Christianity and Paganism.

Their journey took them from Kattegat to England as they sought glory and immortality through their heroic feats.

There was also several sex scenes in the drama including some between Freydis and Harald not long after they met, and another moment featuring Emma of Normandy (Laura Berlin) and Canute (Bradley Freegard).

Fans of Vikings: Valhalla can expect plenty more from the show after Netflix gave the programme a 24-episode renewal, which means there will be both seasons two and three. 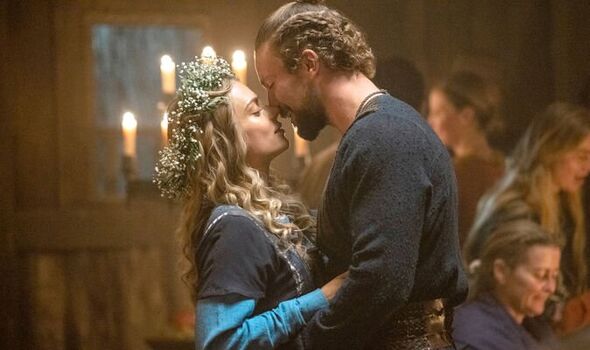 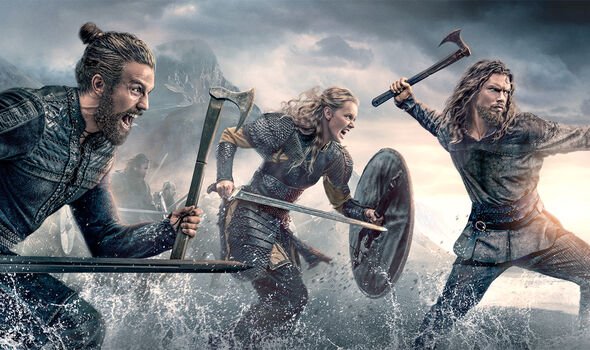 With season two filming now underway in Ireland, fans are likely to get more of these love scenes and intimate moments – but what is it actually like putting these together?

Her process begins with looking at the scripts and figuring out the scenes in the question.

Coffey will then go and speak to the cast members individually before having a wider discussion with a group about the artistic direction of the scene and how the characters would react to these plot lines. 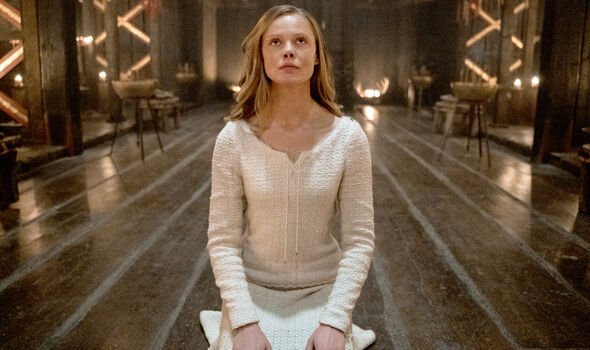 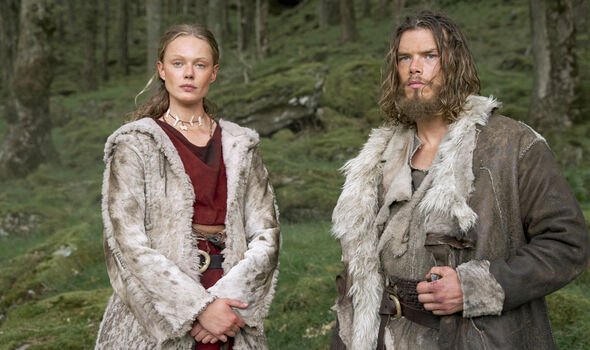 There will then be further discussions involving the more literal aspects of what will happen in the scenes with choreography taking place.

Numerous rehearsals will happen up until the shot, and even on the day of filming there will be more conversations and run-throughs before the scenes are finally caught on camera.

Coffey, who has worked on Outlander and Fate: The Winx Saga, said of Vikings: Valhalla: “It’s great. Again, it’s another series where the intimacy really has to be earned because there’s a lot of fighting in the series.

“This is very much about, ‘Well, we need to have these love scenes to break up some of fights because otherwise what are people fighting for?’ That’s my personal perspective when I look at scripts.”

She continued: “It’s great to be able to work on the relationship-side of things. The loss hits us harder if something happens to somebody because we’ve managed to build a really strong relationship between characters.

“But I find that on a show like this it’s been really interesting to see the development of the role of intimacy coordinator because there are times when a lot of performers need a lot of support on some things that are little different.”

She said part of her job was about ‘de-roling’ and taking an artist out of character after shooting an intense scene.

On how Vikings: Valhalla compared to Outlander, Coffey said: “It’s funny because, they’ve got a lot in common. They’ve both got elements of violence, elements of love.

“I suppose it’s a very different quality of love-making on a series like Vikings: Valhalla versus Outlander.

“Outlander – there’s the love – is at the core of the series in a way between Claire and Jamie, whereas on Valhalla it’s about how we tell how sexual relations happened between people in that time.

“Again, that’s a very different period of time again, which is quite frankly even more violent against women [than Outlander]. And how do we tell those stories respectfully?

“There are different modes of sex that happens between different races, in a way, in something like Vikings Valhalla. You’ve got the English, the anglicised version, I suppose, of what sex is versus what the Vikings’ idea of what sex is, versus the Danish idea which is much freer.”

Coffey added: “So you’ve got all of these different cultural references of how people have sex.”

Vikings: Valhalla season 2 is in production