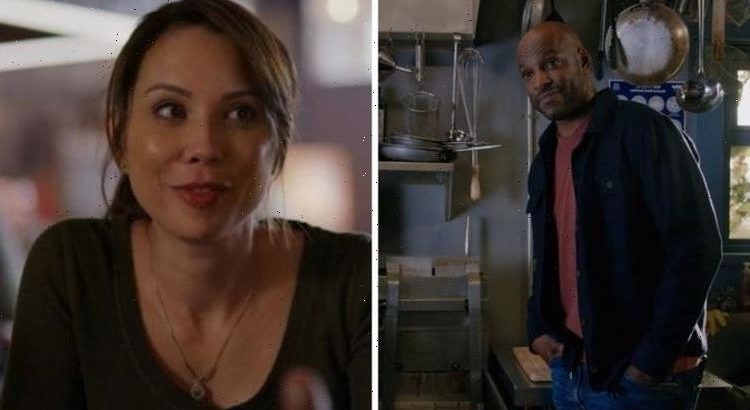 Virgin River has been following the journey of Paige Lassiter (played by Lexa Doig) after she escaped an abusive relationship in Florida. In her new town, she opened up to Preacher (Colin Lawrence), eventually leading her to tell him the truth about her past and once again, having to head on the run. Fans have loved their development over the three seasons of the Netflix series, especially as Preacher is now looking after her son Christopher (Chase Petriw), but now they are speculating on what could be in store for them in season four.

Can Preacher still save Paige?

Netflix dropped season three of Virgin River on July 9, with many fans hoping for a continuation of Paige and Preacher’s story.

While Preacher was in the season with Christopher, Paige was not there are she was on the run throughout the entire story.

This disappointed fans as the character arcs for Preacher and Paige have been the focus of one of the show’s most endearing and dangerous storylines since season one.

Back in season one, Paige first arrived in the town, formerly known as Michelle Logan, and largely kept to herself.

She was running scared from her old life, worried that her past relationship with an abusive ex-husband could catch up to her.

However, once Preacher won over her trust, she revealed her secret, that she was hiding from her former husband, Wes (Steve Bacic).

Just as she revealed the truth, Wes was able to track her down and impose himself into her life once more.

But this was short-lived as Paige pushed Wes down a flight of stairs in an act of self-defence, resulting in his death.

Wes’ brother, Vince (also Bacic) then made his way to the town looking for him, causing Paige to flee once again.

She left Christopher for Preacher to look after before he had the chance to say goodbye.

Since this moment, fans were hoping for Paige to come back in season three, but this was not the case due to the coronavirus pandemic, causing filming for the star to be more difficult.

This was also the case with Hope star Annette O’Toole, who could only make a handful of appearances in season three as she couldn’t fly out to the set.

However, O’Toole is expected to make a return, meaning it is not unlikely Doig could do the same, giving the production a chance to continue her story in a potential fourth season.

Taking to Reddit, some viewers have suggested there is still plenty more Paige story to tell with the potential of Paige coming back, especially since her son is still in the town.

On the Virgin River forum, one user wrote: “We definitely need more Paige and Preacher. Their storyline was rather exciting during seasons one and two and then went totally nowhere in three.”

Another user added: “I agree with all of this, especially the Paige storyline – why on earth would they send her away?”

However, some fans think that the Preacher and Paige storyline needs to come to an end, with a clear division in the fanbase forming.

“Christopher gets sent away or something. Something to end that storyline. And give Preacher a new good storyline.”

However, heading into season four, it looks unlikely Preacher will be in any fit state to save Paige after he was drugged and robbed in the finale by her so-called best friend.

With Paige still AWOL, Preacher incapacitated and Vince now in town after finding Christopher, the future certainly doesn’t look good for the pair.

Virgin River seasons one to three are available to watch exclusively on Netflix.