The Project host Waleed Aly has slammed Alan Jones and both sides of politics for acting in their own self-interest, in a scathing take on the decision to allow horseracing advertising on the Opera House.

The video, a new instalment of Aly's 'Something We Need To Talk About' segment, went viral following its broadcast on Tuesday night, with over 190,000 views on Facebook and 60,000 views on Twitter.

In the to-camera editorial, Aly delved into the "cosy arrangement" that saw politicians from both sides – including Labor's Anthony Albanese and NSW opposition Luke Foley – eager to placate the racing industry's claims on the Sydney landmark to promote this weekend's The Everest horse race. 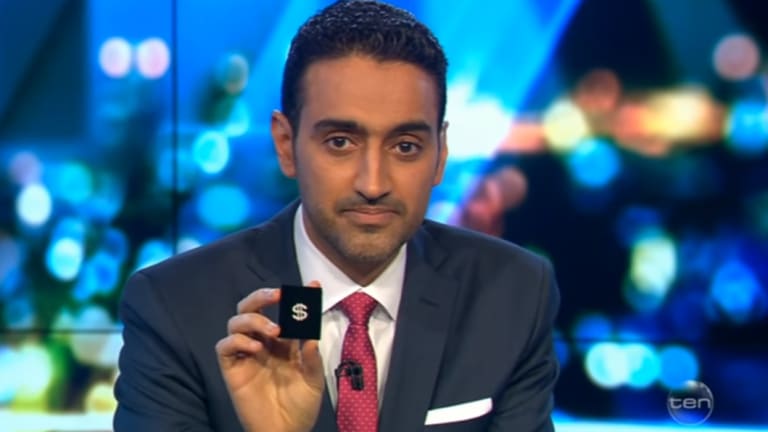 "If you didn't realise that co-opting our most famous national icon to promote a big money horse race that didn't even exist two years ago was always going to piss off a lot of people, you'd have to be seriously out of touch. And sadly, that seems to be exactly where our politicians are," said Aly.

Quoting figures from the Grattan Institute, Aly drove home the point that politicians were looking out for their own interests over their responsibility to citizens.

"More than half of the big parties' declared donations in the last federal election came from just five per cent of donors – and they expect a return on their investment," he said, noting the racing industry had donated $1.5 million to the major parties in 2016-17.

"The Opera House case is a flashpoint because it throws into broad daylight what normally happens in the dark. And politicians are surprised by consumers' – sorry citizens' – outrage, because as far as they're concerned this is just business as usual."

Aly also blasted Alan Jones' role in the furore, citing a Fairfax report into the 2GB broadcaster's own financial stake in horses set to run in The Everest.

"But maybe this week Jones has done us all a massive favour. In one interview, he's pulled back the curtain," Aly added.

"You know that feeling you've had for a few years now that the system is broken, that the people who run it are there for themselves and their mates but not the people?" he asked viewers.

"It's banks charging dead customers for years while pollies resist calls for a royal commission. It's half a billion dollars being given away in secret to the Great Barrier Reef Foundation, no strings attached.

"It's a rich, powerful radio host with a vested personal interest, and an industry that's spent money in all the right places, and it's politicians so captured by them that they're even prepared to override the decisions of those people whose job it is to look after our greatest national treasures.

"And it's multiple parties and governments who figure that since they sold themselves out ages ago, they might as well sell you out, too."

He ended the clip by scorning Scott Morrison's penchant for wearing pins of the Australian flag, and suggesting another pin that might "more honestly" represent our political leaders: a dollar sign.

"We've sent one each to Scott Morrison, Gladys Berejiklian, Luke Foley and Anthony Albanese, and we're asking them to wear them," said Aly. "Not to remind them, but to remind us when we see them who they're really working for."

Aly's address came as over 1000 protestors gathered at the Opera House to disrupt the ad's debut on the buildings' sails on Tuesday night.

The Ten news program has furiously debated the Opera House controversy throughout the week. Monday's episode resulted in a heated exchange between hosts Peter Helliar and Jones' 2GB ally Steve Price, who said he didn't know "what the big deal is" about the controversy.