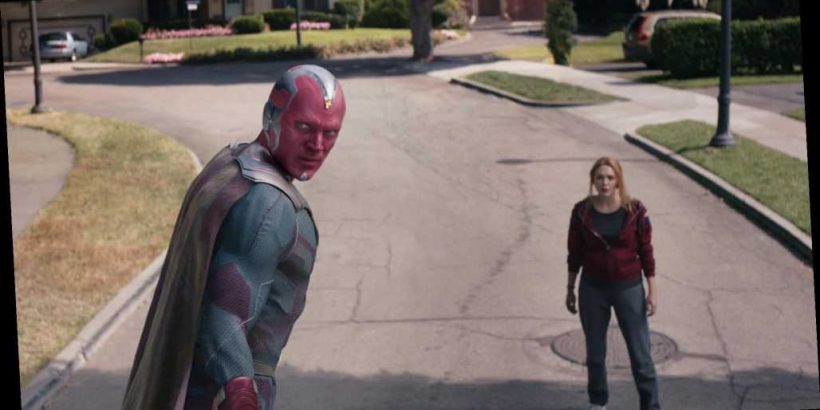 By now, hearing that the COVID-19 pandemic changed TV productions isn’t a surprise. But it’s hard to spot what could have been, of course, if it’s never pointed out to viewers. For fans of WandaVision, the director Matt Shakman did share some tidbits about plans they’d had that were forced to change because of the pandemic, which included cut storylines in the finale and even CGI effects that couldn’t happen. [Spoiler alert: Spoilers ahead for WandaVision]. 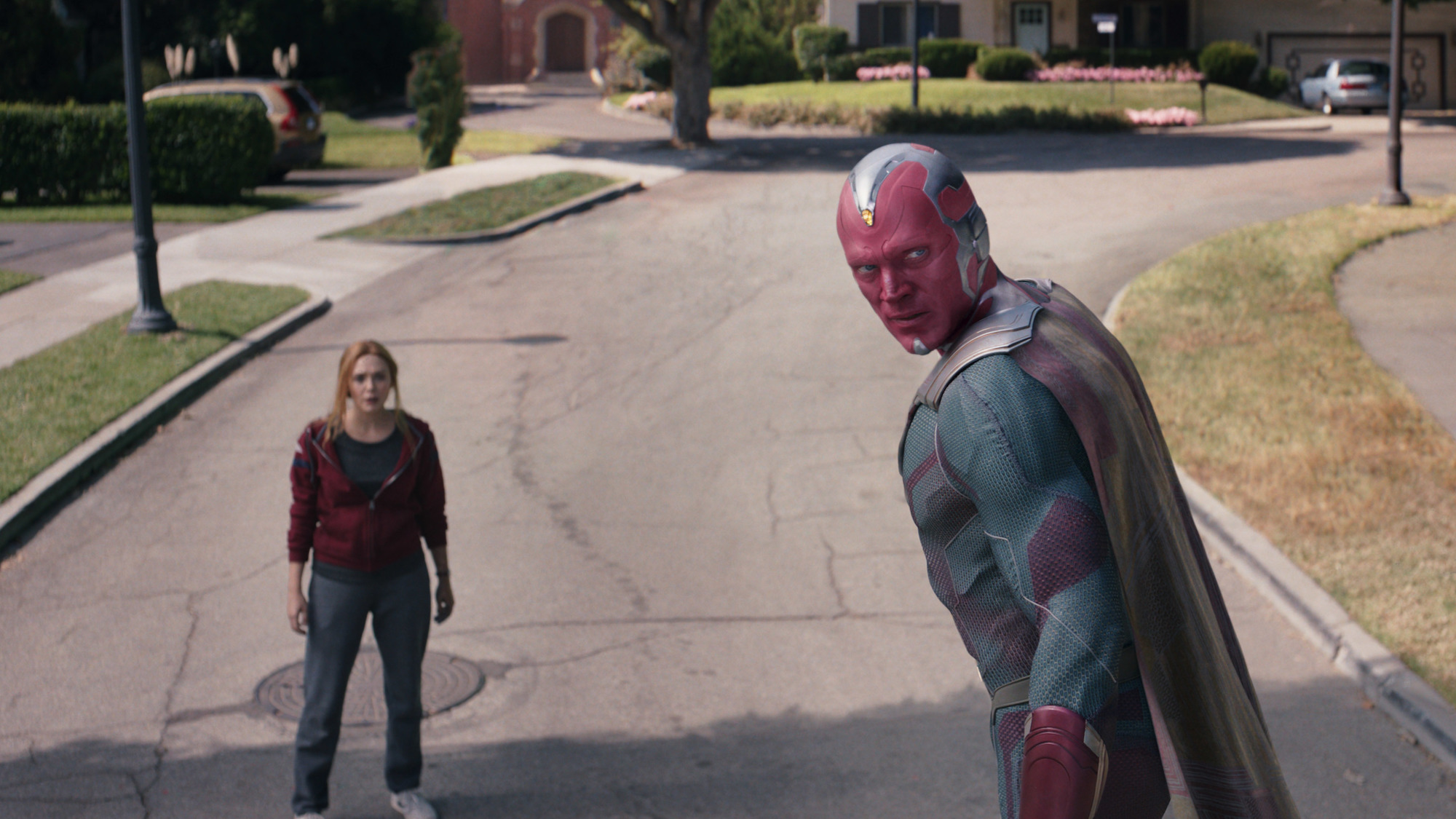 While appearing on Kevin Smith’s podcast, FatMan Beyond, on March 7, after the finale, Shakman talked about how close to the start of the pandemic filming was.

“We wrapped in Atlanta and the pandemic hit, and we ended up having several months off, so further changes happened during that,” Shakman said. “We were doing post-production, and then ideas would come up and little changes would happen.”

He shared that aspects of the script were “constantly changing and getting rewritten” and they did come back and shoot more after the pandemic began when television and film locations were able to open up again.

“There was a lot of experimentation going on and trying different things out…especially a lot of the real-world stuff in the finale,” Shakman said. “We also at one point had 10 episodes planned and we ended up collapsing a couple just to make the rhythm work better.”

Timing for the production of WandaVision was already off and not on their side when it came to when the COVID-19 pandemic struck. The cast and crew started filming around November 2019, according to The Hollywood Reporter.

Then, Paul Bettany told the Television Academy in December that there was already a planned 4-week hiatus at the start of March 2020. Of course that unfortunately went on way longer than anyone planned because of COVID.

And because Shakman filmed nearly chronologically, according to an interview with SFX Magazine (according to The Direct) in January, the finale bits were the stuff that were left untouched and unfinished through the pandemic hiatus. This is why there were nine episodes instead of 10 as he said and why some CGI effects weren’t where they had planned. They also only just wrapped before the premiere of the season.

“We wrapped with very little time before the show has to air, so it’s going to be a mad sprint to the finish line, even more so than many [Marvel Studios] films have had,” Shakman said. “The fact that we did have that post-process in the middle allowed us to finish up quicker than maybe we would have if we had just shot straight through and then just started post.” 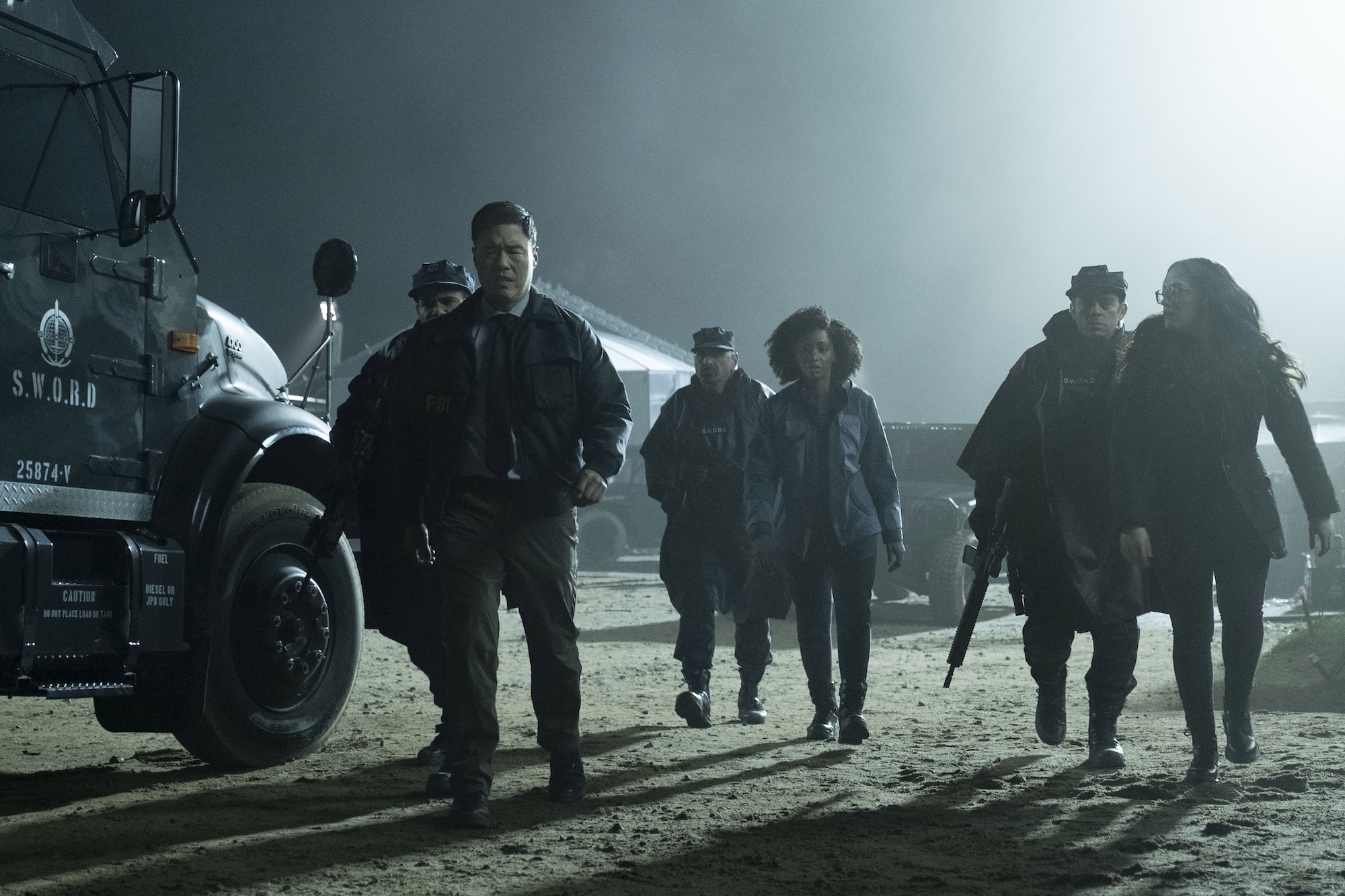 Another way the time apart caused the script to change was one big action scene that was taken out. In included a bigger reveal for Señor Scratchy who was supposed to be a bigger deal, as some theorized (although no Mephisto). And Monica Rambeau was going to have more time in the finale as well.

“We did have something planned for Señor Scratchy which we ultimately couldn’t do just because the finale had so many different chess pieces,” Shakman said on the FatMan Beyond podcast. “But we did have a whole sequence where Darcy, Monica, Ralph meet up with the kids, and they’re in Agatha’s house, and they think that maybe they should steal the Darkhold from the basement…”

He described a whole sequence where the group of them try to get the book, but the rabbit, Señor Scratchy, ends up being Agatha’s familiar and turns into a massive, scary creature.

“We shot it, but didn’t finish all the VFX for it,” Shakman said, alluding to the reason why it was taken out: the tight schedule because of the shutdowns didn’t allow for them to do all the CGI effects they needed. “It was a great sequence, it was super fun and everyone was great in it, but we ended up moving it aside because it was a huge detour in the middle of everything going on.”

Even though the storyline felt pretty complete, at least for Wanda in this series, and WandaVision felt like it did what it needed to do, it’s fascinating to hear how the pandemic’s ripple effects continue to impact shows.