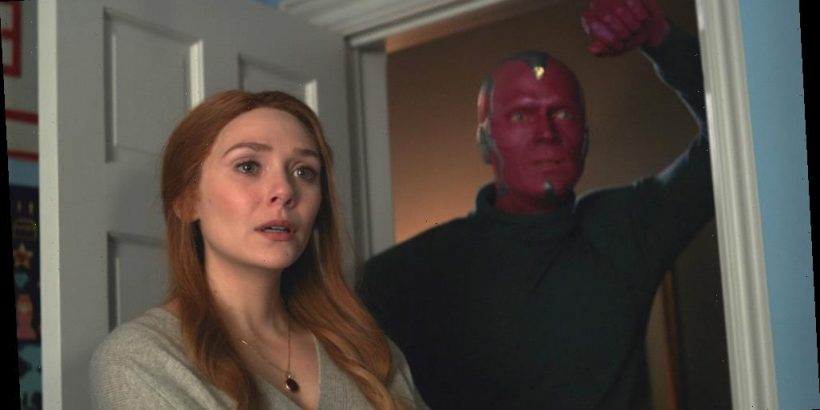 Though stacked with plenty of loaded lines and piercing looks (most courtesy of Kathryn Hahn), there are two bedrock-shaking emotional moments in the “WandaVision” finale. The first is the inevitable ending. MCU fans likely knew from the start, and the rest of us caught up soon enough, that Vision (Paul Bettany) wasn’t going to walk out of Westview. His previous death(s) could not be ignored, and his resurrection couldn’t be made permanent with magic or even by the android’s endearing attempts to understand his true identity. (For a moment, when Good Vision and White Vision were caught in a logic-off, it did feel like they might somehow merge into a real, updated version and fly home to their happy family.)

Still, showrunner and episode writer Jac Schaeffer deserves credit for executing that farewell with grace and power. Though no parting words between Wanda (Elizabeth Olsen) and Vision could compare to the all-timer from Episode 8, they didn’t need to; that moment was the true climax of the series, and their shared final sentence provided enough belief in their bond without promising an idyllic reunion. “We have said goodbye before,” Vision says, as her shrinking Hex closes in on them, “so it stands to reason–” “–we’ll say hello again,” Wanda replies, completing the sentiment.

As Vision disappears along with the rest of Wanda’s magically manufactured home, the look on Olsen’s face isn’t one of anguish but love. The shot of Wanda standing in a lot of empty land serves as the necessary bookend to the last time she was living in reality, to the breakdown that started all this. But as Wanda’s face falls, she accepts what she’s lost and walks back through town. There, she again sees the Westview residents who she’s held hostage for days and weeks on end. Their stares don’t echo admiration, appreciation, or even relief. They’re angry, and they should be.

“They’ll never know what you sacrificed for them,” Monica Rambeau (Teyonah Parris) says to Wanda. “It won’t change how they see me,” she replies.

Should it? Wanda has inflicted severe trauma on these people. Earlier, when Agatha (Kathryn Hahn) “cut the strings” so these citizens could speak freely, Dottie (Emma Caulfield Ford), whose real name is Sarah, pleads with the superhero to “let [her daughter] out of her room.” Another resident says, “Your grief is poisoning us.” Vision’s former colleague Norm (Asif Ali) tells Wanda, “When you let us sleep, we have your nightmares.”

This scene marks the other —possibly more lasting — moment from the finale. Taking away a person’s autonomy, their free will, their identity — that is a rough act to wrestle with, even as an accident. Soon after, Agatha tells Wanda, “Heroes don’t torture people,” to which Wanda counters, “The difference between you and me is that you did this on purpose.” Except… what did Agatha do, exactly? In the flashback to 1693, it was implied she used her dark magic for illicit means, but here in the present, she was merely hiding in Westview, trying to understand Wanda’s powers, and then attempting to steal them. Should a witch in Agatha’s position really have done anything different? Wanda was torturing these people. Someone had to stop her, and for the longest time, no one else could get inside the hex. Agatha may have done some bad things once she stole Wanda’s powers, but setting aside her wicked ensemble and evil laugh (which, my God, Hahn does so well), all she’d really done was kidnap Wanda’s imaginary children and killed her dog.

Now, clearly, Agatha had to be stopped, since she couldn’t be trusted. And S.W.O.R.D. Director Hayward (Josh Stamberg) was arguably an even worse dude, though some suit with a gun could never be a formidable villain for Wanda. But therein lies the unsettling paradox in “WandaVision.” Wanda was both the hero and the villain. She was to blame for everything, and she was the one who saved the day. Schaeffer and her writing team did an admirable job coming up with stand-ins for her to battle, and Hahn made for a flat-out marvelous opposing force, but the show struggled to resolve Wanda’s actions. If her punishment was her sacrifice, having that extra time with Vision and her kids was also a reward. Mentally, she’s walking out of Westview better off than she was when she entered, but everyone else in that town is going to be psychologically scarred forever. Can you imagine going to bed at night after those nightmares? Can you imagine going back to your regular life after, in the blink of an eye, you were robbed of it? Why couldn’t that happen again, when the person responsible is still out there? 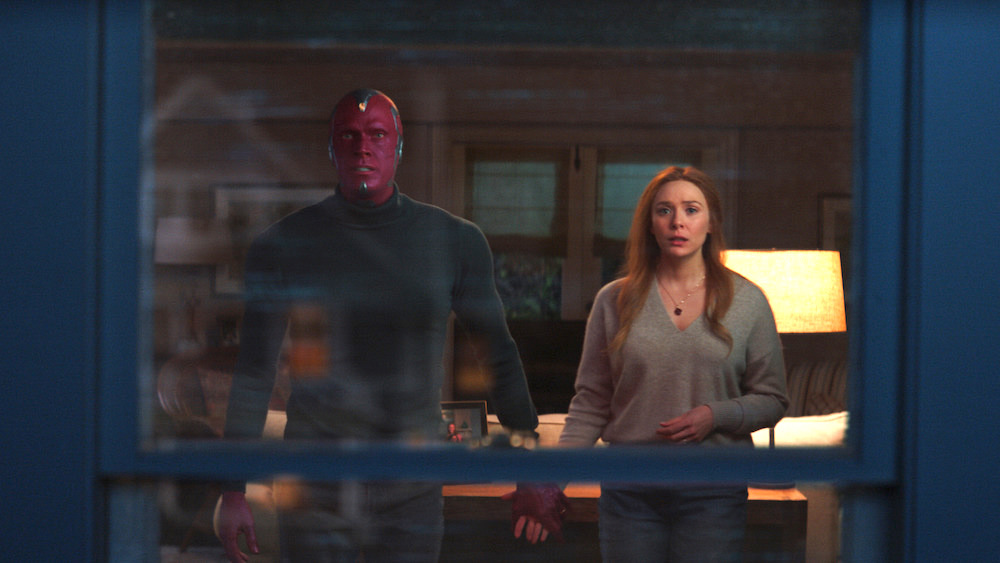 Eventually, the MCU will address some of these questions, at least when it comes to Wanda’s culpability. But that’s what makes assessing “WandaVision” so difficult; it’s not really a limited series, but one part of the MCU’s larger whole. It’s a chapter in a never-ending novel, not a complete story centered around its main character. Anyone complaining that it took too long for Wanda to confront her grief was told to go back and watch the preceding movies, which would help attach the emotional tether left slack for so long in the show. Similarly, anyone frustrated by this resolution could be told to just wait, Wanda’s story is ongoing and they’ll pick up those pieces down the line.

The MCU always has been episodic. That construction has been its not-so-secret strength when stitching its movie universe together. “WandaVision” broke up its episode into nine parts, but it’s still just one part of a bigger story. In Episode 8, Wanda’s connection to TV sitcoms showed why she created one for herself; it revealed the temptation to escape from reality into a safe world where everything would always turn out OK. But it also showed why you can’t stay in that reality forever; why you have to live your life while you can, accepting the good with the bad while fighting for as much good as you can control. Episode 9 simply executes those lessons, as Wanda makes peace with reality and sets herself on a path for the future. That’s TV. It’s ongoing, and whether that story keeps going in future films or more series, so be it.

Still, a sticking point has to be that “WandaVision” focused on mental health, but only as far as it benefits the hero. Wanda took over Westview and created her sitcom life as a reaction to her unbearable sadness. By living out the life she was denied (and being awakened to her false reality), she found a path forward. “What is grief, if not love persevering?” Wanda perseveres, but what about the aggrieved people left in her wake? Where do they go from here? “WandaVision” gives its hero a fitting journey, but by framing Wanda’s actions as a “sacrifice,” it also lets its villain off the hook.

“WandaVision” is available to stream in its entirety on Disney+. 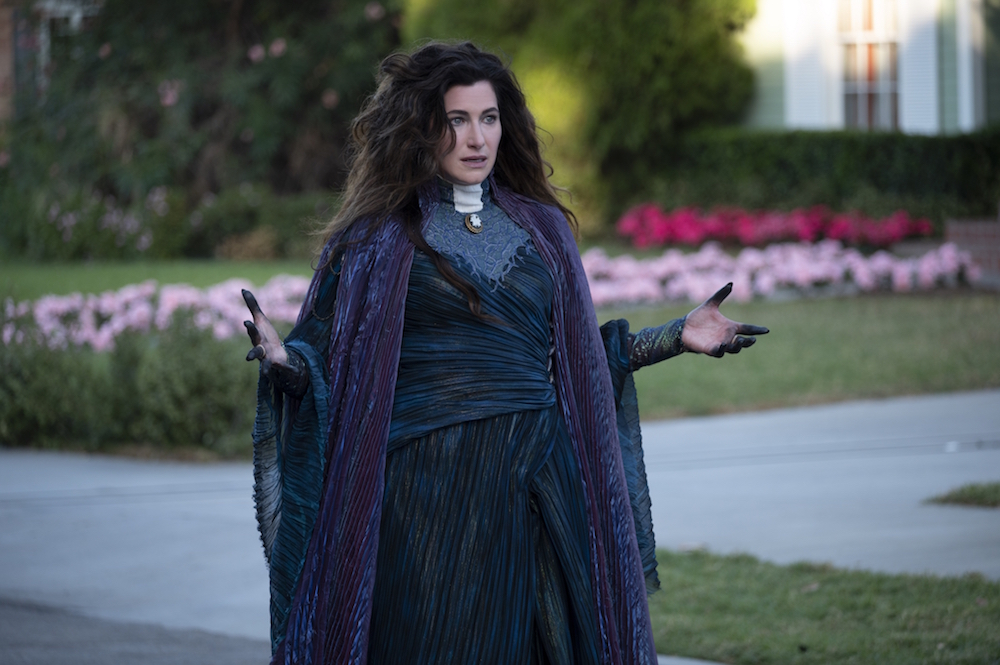