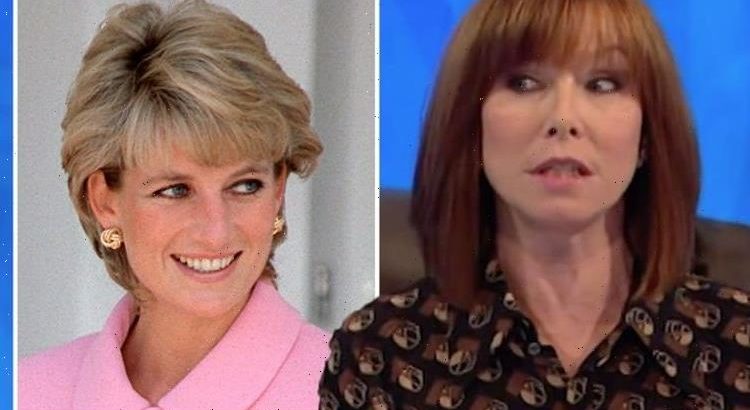 Princess Diana, Princess of Wales, passed away 24 years ago following a car crash in Paris. Recalling the day in question with Anne Robinson on Channel 4’s Countdown, Sky News star Kay Burley opened up about covering the story live on air. However, the mixed messages reported after Diana’s death certainly led to chaotic scenes in the newsroom as Kay admits she was told the royal had merely “injured her leg”.

Kay reminisced about her time working as a journalist covering Diana’s death while sitting in Countdown’s Dictionary Corner on Thursday.

“I was on air when Diana died,” Kay said to Anne who surprisedly replied: “Oh! So you’re on air, doing which programme?”

Kay explained: “So I’d had a call in the middle of the night to say that there’d been an accident in a tunnel and Paris

“That Dodi [Fayed] had died (but) Diana was fine,” Kay revealed. “She’d hurt her leg but she was fine.”

Delving into the confusing situation further, Kay continued: “And then about an hour later, we were in the newsroom,

“And they started putting barricades around the entrance to the hospital.

“Because apparently, none of Her Majesty’s Government can be in the air when there’s an announcement of a royal death.”

Taken aback by the entire story, Anne chipped in: “I didn’t know that.”

The Sky News anchor delved further: “That was what we were told anyway.

“So as a result, we rushed into the studio and then about 10 minutes they announced it.”

And while news of Diana’s death shook the nation, Kay revealed she actually had a personal relationship with the Princess.

“I knew her a little bit,” she added. “I used to go to the gym, we used to work out side by side on the bikes and stuff.”

“So you knew her?” Anne quizzed. “Would you say she was any different to how her image was?”

Kay replied: “I think she was an elegant woman who cared deeply for a lot of people.

“I think that she was somebody who was running around Europe looking for someone to love her.

“And it was tragic the way that she died,” Kay concluded.

Anne nodded in agreement as the tumultuous tale came to an end.