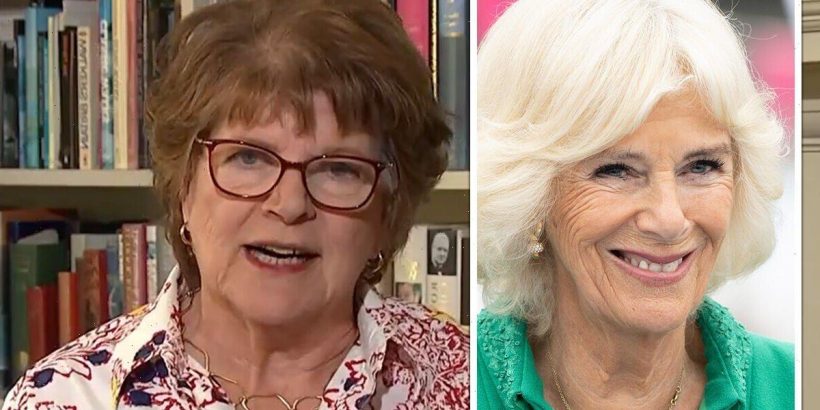 After discussing what Sarah had bought Camilla for her birthday, talk turned to her witty humour and light-hearted personality.

Ed exclaimed: “I have to say in her public appearances, also in The Crown, which many of us have watched, she clearly is someone who is passionate.

“She’s very down to earth, and she also has a sense of humour. I think yesterday she was making people laugh at a speech she gave.”

The broadcaster played a clip of Camilla attending a birthday lunch making a speech where she poked fun at some political correctness. 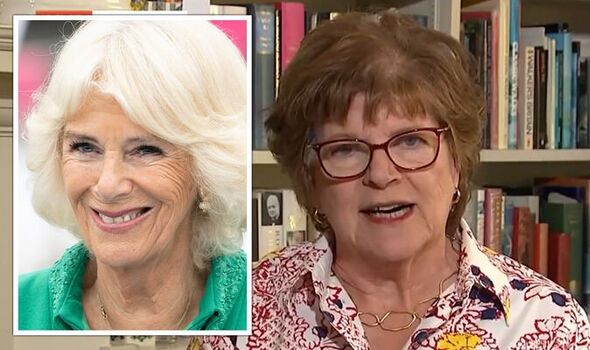 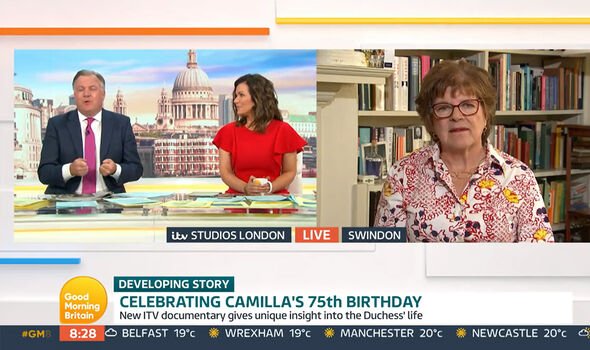 She began: “Ladies and gentleman, if I am allowed to call you that,” before the crowd of people laughed at the cheeky joke.

Susanna laughed and quipped: “Sarah, you know about her sense of humour, don’t you?”

Sarah agreed: “Yes, I do, I think it is sort of a little poke at political correctness with a gentle nudge, I think it was rather witty.”

Ed added: “There was a story, and the headline is, ‘Camilla vows to emulate Philip and say less, do more’, and of course, Prince Philip was not known for his political correctness. 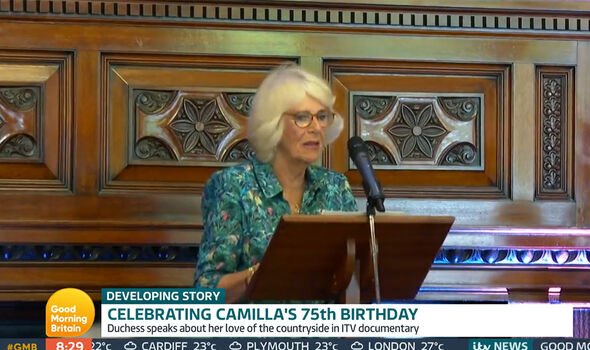 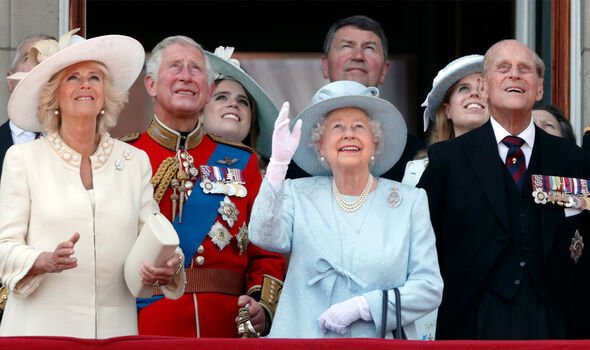 “He had a good sense of humour, but he was also hugely loved by the public, a huge support to Her Majesty, is this the Duchess’s plan to follow in his footsteps?”

“Well, I don’t know, Ed, I don’t know what her plan is, but if that is what she said and I would have thought it is a very good motto to follow.

“I know she was a huge fan of the Duke of Edinburgh, as many people were, so let’s hope she does follow that suggestion,” Sarah revealed.

Talk also turned to whether the general public had forgiven Camilla after all these years, to which Sarah described her as a “lovely woman”.

Susanna asked: “Sarah, yesterday around this time, we were having a discussion about whether the general public have forgiven the Duchess, forgiven Camilla.

“I have met her, I have been lucky enough to meet her, I think she is a lovely woman, I can’t believe that people haven’t moved on.

“But I noticed that after we had had the discussion, there was quite a backlash online, I just wonder whether she is sensitive to that or whether she feels she had won over the British public?”

Sarah explained: “Oh, that is difficult for me to comment on if the public needs winning over, and they possibly did some years ago.

“I think she had done that magnificently and you know, I think some people in the country don’t necessarily agree with the institution as a whole.

“But I defy anybody not to be charmed by a smile from the Duchess.”

Tonight, ITV is set to air a documentary which gives viewers exclusive access to the Duchess of Cornwall in her role as guest editor of Country Life magazine.

The one-hour programme is set to reveal all about the future Queen Consorts’ love for the British countryside and how it has impacted and shaped her life.