Stories about fictional bands aren’t always as sharp as those bands themselves. Tales of upwardly mobile rock acts can be bland even if the performances themselves have some panache to them. Ragtag groups can be shabby on stage even if the looks at the lives of the individual musicians are the more entertaining draw.

But as is the case with “We Are Lady Parts,” the Channel 4 co-production premiering today on Peacock, there’s a clear charm in seeing the points where the music and whatever surrounds it line up in harmony. Playful with enough flair and distinct twists to shake up its more familiar pieces, “We are Lady Parts” is an energetic merging of aspiring artists and the fictional frame that presents them. For Lady Parts, those harmonies aren’t always tidy: They’re a punk quartet filling up any kind of rehearsal space with as much sound as the room can handle.

We mostly see Lady Parts at first though outside eyes, those of Amina (Anjana Vasan), a doctoral science student  not eager to rock the boat of societal expectations. She practices her guitar along to a playlist of gentler ‘70s folk rock faves as she juggles her mostly unmemorable dating attempts. A chance set of circumstances lead her to audition for Lady Parts, a group already somewhat reluctant to add a lead guitarist to their mix. 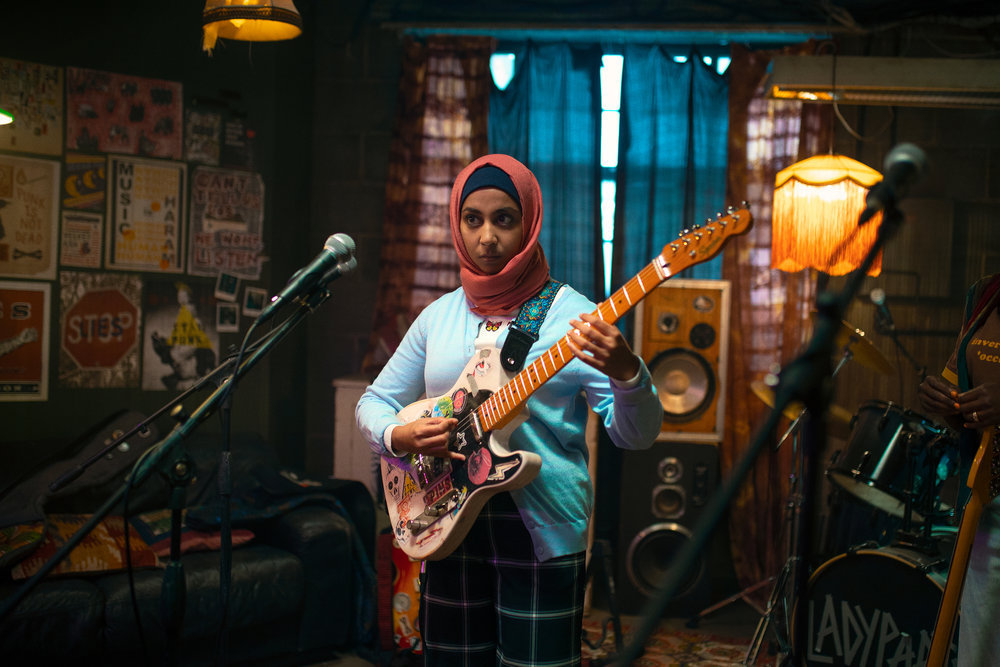 “We Are Lady Parts”

As Amina gets closer to joining, the enthusiasm is varied. Saira (Sarah Kameela Impey), a butcher shop employee who’s the group’s lead singer and arguably its main driving force, is pushing for it, perhaps to distract from her hesitancy to sign up for commitment in other areas of her life. Drummer Ayesha (Juliette Motamed) is the most standoffish, though her attitude as a rideshare driver hints that she’s that way with most strangers. Bisma (Faith Omole), a provocative cartoonist in her own right, is a devoted member of the band even if she doesn’t have all her creative dreams tied to it.

Band manager Momtaz (Lucie Shorthouse) shares the band’s rebellious, anti-establishment streak, all while trying to get Lady Parts in front of the audience they’re all looking for. Amina, coming from a friend group who she assumes would see Lady Parts’ songs as incompatible with proper Muslim practice, isn’t quite the ideal fit at first.

What “We Are Lady Parts” does so deftly in the early going is draw that contrast without using easy lines separating the two. It’s not that Amina gets pulled into the band because she wants to escape her life as it is. There’s a brightness and an energy to the show, regardless of who she’s spending time with. The dim practice room has just as much vibrant color as outdoor celebratory brunch with longtime friends. Much of “We Are Lady Parts” is nudging Amina toward the possibility that these aren’t as incompatible as she might assume.

The same is true for the rest of the band, too. As the season goes on, the show finds them working through the idea that having feelings for someone isn’t betraying the band’s anti-patriarchal ethos and that being a supportive partner means being open to their creative pursuits. Some of these get glanced over, given how much of the show is based around Amina’s internal wrestling. At the outset of the series, the members of Lady Parts feel more like ideas than people — fortunately, one key excursion in Episode 3 drills down closer to who these women are and what fuels everything they channel back into the band. 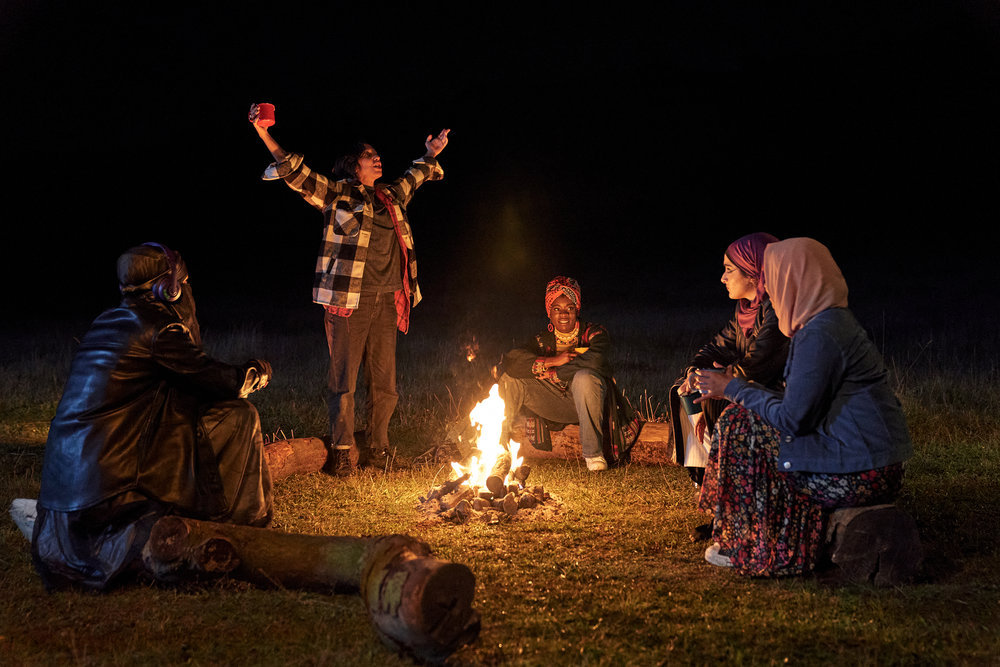 “We Are Lady Parts”

The show is at its best when it’s breaking free from restraints, too, tossing in a bunch of playful asides and visual diversions. Most of these come straight from Amina’s imagination, daydreams spurred on by crushes and singalongs alike. But there’s even something freeing in the idea that she doesn’t have to fight her parents on being part of the band. Their approval (not to mention her mother’s interest in her dating life beyond simply acquiring a husband) is part of what helps keep this from being a pat, cookie cutter story of rebellion.

It’s no surprise that the two characters given the most narrative runway end up yielding the two most interesting performances on the show. Each member of the greater Lady Parts quintet could easily handle an episode on their own, and Vasan and Impey are certainly no exception. Vasan makes Amina’s gradual transition from reticent performer to only-slightly-less-reticent shredding soloist make sense, clearly plotting out every nervous step along the way. And the more the audience learns about Saira, both in her relationship to her family and her faith, Impey makes it easier to understand how those funnel their way into Saira’s explosive vocals and her intensity with a meat cleaver.

That, in turn, makes the band’s performances crackle even more. Nina Manzoor, who directs the series in addition to being the writer and creator, draws a recognizable spark out of these Lady Parts sets, regardless of whether they’re playing for an invisible audience or any crowd at all. Like any new band, they have a few covers up their sleeves. But the more “We Are Lady Parts” focuses on the original spirit that courses through this group, the more the show around them sings.

“We Are Lady Parts” Season 1 is now available to stream on Peacock.