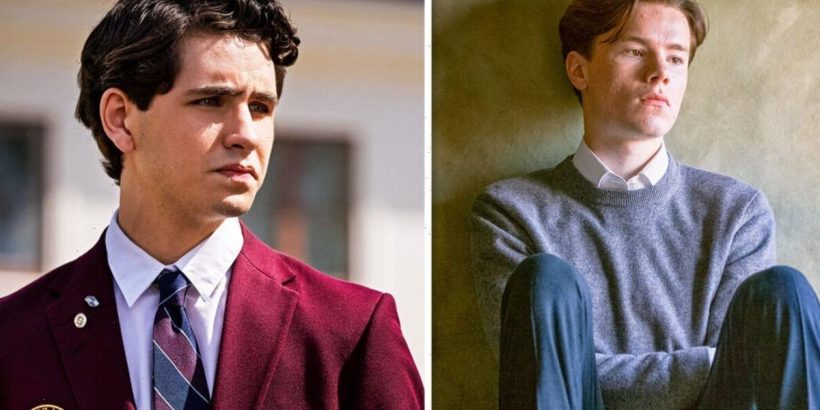 Netflix released the follow-up series to the immensely popular Swedish teen drama Young Royals on November 1 with viewers racing through the six new episodes. The show has built up a huge worldwide fanbase, who can’t get enough of the drama about a crown prince navigating love and adolescence alongside the crushing pressure of his duties as a future head of state. Season two was just as explosive as the first outing as lovelorn couple Prince Wilhelm of Sweden (played by Edvin Ryding) and Simon Ericksson (Omar Rudberg) dealt with the fallout from the leaked sex tape and the media furore which came with it.

Netflix has yet to confirm whether Young Royals has been renewed for a third season and it’s far too premature considering the show only arrived a day ago.

While fans are already clamouring for more Young Royals, the show’s writers have clearly left the door open for more drama should the series get a recommission.

One of the big open-ended threads concerned August of Årnäs (Malte Gårdinger), who was reported to the police by his ex-girlfriend Sara Ericksson (Frida Argento).

Sara had been hoping August would go to the police of his own accord and confess to filming and sharing Simon and Wilhelm in the midst of an intimate moment.

But she was left heartbroken after learning August wasn’t going to go the police and instead concocted a plot with a fellow student in which they would take the fall for him.

Simon and Wilhelm had originally planned to report August to the police but he’d revealed his scheme to avoid time behind bars.

They were left an impasse after August threatened to reveal all about Simon selling drugs, which would land him in trouble.

Simon decided to back down but it was clear Sara couldn’t let the issue lie and contacted the police about August.

Will August go to jail in Young Royals?

Sadly, given August is royalty, it’s highly unlikely he is going to be going to prison for making and distributing the sex tape – even though he was 18 and both Simon and Wilhelm were 16 and minors at the time.

Given their power, August’s family would be able to shut down the whole thing with their money, perhaps by making an out-of-court settlement to the Eriksson family.

Additionally, considering Wilhelm was also in the video, the whole thing could be seen as a royal matter with the two families trying to resolve it internally rather than a messy, public court case.

Alternatively, if the case did go to court, August’s family would use expensive lawyers to tear it apart with Simon’s family not standing a chance.

The other way the story could go is August’s harebrained scheme actually working and the teen getting away with the sex tape as his friend shoulders the blame.

Given August is such a pivotal character, it seems highly likely he could get away with this crime because he has the means and money to do so.

This would also allow him to remain the chief antagonist and Wilhelm’s rival for the throne after August was named as the backup should the crown prince falter in his duties.

Fans on Reddit previously speculated about whether August would ever face justice for his crimes with one user called VeronicaMarsupial writing: “Well there’s the law, and then there’s the queen who doesn’t want the royal family embarrassed so she’ll exert pressure to let it slide.”

They went on to say in the post, which was written before season two was released: “Not only is August a family member, but if there’s a trial, a whole lot more evidence about the circumstances of the video would probably become public knowledge. It would become much harder to pretend it wasn’t Wilhelm.”

Adding: “Crimes like this can also be difficult to handle because a trial can revictimize the victims and make things worse for them.”

ZiggyTheNooBts said: “The clip he posted was very public and a bunch of people had saved it and there’s a s*** ton of news with Simon and Wille’s faces. Isn’t that highly illegal?”

A third user called mynameispapas said: “SHOULDNT HE BE IN PRISION AND REGISTERED AS A SEX OFFENDER??? AND LETS NOT EVEN MENTION THE BLATANT ATTACK ON THE CROWN?? [SIC]”

Depending on the direction the writers want to take with this storyline, there could be a big court case looming on the horizon.