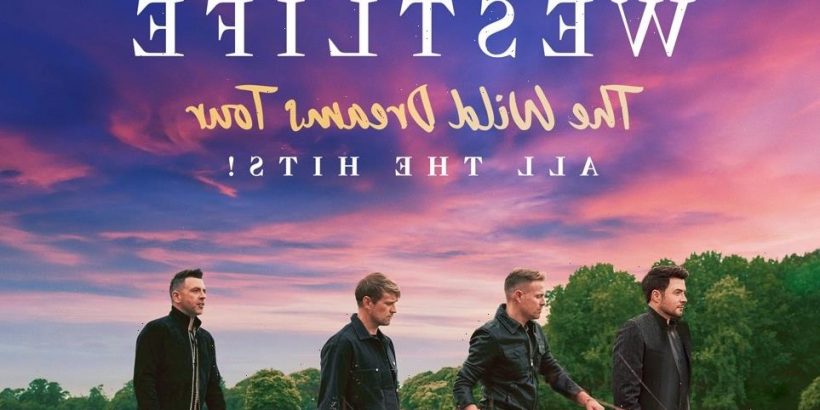 WESTLIFE have announced a huge comeback arena tour hot on the heels of new single Starlight.

The Irish pop group last toured the the UK in 2019 which included two homecoming shows at Dublin's Croke Park. 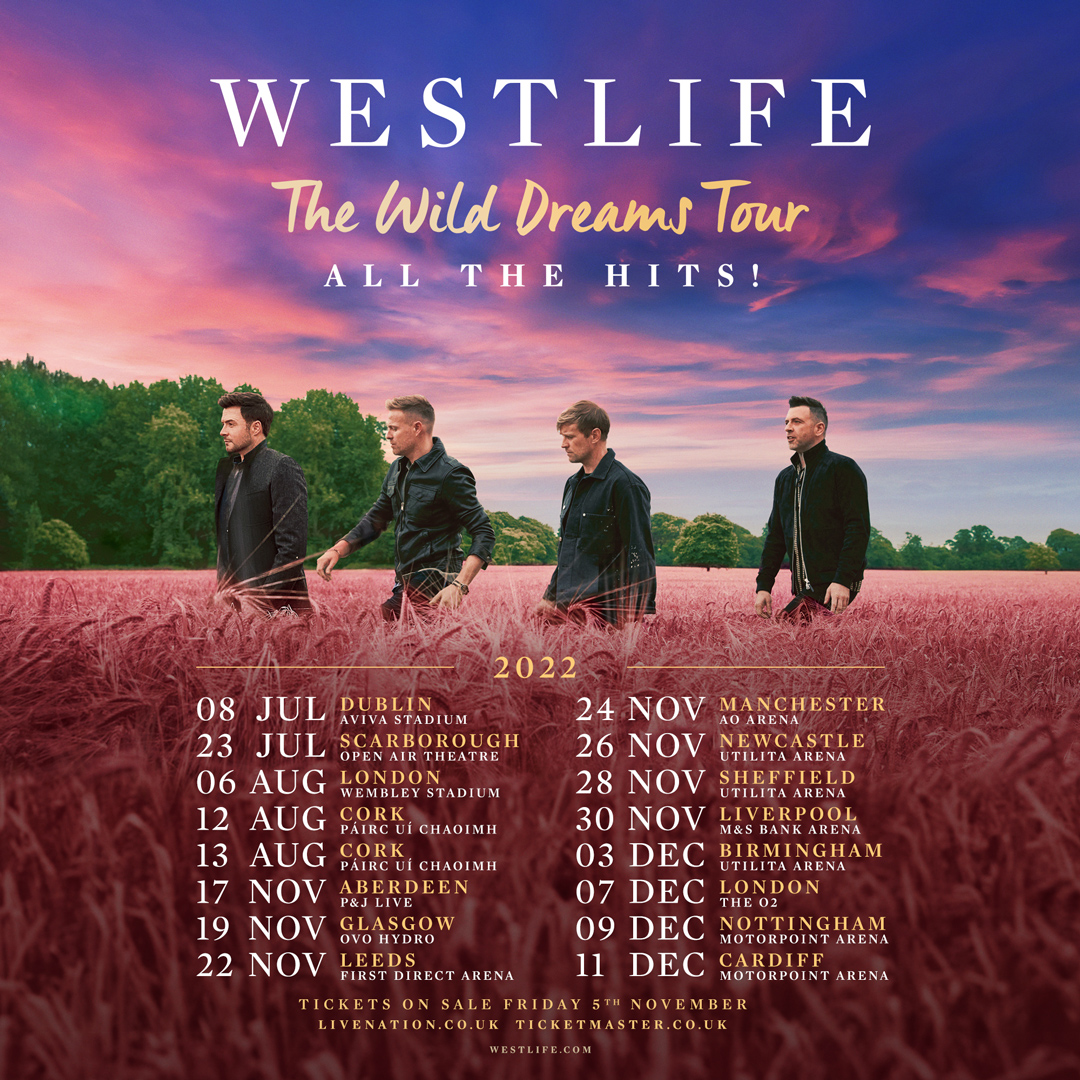 And next summer's Wild Dreams tour will be just as epic with a sold out show at Wembley Stadium.

Band member Nicky Byrne said: "We cannot wait to get back out on the road. This tour includes some of our biggest ever shows in the UK and Ireland and we finally get to put on a show at Wembley Stadium after all these years!

"The tour is going to be spectacular with some big surprises that I think the fans will love. It will include all of our greatest hits as well as some of our new music which has gone down so well with everyone. This is a Westlife tour not to be missed. We're all looking forward to it."

The group, whose 14 number one singles have only been bettered by Elvis Presley and The Beatles, will play the country's biggest cities from Manchester and Birmingham, to Newcastle and London.

New album Wild Dreams, which is out on November 26, was created during lockdown.

It features a contribution from Westlife fan and superstar singer-songwriter Ed Sheeran.

Kind Ed also surprised one of Nicky's boys with a guitar after hearing he was keen to learn to play.

Dad-of-three Nicky recently told us: "I said one of my young lads was starting to learn to play guitar. He said 'really, I’ll send him one'.

"He posted it down to me so all of a sudden myself and my young lad are on Guitar For Dummies on YouTube trying to learn to play the guitar, not only because I wanted to, but I can’t let Ed Sheeran down, I can’t tell him I haven't learned, so we learned the Black Eyed Peas song I Got a Feeling.

"After that we parked it there.

"It's definitely a challenge in motion. If it's anyone you want to impress with the guitar, it’s the biggest star in the world. I don't think I'll be picking the guitar up at Wembley stadium just yet."

The lads' new record also features tracks Always With Me about band member Shane Filan’s mum and dad sadly passing away within six months of each other, Alive about the world opening up again after lockdown and euphoric lead single Starlight.

"This album is one we’re very proud of, particularly for the creativity," said Nicky.

Tickets for Westlife go on-sale to the general public on Friday 5th November at 9:30am at www.livenation.co.uk/ 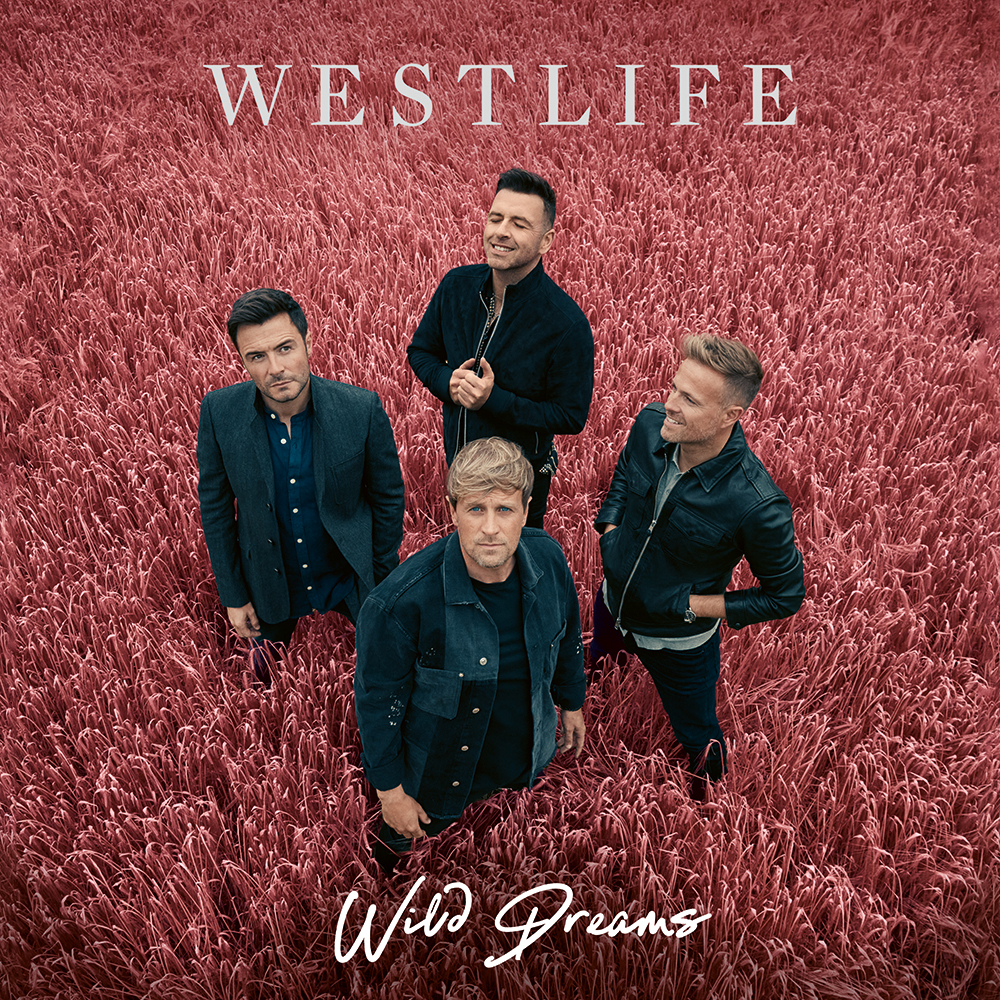