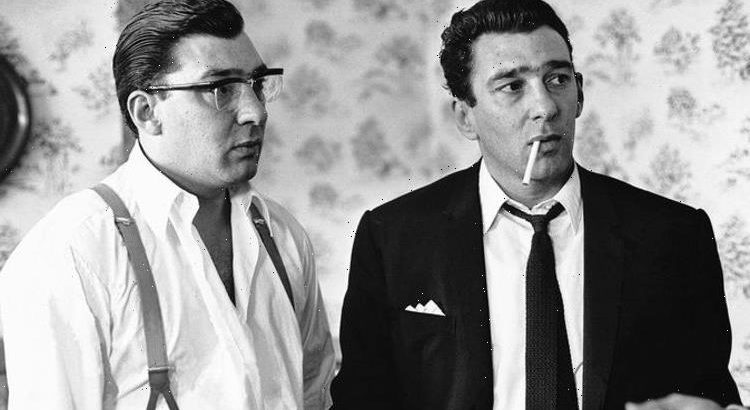 Secrets of the Krays: Britbox tease documentary in trailer

Secrets of the Krays is airing on ITV and the documentary explores Britain’s most notorious gangsters. Ronnie and Reggie Kray were leading lights in the world of organised crime in the East End of London in the 50s and 60s. Express.co.uk has all you need to know about what happened to the brothers.

What happened to the Kray twins?

The rise, reign and fall of the Krays are all explored in the factual series, which originally aired on Britbox.

In the opening episode, viewers will witness how they became known as national figures in 1964.

Along with their gang, known as the Firm, the brothers were involved in crimes such as murder, armed robbery and arson.

Their criminal careers started when they started running a snooker club in Mile End.

By the late 1950s, they were involved in hijacking and armed robbery.

By the time they acquired Esmeralda’s Barn, the twins were known as West End celebrities.

They were a huge part of the Swinging London scene and were seen photographed with lords, MPs and other A-list celebrities.

In Ronnie Kray’s autobiography, titled My Story, he said the Swinging Sixties were “the best years of our lives”.

Detective Chief Superintendent Leonard “Nipper” Read was assigned to bring down the Krays once and for all.

He had a tough job on his hands as he faced a wall of silence from anyone associated with the brothers.

Yet by 1967 he had enough evidence against them, including witness statements.

Scotland Yard made the decision to arrest the brothers on the evidence they had already found.

They hoped other witnesses would eventually come forward, when they were arrested in May 1968.

In March 1969, both were sentenced to life imprisonment.

In their later years, Ronnie Kray became a Category A prisoner, who was not allowed to mix with other prisoners.

He was eventually certified insane, having paranoid schizophrenia.

In 1979 he was committed and lived the rest of his life in Broadmoor Hospital in Berkshire.

As for his brother Reggie, he spent eight years in Maidstone Prison.

In 1997, he was transferred to the Category C Wayland Prison in Norfolk.

Ronnie died in March 1995, aged 61, following a heart attack and his brother was allowed to attend the funeral.

The pair are buried together at Chingford Mount Cemetery and thousands of onlookers visited during his funeral.

Their world-famous story has been told through a number of mediums including films, literature and television.

One of the earliest depictions was the 1990 biopic The Krays, starring Gary Kemp as Ronnie and Martin Kemp as Reggie.

Secrets of the Krays airs on ITV at 9pm.