But will she find out and is it possible that he's got Leanne Battersby pregnant again? – here's the lowdown… 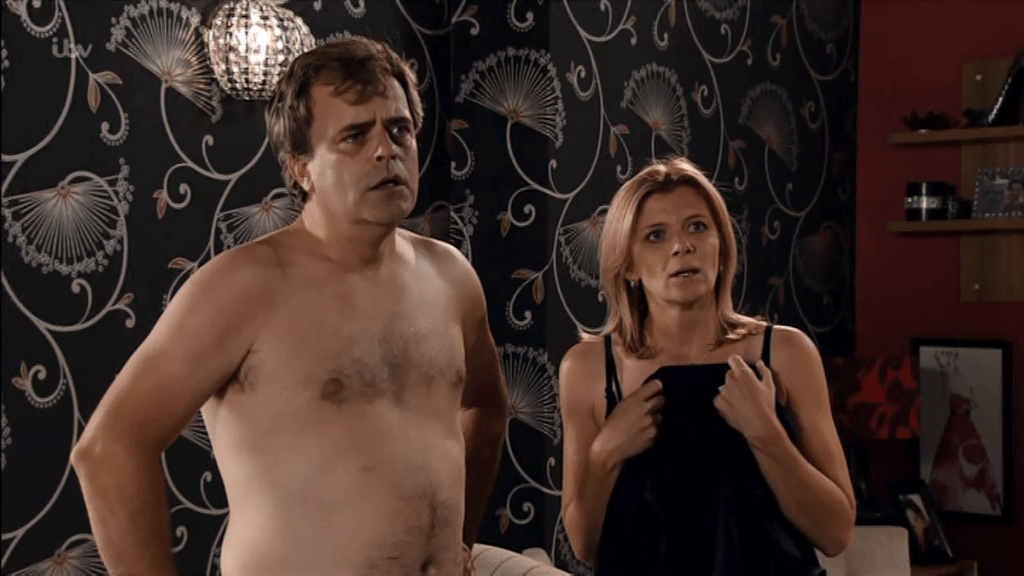 When did Steve McDonald cheat on Tracy Barlow in Coronation Street?

After mistakenly thinking that she'd given him a "free pass" to have sex with someone else he realised that he didn't love her.

Having made the decision to call the wedding off he drowned his sorrows with Leanne Battersby.

The two of them ended up in bed together at his flat and were caught red handed by Tracy's brother Peter.

Steve told Peter that he was going to tell Tracy everything but then went back on his word once Abi found out.

Abi was all set to tell her friend the truth until Steve threatened to reveal the fact that they'd kissed before.

Fans have a theory that Steve Mcdonald's fling with Leanne could lead to her getting pregnant – again!

The pair previously had a one-night stand in June 2016 while Steve was married to Michelle.

This led to the birth of baby Oliver, with Leanne's partner Nick Tilsley originally pretending to be the baby's father.

When Michelle found out the truth she was heartbroken since her and Steve's baby Ruari died – she swiftly demanded a divorce.

Viewers took to Twitter to speculate whether Steve and Leanne could make the same mistake twice.

One wrote: "What's the worst that could happen? Er, another baby Oliver? #Leanne #Steve #Corrie."

Another tweeted: "Oh no! Is Oliver going to get a little brother or sister?? @itvcorrie #corrie #steve #leanne."