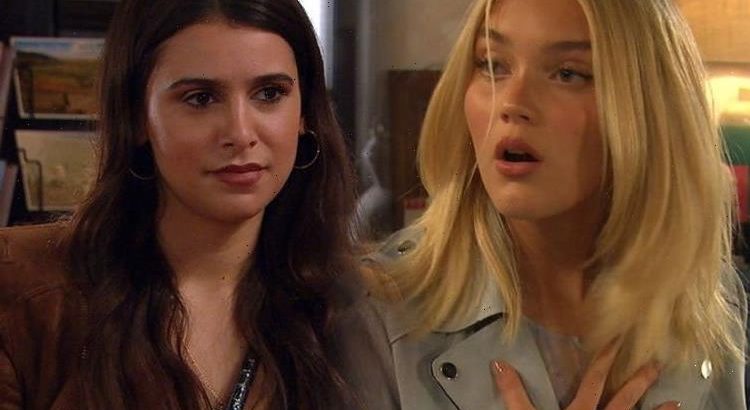 Emmerdale viewers have been tuning in to the soap on ITV eager to find out when antagonist Meena (played by Paige Sandhu) will be exposed. She managed to get away with murder after pushing Leanna Cavanagh (Mimi Slinger) off a bridge in one of the July episodes. Fans are keen to know when her secret will come out as they want to see her pay for her actions.

When does Meena get found out in Emmerdale?

Back at the start of July, Emmerdale fans were shocked to see Leanna meet her demise at the hands of the evil Meena.

Meena first arrived in the village back in September 2020, much to the surprise of her sister Manpreet (Rebecca Sarker).

Her villainous streak came to a head when she pushed Lenna off a bridge, which led to her death.

In one of next week’s episodes, Meena is expected to jeopardise herself when she attends Leanna’s funeral.

Leanna’s father Liam (Jonny McPherson) is still wrapping his head around what has happened.

On the day of the funeral, Meena shows up as she continues to cover up her actions.

She is seen fondling a ring she stole from Leanna after she killed her, and the ring falls to the floor.

The piece of jewellery lands right next to Liam, and this may mean the game is up for Meena.

The funeral would certainly be the most dramatic setting for the truth to come out.

At the same time, it may bring justice to Leanna’s family if Meena was caught in that moment.

Meena actress Sandhu has not given anything away about what is in store for her character.

If she is sent to prison, this would indicate the actress has left the series, either temporarily or permanently.

The star said she had to keep her storyline a secret from colleagues, as they had no idea who her first victim would be.

Sandhu knew from the start how dark her character could be, and there may still be more to come.

Meena shows no remorse for her actions and she has no empathy, so this could become a hindrance along the line.

Her personality makes her extremely dangerous, and she is certainly capable of anything.

She is prepared to do anything to get someone off her back, so she may turn into the soap’s biggest villain.

The actress indicated there is plenty more to come from her character, saying she may kill again.

Speaking about whether she would get away with the murder, she told The Mirror: “Meena is intelligent. She’s calculating and manipulative.

“I think she knows what she’s doing and if anyone can get away with murder, maybe it’s Meena.”

With this in mind, it is difficult to say when she may be found out, if at all.

Fans have taken to Reddit to share their theories, with one saying: “Hope it’s not Jacob finding the ring, seems too predictable. She might go even more psychotic over the next few months, how do you predict the truth comes out?”

Another said: “I think she’s going to kill at least two more people before she’s discovered.

“One I expect to be Rishi, and I also think she’ll attempt to kill Victoria but fail and kill Manpreet by accident.

“She’ll show remorse for killing Manpreet and completely lose her mind and get the truth coaxed out of her by David/Jacob/Layla/Liam.”

Emmerdale airs on weeknights on ITV