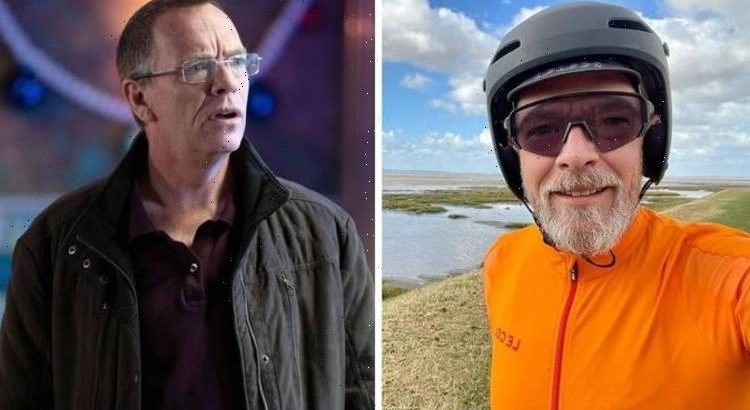 EastEnders: Woman tells Ash she doesn’t want to be treated by her

Adam Woodyatt portrays the iconic weaselly local businessman Ian Beale in EastEnders. The 53-year-old actor hasn’t been seen in the BBC One soap since January 2021 when Ian mysteriously left the square. He had been through a tough time as of late so getting out of Walford was probably the best thing to do.

Ian had been involved in the death of his best friend Sharon Mitchell’s (played by Letitia Dean) son Denny Rickman’s (Bleu Landau) death.

They had been on board a boat on the River Thames to celebrate the Queen Vic winning a competition but when Denny kept being rude and causing trouble, Ian wanted to teach him a lesson.

He shoved the youngster into a cupboard and locked him in but little did he know that the boat was later going to sink.

Ian did everything he could to try and rescue Denny but the teenager still died as a result of his actions.

When Sharon found out the truth, she agreed to marry Ian to get her own back.

She had secretly been poisoning his food and drinks for weeks to kill him off slowly but when Ian discovered what she had been doing, he had enough.

He left Albert Square with no belongings and threw his phone in the bin so no one was able to get hold of him.

Ian is alright though as a few months later, he sent divorce papers to Sharon but hasn’t physically appeared in EastEnders since the drama unfolded.

There were initial concerns from fans that Woodyatt would not be returning to the soap following his dramatic exit.

But he did give them a glimmer of hope in his farewell Instagram post back in January.

However, viewers did become worried when Woodyatt stated he wasn’t sure when he would be back in EastEnders.

While speaking on The One Show, Woodyatt explained: “I don’t know that’s the honest answer.

“The tour at the moment runs until the end of October and my daughter’s then getting married in America so I’m off there to do that.

“There’s a possibility – and I really hope that does happen – the tour carries on will run until the early part of next year to pick up the dates we’ve had to postpone because of the lockdown.

“So, if the tour carries on, I’m not going to be back on EastEnders until sometime 2022 at the earliest.”

During his time away from the square, the Ian Beale star has been travelling around the country in his motorhome.

This is so he can take part in the national tour of the play Looking Good Dead.

Some of the shows had to be postponed because of the lockdown in early 2020 but may be returning to these missed shows at the beginning of next year.

This means there may be a chance that we won’t see Ian back in EastEnders until mid-2022.

EastEnders airs four nights a week on BBC One.