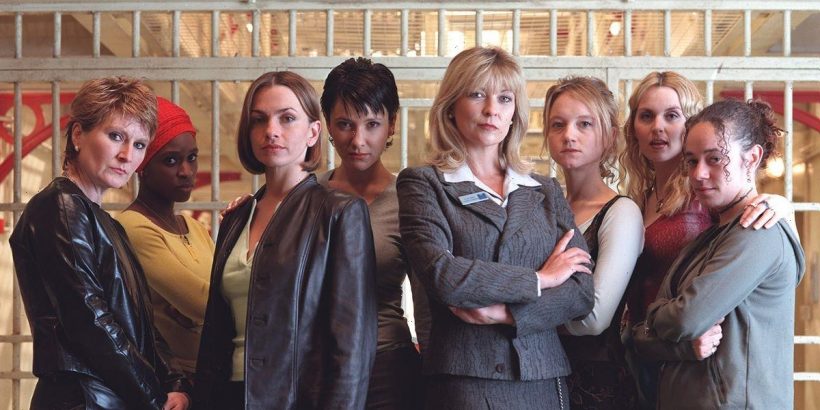 If you ever tuned in to ITV series Bad Girls back in the early noughties, you’ll know only too well how well loved the characters were. From the likes of the Two Julies to evil Fenner, the talented cast brought us some extremely memorable storylines and won over millions of viewers in the process.

Now the show is making a much welcome return to our TV screens to celebrate fifteen years since it came to an end, with the series available to binge watch on the Drama channel from tonight.

While many of the show’s central cast, including Linda Henry and Claire King, have gone on to grace our screens in soaps EastEnders and Emmerdale, what happened to the other main stars?

As we relive all the highs and lows of everything that happened on Larkhall’s famous G-wing, we take a look back at what some of the cast are up to fifteen years after we left them.

Jack played warden Jim Fenner, the unrivalled villain of Larkhall who abused his power amongst the female inmates.

But since the show ended, the actor has gone on to do lots of other great work on both stage and screen.

Notable credits include Robert Ashford in ITV drama Where the Heart Is and Coronation Street’s Harry Mason.

Jim, who now lives in France, also went on to play another prison warden in BBC Two’s 2018 drama Versailles and most recently guest starred in BBC’s Doctors.

The acclaimed actress, who was already known for her role in Dynasty, won over even more fans when she played Costa con Phyl Oswyn in the last three series of the programme.

Since, she’s only added to her already impressive C.V, with star turns in Coronation Street, Trollied, Mount Pleasant and Boomers.

The glam 74-year-old, who did a recent interview from her home in Spain, has also stepped out of character and appeared on screen as herself, from competing on 2007’s Strictly Come Dancing to entering the Celebrity Big Brother house back in 2010.

Actress and impressionist Debra has been on our screens for many years, but it was her role as Bad Girls’ Shell Dockley that is perhaps her best known.

Following in the footsteps of many of her co-stars, Debra went on to swap to soapland, walking the Corrie cobbles as Frankie alongside Bradley Walsh until 2006, before popping up in Holby City most recently.

She’s also entertained with her on-point impressions in shows like The Impressions Show with Culshaw and Stephenson, Newzoids and later ITV entertainment panel show, The Imitation Game and Spitting Image.

Alicya traded in her role as Larkhall’s inmate Denny and has gone onto star in lots of other Brit shows, including ITV soap Emmerdale.

She played popular character Ruby Haswell for four years until her character was killed in a tragic helicopter crash that rocked the village.

The actress recently opened up about how her life changed after she left the soap in 2015, revealing she checked into rehab after a battle with alcoholism.

She’s since in a much better place and spoke honestly and openly about the past period of her life to urge others to speak out as part of Mental Health Awareness Week.

Helen played Fenner’s sidekick Sylvia “Bodybag” Hollamby for the entire run of Bad Girls right up until its dramatic conclusion.

So it’s no wonder she’s gone on to join the cast of many other ongoing series like Coronation Street, playing a character called Doris Babbage, as well as a Christmas special of The Royle Family.

Helen has also made a name for herself on stage in shows such as Calendar Girls. And she even appeared in a musical adaptation of the series, Bad Girls: The Musical, once again stepping into the shoes of Bodybag.

The show’s most iconic double act was undoubtedly the Two Julies, played by Kika Mirylees and Victoria Alcock.

And Victoria, whose Bad Girl alter-ego was called Julie Saunders, has continued to be a regular on our screens, in programmes like Call the Midwife, Whitechapel, Holby City and Birds of a Feather.

She also took part in a bit of a Bad Girls reunion back in 2012 when she appeared in EastEnders alongside Linda Henry’s Shirley Carter.

Her other biggest roles to date are in BBC sitcom People Just Do Nothing, as well as popular CBBC series The Dumping Ground.

For more updates on iconic TV shows and what you should be watching on the box, sign up to OK! newsletters here.