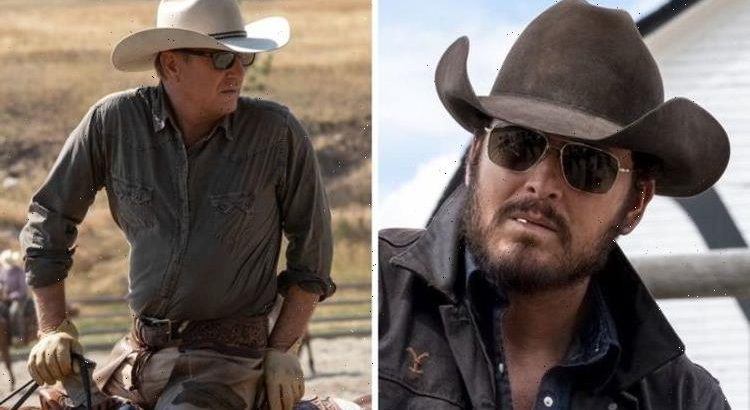 Yellowstone is back and the wait is almost over as season four is set to premiere on November 7 in the USA. Picking up directly from where season three left off, the fourth season looks set to be one of the most explosive yet for the hit Paramount show. The show has since picked up a new wave of fans keen to see the Dutton family’s next challenge, but there are only a few options for where to catch it.

Where can I watch Yellowstone season 4?

As Yellowstone is produced by Paramount, the show will once again be making its debut on the Paramount Network in the USA.

This isn’t to be confused with Paramount Plus, the network’s streaming service equivalent, as Yellowstone is yet to be brought to the service.

Currently, the show is not available on Paramount Plus, with there being no word on when or if the show will arrive there.

The show will air weekly on the Paramount Network from November 7, but there is a second option for USA viewers on where to catch the season.

Yellowstone is available on Amazon Prime, with the first three seasons available to watch now.

Sadly, the show isn’t included with an Amazon Prime membership, meaning viewers will have to pay an additional fee to watch.

As for the UK, the show is also available on Amazon Prime, though only the first two seasons are on the platform.

Episodes cost £2.49 each, or an entire season can be purchased for £15.99, with no word from Prime when seasons three or four will become available.

The show also used to be available to watch on My5, but the Channel 5 streaming service has since removed it.

Neither Amazon nor Channel 5 have revealed when the show could return, let alone when season four will make its debut in the UK.

The Paramount Network arrived in the UK back in 2018 and subsequently released season one on the channel.

However, the remainder of the show has not aired on the UK’s version of the network.

It isn’t known when Yellowstone season four will come to the UK.

For now, UK viewers will have to remain patient for Paramount to finally bring the third and fourth seasons over here.

What is season four of Yellowstone about?

The fourth season will be picking up directly from the events seen at the end of season three.

The Duttons are now at their lowest point, with Beth (played by Kelly Reilly), Kayce (Luke Grimes) and John (Kevin Costner) all being attacked during the season three finale.

Beth was caught in a bomb attack following the delivery of a package to her office.

Once her secretary opened it, the entire room exploded, putting Beth’s future in doubt.

John was shot and Kayce was left to fight off a group of gunmen, leaving them in a similarly precarious position.

Teeter star Jen Landon recently teased the plot of season four in a promotional video shared by the Paramount Network.

Landon said: “The retaliation that those who wronged the Duttons are facing is one of incomparable scale.”

Who exactly wronged the Duttons remains to be seen, with speculation running wild ahead of the premiere.

Some fans believe it is Roarke (Josh Holloway), the returning big bad from season three.

However, others think it could be Jamie Dutton (Wes Bentley), the black sheep of the Dutton family.

Yellowstone season four will premiere on November 7 on the Paramount Network. A UK release date is yet to be confirmed.