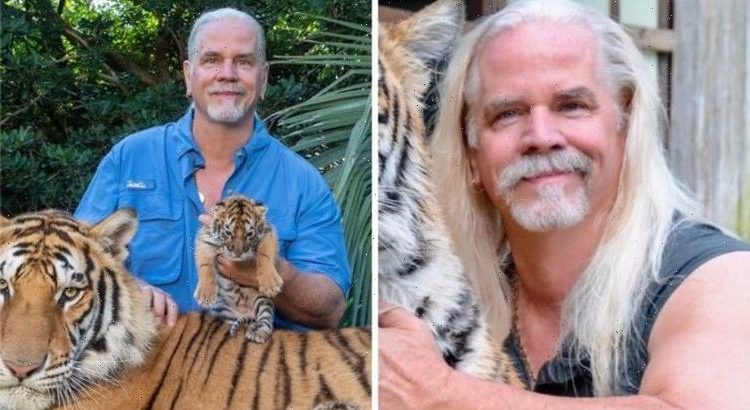 Doc Antle was the focus of Tiger King: The Doc Antle Story, the first spin-off of the documentary sensation. The three-part documentary follows the life and work of the Myrtle Beach Safari owner, cataloguing stories of abuse and intimidation in the park. Antle recently hit back at the Netflix docuseries, deriding it as nothing more than a series of fictitious events.

Where is Doc Antle from Tiger King now?

While Doc Antle was first introduced to Tiger King fans back in 2020 with the release of the original documentary, Netflix’s new series turns the spotlight on the zookeeper.

The aim of the new documentary is to figure out whether Antle is a legitimate zoo operator or if he is abusing the system.

For years, Antle faced accusations of animal cruelty in his park and throughout his career, though he has not been jailed.

Tiger King has been overshadowed by the incarceration of Joe Exotic, AKA the Tiger King himself.

However, in October of 2020, Antle was indicted by a grand jury in Virginia.

After an investigation that spanned months by the Virginia Attorney General’s Animal Law Unit, he was charged with felony wildlife trafficking and a misdemeanour animal cruelty, and violations of the Endangered Species Act.

The case is still ongoing, with Antle’s court date set for July 2022.

His two daughters, Tawny Antle and Tilakam Watterson, have also been charged with misdemeanours as they also worked on the safari.

Prosecutors said that Antle caused the big cats to be carried in a “cruel, brutal, or inhumane manner, so as to produce torture or unnecessary suffering”.

Antle denies the charges, releasing a statement that addresses the ongoing situation.

The statement read: “I categorically deny any act or conduct that could ever be considered as ‘animal cruelty’.

“I have spent my entire professional life promoting the welfare and conservation of big cats and other species.

“I have deep regard and feelings for the animals in my care and would never hurt or abuse them in any way.

“I look forward to being able to answer these charges and to be able to clear my good name.”

Of course, viewers can learn more about Antle in the Netflix documentary, though the big cat owner has not been a fan of the series.

In an interview with the Mirror, said the “story is loosely strung together by Netflix producers who are always so factual… not!”

The Doc Antle spin-off consists of three episodes making it much shorter than both seasons of Tiger King.