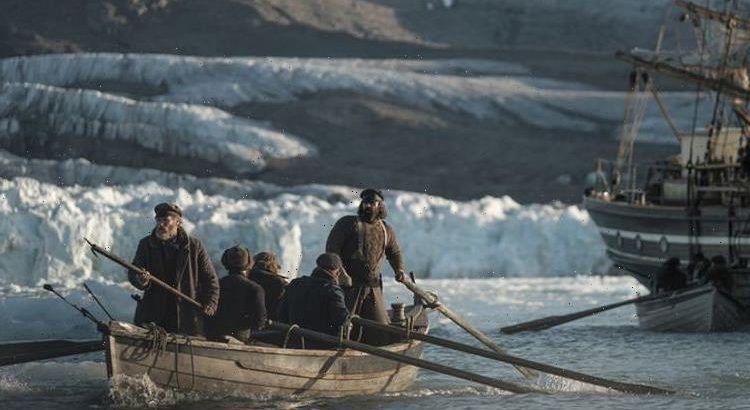 The North Water will be arriving on BBC Two on September 10 and the five-part drama is full of suspenseful moments. The series originally aired on AMC+ back in July and it is based on Ian McGuire’s book of the same name. Express.co.uk has all you need to know about where the series is filmed and set.

Where is The North Water set?

The series is set during the 19th century and it follows a group of whalers on an arctic expedition.

During the 1850s, a whaling vessel called Volunteer took the group on the trip of a lifetime.

Those onboard include the ship’s doctor, Patrick Sumner (played by Jack O’Connell) and harpooner Henry Drax (Colin Farrell).

The doctor tries to escape his military past by joining the trip, but he clashes with Drax, a dangerous killer.

The BBC said: “As the true purpose of the expedition becomes clear, confrontation between the two men erupts, taking them on a journey far from solid ground and way beyond the safe moorings of civilisation.”

McGuire’s novel was published in 2016 and he was known for his interest in American realist literature.

His book provides a detailed description of the brutal business of whale killing.

Captain Arthur Brownlee (Stephen Graham) leads the crew in the TV adaptation and he has ulterior motives.

The title was inspired by the North Water Polynya, where ships sail to harvest whales.

Where is The North Water filmed?

Filming for the series started in 2019 in Hungary, as well as the Norwegian archipelago of Svalbard.

The crew travelled to extreme destinations to shoot sequences on pack ice and it is believed to mark the furthest point north any TV drama has ever been filmed.

They journeyed as far as 81 degrees north, battling the extreme climate.

The location is midway between the northern coast of Norway and the North Pole.

The collection of islands was actually used as a base for whalers in the 17th and 18th centuries.

Following this, the islands were abandoned and coal mining then started in the 20th century.

Fans can watch the trailer to catch a glimpse of some of the breathtaking locations ahead of the series airing.

A voice is heard saying: “It is a grave mistake to think too much,” as the new surgeon introduces himself on board.

The rest of the crew wonder how he will cope with the “rough brutes” of the sea.

They venture further north than anyone has gone before and the perilous journey starts to impact everyone.

Ethics and morals start to go out the window as the crew suffers in the deathly cold.

However, the climate is not the only thing they are up against as group dynamics start to change.

There are mysterious goings-on that make viewers question the loyalties of some of the crew.

Commenting on the trailer, one fan said: “Even with only a trailer glimpse, Colin Farrell’s acting looks extremely noteworthy here. There’s a very sinister and mysterious subtlety brewing under the surface.”

Another said: “This looks freaking great. Like, you know….quality type stuff.”