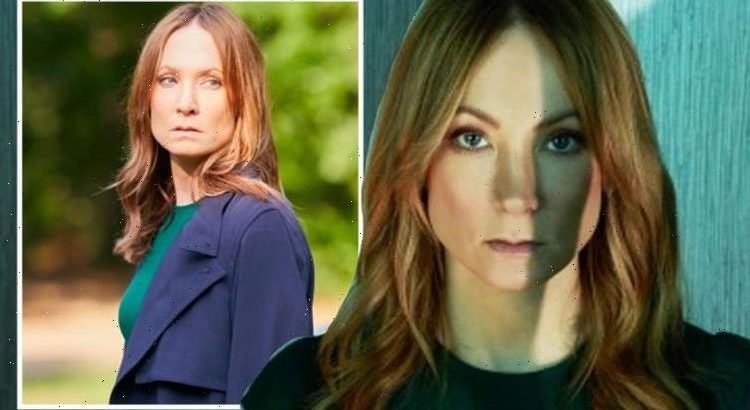 Joanne Froggatt: We should tackle the sexual assault taboo

Angela (played by Joanne Froggatt) will appear to have a picture-perfect life but behind closed doors, the true reality of her situation becomes clear. The six-hour-long episodes commissioned for the ITV drama will detail the horrors of domestic abuse and the dangerous lengths people will go to in order to be free of their situation. Here is everything you need to know about where the TV drama was filmed in the midst of the coronavirus pandemic and where it is supposed to be set.

Where was Angela Black filmed?

The thrilling new drama was filmed on-location in October 2020, with the cast and crew adhering to strict health and safety guidelines.

Joanne starred alongside actor Michiel Huisman, who plays her character’s husband Oliver, and Samuel Adewunmi, who plays a stranger with some information on the abuser.

Viewers will see no social distancing taking place as the cast were able to form a bubble to ensure they could act to the best of their ability.

Due to travel restrictions imposed as a result of Covid-19, the production was completed in Britain and in one location in particular.

All filming was completed in London and multiple surrounding areas but due to the intimate themes of the programme, no disruption was made to public life.

It is likely many London landmarks will be seen throughout the six episodes, with many dramas trying to highlight the best of Britain recently.

One of the key places viewers might notice is Marylebone station, which was used for a day whilst the crew was filming.

However, the location won’t be the most important factor of the drama as the show explores how Angela doesn’t really know her husband.

Samuel’s character Ed will meet up with the mother of two in a secure place to tell her some dark secrets about Oliver’s past.

The protagonist of the piece will have to reevaluate her whole life to try and discover who she can trust and who she should never talk to again.

Where is Angela Black set?

The ITV drama is going to be set in London but instead of being in the centre of the city, the programme will be set in a suburban borough.

This allows the viewers to buy into this picture-perfect world Angela wants for herself and her two children.

She can take them to the local school and ensure she is back home and ready to get the house tidy for her husband’s return.

It will also be set in the present day but it won’t reference the pandemic so there will be no face masks seen.

Written by the creators behind ITV drama Liar, Harry and Jack Williams, Angela Black will be hoping to emulate the success.

Speaking of their work, the brothers said: “We are thrilled to be working again with the brilliantly talented Joanne.

“And to have her joined by such amazing actors as Michiel and Samuel is more than we could have hoped for,” they continued.

“This script is unlike anything we’ve written before – and there’s no one better than Craig [Viveiros – executive producer] to bring this dark, Hitchcockian psychological thriller to life.”

Leading star Joanne added: “I am honoured to be working with Two Brothers Pictures again and this important and timely story from the brilliant Harry and Jack Williams is like nothing I’ve read before.

“Angela is a complex and intriguing character and I hope audiences will be immediately drawn into her gripping, and sometimes heart-breaking journey, just as I was”.

Head of Drama for ITV, Polly Hill, commented: “Angela Black is a gripping thriller from Jack and Harry Williams.

“They are masters of surprising storytelling and there are some wonderful twists in this compelling tale. “I’m delighted they have written Angela Black for ITV and that Joanne Froggatt will play the lead character.”