Set in Victorian England, Enola heads to London in search of her mother. The film showcases some of Britain's most beautiful stately homes and country estates. 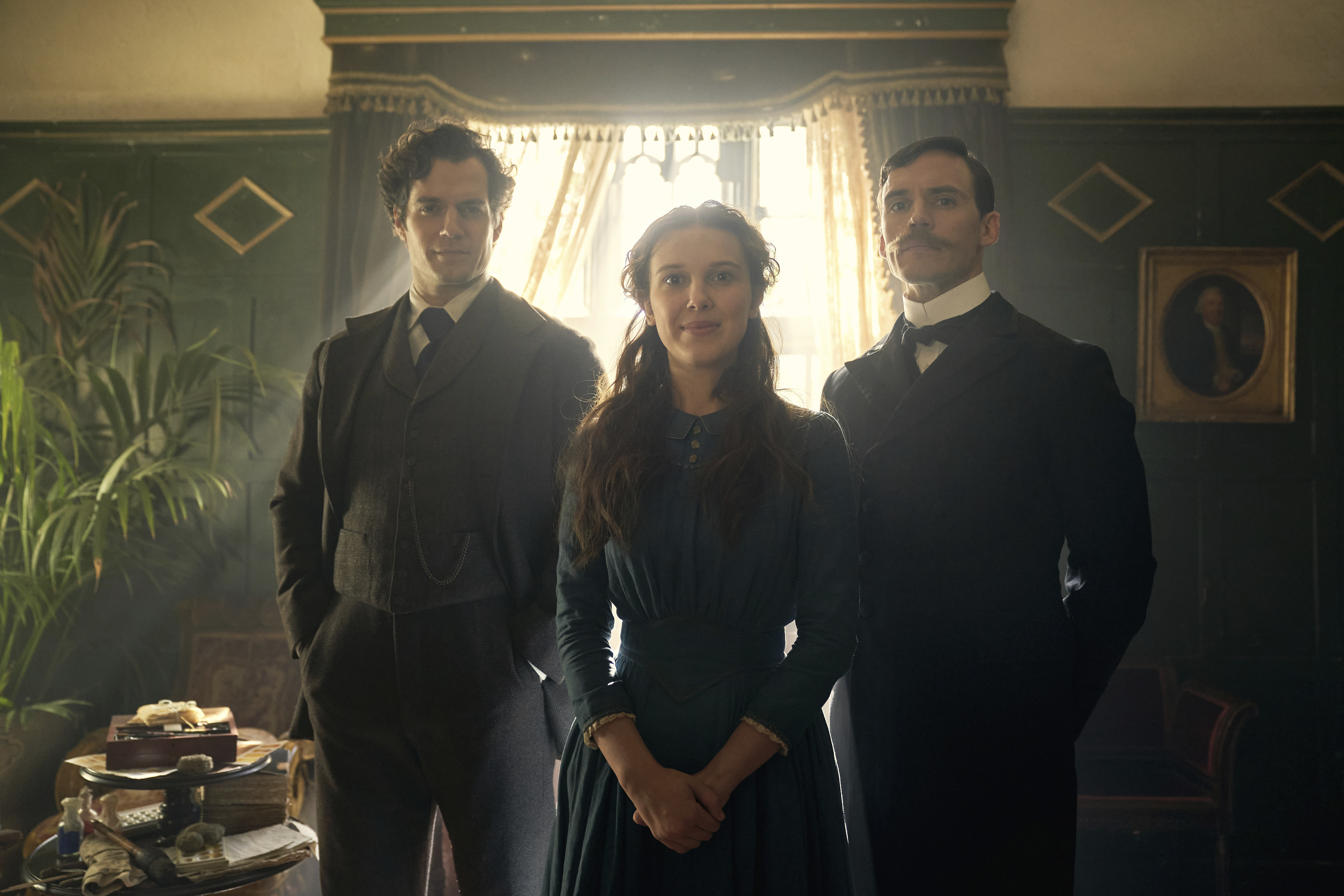 Where was Enola Holmes filmed?

Benthall Hall is a 16th-century English country house near Brosely in Shropshire.

In Enola Holmes, the house provides the setting for Ferndell Hall, the Holmes' massive family home.

In the film, Benthall is overgrown and covered in vines, abandoned by Enola and her brothers. However, production designer Michael Carlin has said this was part of the set design.

He explained: “The gardeners and the people taking care of the house at Benthall were brilliant in allowing the gardens to get really overgrown and letting us drape overgrown vines all over the exterior.”

Whilst Benthall provided the exterior for the Holmes' house, West Horsley place in East Sussex was the setting for the scenes filmed inside.

It has hosted both Henry VIII and Queen Elizabeth I.

Carlin said: “We inhabited the house for weeks creating Eudoria’s bedroom, the library, the kitchen and the wonderful unkempt orchard at the back,

“The house is gorgeous but completely overgrown and covered by plant life with real plants and Eudoria’s paintings everywhere.” 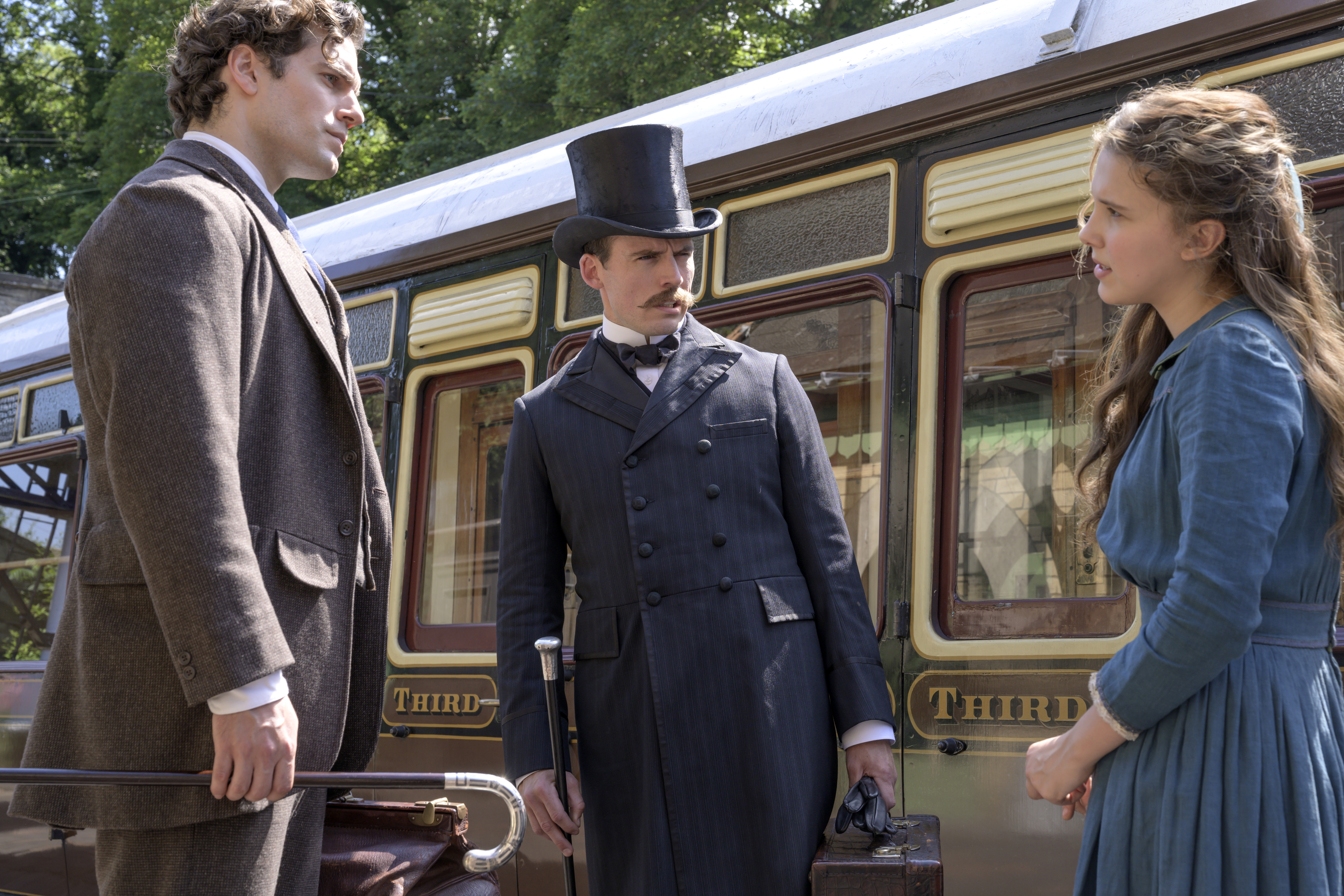 In the very opening scenes of the film, Enola meets Sherlock and Mycroft as they return from London.

The meeting was filmed at Arley Railway Station – a heritage steam railway station in Worcestershire.

Arley Railway Station's quanit exterior has been used for a number of films and TV programmes, including Disney film Candleshoe and a ChuckleVision episode.

Many of the scenes in Enola Holmes that take place in London’s East End, including Enola's fight with Viscount Tewkesbury’s assassin, were not actually filmed in the capital.

Instead, they were filmed at Luton Hoo, an English country house and estate near Luton in Bedfordshire.

The house has now been converted into a luxury hotel, but the production team turned the grounds into a set replicating the dark streets of London.

Michael Carlin “We created the East End among outbuildings at Luton Hoo where we have Enola encountering poverty for the first time so we have orphans moving through the scene and a sense of real deprivation.”

Although some of the film's London scenes are shot on set, some really were set in the city.

One of the closing scenes in the film shows Mycroft and Sherlock waiting for Enola in Drum Court of the HM treasury building in London.

The scenes in which Enola arrives in London were shot at the Royal Naval College in Greenwich.

Carlin said: “We needed to create a real culture shock for her entering the city for the first time so we built a massive set in Greenwich with a lot of shop facades and gritty streets, hundreds of extras, 30 horses and dozens of vehicles from horse drawn carriages to carts to two-story omni buses with plenty of farmyard animals wondering about.”

Hatfield House in Hertfordshire provides the setting for the home of Viscount Tewkesbury, Basilwether house, in Enola Holmes.

Hatfield house is a 17th century "prodigy house", a property built by courtiers with the hope that the monarch would visit.

The house is now a popular tourist attraction as it is home to many of Elizabeth I's possessions, as well as the Rainbow Portrait, the most famous Tudor painting of Elizabeth I.

It has been featured in numerous films and TV shows, including Shakespeare in Love, Charlie and the Chocolate Factory and Masterchef.