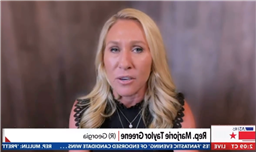 The 24 hours since President Joe Biden announced a plan to forgive some or all student loan debt for about 43 million Americans, Republican politicians have stormed conservative media outlets calling it “completely unfair” (Rep. Marjorie Taylor Greene on Newsmax) and “reckless” (Rep. Vern Buchanan on Fox Business) and “overeducated elitism” (Rep. Matt Gaetz on the Firebrand podcast).

Late today, the White House fired back, and it brought the receipts.

Retweeting a string of loan forgiveness criticism from Greene, Buchanan, Gaetz and others, the White House account replied to each with the large Paycheck Protection Program loan sums that those same politicians had had forgiven by the federal government, including $183,504 for Greene, $482,321 for Gaetz and $2.3 million for Buchanan.

Paycheck Protection Program loans were issued during the pandemic to business owners at a rate of about 1%. last year, the Small Business Administration announced that those who received the taxpayer-funded loans could apply to have their debts forgiven. Some 10 million Americans applied for and received PPP forgiveness to the tune of $750 billion. It looks like members of Congress were among them.

The student loan forgiveness plan is forecast to impact 43 million Americans and cost $300 billion, according to USA Today.