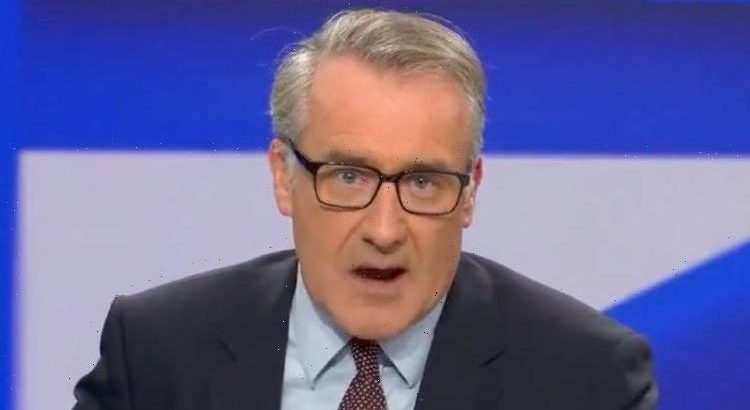 COP26: Brazier questions the role of the rich in climate change

The furious TV host accused the duo for assuming unelected positions in the climate change debate as he called out their rampant hypocrisy, alongside the worlds leaders, for telling the public to act on climate change while having large carbon footprints themselves.

Mr Brazier slammed how as a result the COP26 climate change summit is “beginning to read like an extended parable” as he tore into the hypocrisy of the delegates in attendance.

“The public understand after Covid world leaders need to thrash things out in person not on Zoom.

“But where does that leave the other 25,000 delegates, the likes of Leonardo DiCaprio!”

He went on to question what role the rich and famous can play in the climate change debate as he shared his scepticism at Mr Bezos’ and DiCaprio’s attendance at the summit.

Mr Brazier also questioned “who elected” such characters to be the face of climate change and issue demands of the worlds population as they lead vastly more polluting lives than others.

The fury comes as Jeff Bezos, the worlds richest man, has been accused of double-standards for requesting action on climate change despite running a space tourism programme.

The programme, Blue Origin, has sent a number of individuals, including actor William Shatner into space.

But the fuel and energy required for a launch releases high levels of CO2 and harmful emissions into the earths atmosphere.

It comes as Amazon was also recently found to be disposing of brand new technology products at its sites in the UK, a move which has overshadowed Mr Bezos’ appearance at COP26.

While Leonardo DiCaprio, a long time climate activist and UN climate change representative, has also been accused of hypocrisy on the climate due to his flyinf schedules.

Despite this, Vainty Fair reported how Mr DiCaprio in fact flew on a commercial airline to attend the Glasgow summit.

The goal of COP26 leaders is to keep warming limited to 1.5C by 2100 despite the the world being currently on track for 2.7C. But the UN have warned if temperatures are allowed to rise this high, there will be a “climate catastrophe”.

COP26 president and Conservative Minister of State at the Cabinet Office, Alok Sharma, says the summit is the world’s “last, best hope” to achieve the target.

The summit will run from Sunday October 31 to Friday November 12.