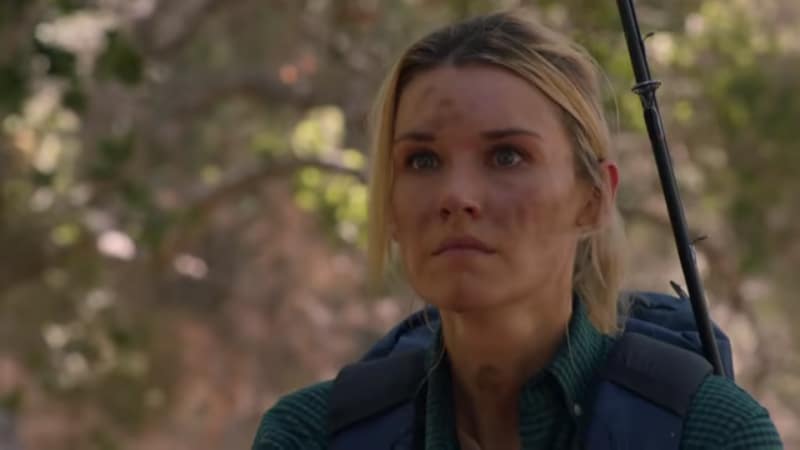 Actress Emily Rose joined the NCIS cast for the most recent episode and her character is going to stump Gibbs and his friends. Rose played FBI Special Agent Anna Jenlowe in the episode titled Third Wheel but that’s not who she said she was.

Setting up the scene for Rose’s debut on NCIS, Gibbs is trying to enjoy a quiet vacation at his remote cabin but is interrupted to help in the search for an armed robber.

Later, it is revealed that the robber has parachuted from a plane near the cabin where the three men are spending time. The men head out on a mission to find him.

While Gibbs and his two friends are out on their search, they came across a woman calling herself Jane. Jane was out fishing and is offered an escort back to her truck by Gibbs. She declined and misdirected the trio to a parachute out in the wilderness.

Meanwhile, back at NCIS, the team starts to figure out that their fugitive may have had help from a former caseworker named FBI Special Agent Anna Jenlowe.

It turns out that Gibbs and his buddies are actually looking for two people, and one of them is hiding in plain sight. In fact, they already ran into her.

While trying to take down Jenlowe and her partner, Phil Brooks breaks his leg and Tobias suffers an injury to the face from a ricocheted bullet. In the end, it takes the arrival of Torres to help put an end to this fugitive being on the run.

During her acting career, Emily Rose has appeared on a number of television shows in smaller roles. That includes Two and a Half Men, Criminal Minds, and Ghost Whisperer.