James McVey is one of the 10 contestants currently making their way to the jungle ready for I’m A Celebrity 2018. The news was confirmed by ITV on Monday, after the stars of this year’s show were spotted arriving at Brisbane airport ahead of the launch of the reality series in just a few days’ time.

Now that he’s set to be on our TV screens for the coming weeks, here are a few things to know about the 24-year-old musician. 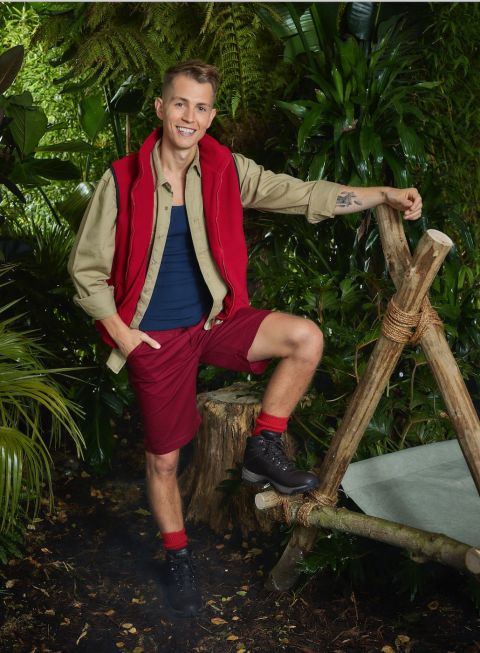 McVey was born in Chester but grew up in Bournemouth, and is the lead guitarist in the British pop rock band, The Vamps.

Since the group started by supporting McFly back in 2013, the four-piece have released three albums, with hits including their debut single, ‘Can We Dance’, ‘Wild Heart’, and more recently, ‘We Don’t Care’. 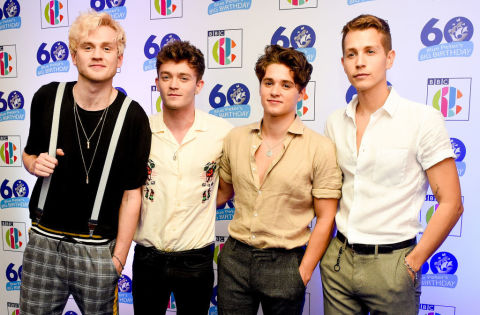 They have also toured with Selena Gomez, Little Mix, and Taylor Swift and in July this year, the second part of the album titled Night & Day (Day Edition) debuted at number two on the UK Albums Chart.

McVey has been dating model and university student Kirstie Brittain for two and a half years. Before entering the jungle, he said he’s going to find it “very hard” being away from his girlfriend over the next few weeks.

“I can’t wait to get back to her, she’s going to come out half way through,” McVey told The Sun. “Depending on where I come I might see her in a couple of weeks. I’ll wear my bracelet to show I’m thinking of her – she got me that.”

Beckham made his acting debut in The Vamps’ music video for ‘Wake Up’ in 2015, and it looks like they have stayed close ever since.

“He is a great guy, they are a lovely family,” McVey’s fellow band member Tristan Evans revealed last year. “We celebrated his 18th with literally just him and his family.”

Happy belated birthday to this chap. Was great to bring it in last night!! ????? @brooklynbeckham

Happy belated birthday to this chap. Was great to bring it in last night!! ????? @brooklynbeckham

Happy belated birthday to this chap. Was great to bring it in last night!! 👊🏻👏🏼🎂 @brooklynbeckham

He has opened up about his mental health struggles

In an interview with LBC radio in 2017, McVey revealed that he almost left the band after he struggled with the pressures on tour.

“I had a really difficult time last year where we were on tour in America and things were just building and building for me,” he said. “I was getting terrified of being late for a hotel lobby call. I wouldn’t be sleeping because of it.

“I’d be on stage and I’d be like, ‘I hate this’, because I didn’t understand how I was feeling or why. I was on the verge of saying ‘I’m leaving the band’.”

McVey added that opening up about his feelings to his bandmates “really pulled me from that edge”.

As the most avid fan in the group, McVey was recently interviewed by the official Star Wars website. He revealed that he’s been watching the franchise since his childhood, and named A New Hope as his favourite film from the series.

“My dad watched the originals in the ’70s, so when I was growing up I watched video tapes of IV, V, and VI. I’ve grown up with it,” McVey said.

Find out who else we’ll be watching in the jungle here.

I’m a Celebrity… Get Me Out of Here! premieres this Sunday (November 18) on ITV.