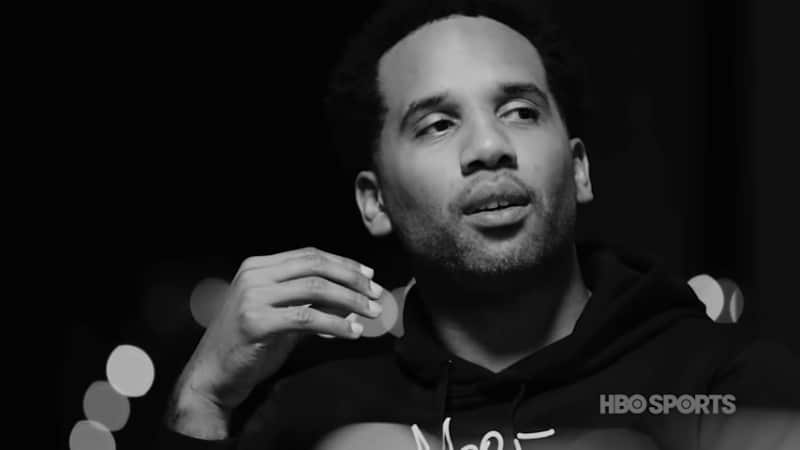 The Shop debuted on HBO in August and so far, the first two episodes have been spectacular. The barbershop-style talk show features LeBron James and Maverick Carter as they converse with a diverse group of their friends including Draymond Green, Drake and WNBA star Elena Delle Donne.

It’s a compelling 30-minute show that, so far, has spilled loads of tea on some of Hollywood and hip hop’s biggest scandals.

With all of the buzz about The Shop, some have been curious about Maverick Carter, whose name is on the show right next to his friend LeBron.  What some may not realize, is that Maverick is one of LeBron’s closest friends and a very important piece of his growing empire.

Maverick Carter is the CEO of Uninterrupted, Spring Hill Entertainment and the Robot Company, all businesses that he and LeBron James founded together. Carter has been described as LeBron’s right-hand man, the kind of business partner and friend that every famous person wishes for.

Maverick Carter was just 8 years old when he met LeBron James. It turns out they would be friends on the playground, the basketball court and into adulthood where they are definitely more than just successful business partners.

A basketball player himself, Maverick met LeBron in high school when they both played for St. Vincent-St. Mary High School. While LeBron entered the NBA upon graduation, Maverick headed to Western Michigan. Soon after, he transferred home and attended the University of Akron.

Carter ended up dropping out of college to take a position as an intern with Nike. As he’s explained, Carter and James decided that he would work for whichever shoe brand signed LeBron so he could help promote the brand from the inside.

It turns out that the brand was Nike, where Carter worked in the marketing department until 2004, when he left to go work full time alongside LeBron.

In 2006, Maverick Carter became one of LeBron James’ business managers. He is also a partner in James’ sports agency LRMR.

While Maverick’s basketball prowess certainly set him up on his path to success, it was his admission himself that he wouldn’t make a career of actually playing the game. Instead, he decided to work on the business side of basketball, making sure that LeBron James’ career was the biggest success.

Not every business idea promoted by Maverick Carter has been successful despite his blazing success. Probably the biggest disaster, whether avoidable or not, was The Decision — when LeBron James announced that he was leaving Cleveland for Miami.

In some people’s eyes, The Decision is the blemish on LeBron James’ legacy that he can never overcome. The spectacle that was made when LeBron teamed up with Dwyane Wade and Chris Bosh on the Miami Heat was over-the-top and a slap in the face to Cleveland Cavs fans.

Two steps ahead of LeBron

It seems that LeBron James may have been planning a move to Los Angeles for some time. In addition to actually owning a home there, his closest business partner was already there.

Thank @stevestoute for bringing this project to us @springhillent thank you Sharmeen and Trish for making this film and thanks to everyone who came to the #studentathlete screening,,tomorrow on @HBO let’s truly begin to change this shit

Maverick Carter moved to LA in 2015 and he still lives there now. That’s convenient since Carter plays such a huge role in all of LeBron James’ business. In fact, he’s been credited with much of their success when it comes to pitching projects, maintaining budgets and even hand delivering the cash winnings to those who compete on their game show The Wall.

Maverick Carter’s net worth in 2018

As LeBron James’ business partner in multiple ventures, it’s safe to say that Maverick Carter is a millionaire many times over. Earlier this year, The Wealth Record reported Maverick Carter’s net worth in 2018 to be $18 million.

LeBron’s wealth is estimated to be nearing the $500 million mark partly in thanks to the loyalty and business acumen of his friend. It was Carter behind his billion dollar Nike deal among other huge LeBron successes. Not to mention, Carter is said to have made millions because he had the foresight to buy Beats by Dre stock early.

Carter has helped LeBron James build a legacy that is more than just basketball. He’s done pretty well for himself too.

The Shop airs new episodes on Fridays on HBO.