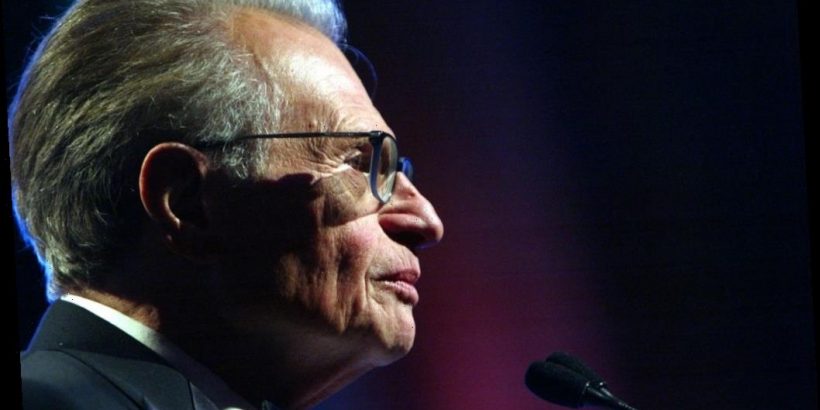 Larry King, the legendary television host and interviewer, sadly passed away on Saturday, Jan. 23. The longtime host of CNN’s Larry King Live was lauded for his work over the years, winning an Emmy, two Peabody Awards, and numerous other accolades during his many decades on the air.

While representatives for King have not yet revealed his cause of death, outlets like NBC reported earlier that he had been hospitalized with COVID-19 in late December of last year. Whatever the case, he leaves behind a massive journalistic legacy and a similarly sizable family.

Despite being known for his many marriages throughout his lifetime, King was not married at the time of his passing. He was last married to Shawn Southwick from 1997 to 2019, the longest of all his marriages. The two first pursued divorce in 2010 but eventually reconciled.

Born Shawn Ora Engemann, Southwick-King is an actress and singer known for her many small roles in numerous films from the 80s and 90s. The couple had two children during their time together, a son, Chance, born in 1999, and another son, Cannon, born in 2000. Southwick-King also had a son from a previous marriage, Danny Southwick, who plays professional indoor football for the Arena Football League and is currently signed to the Jersey Flight.

King and his last wife did not speak publicly about the reasons for their split in 2019. The court documents for their divorce list only “irreconcilable differences.”

King later said that the 26-year age gap between himself and Southwick-King was beginning to make the relationship difficult. He also said that his ex-wife’s devout Mormon faith had clashed with his agnostic religious views.

King first married his high school girlfriend, Freda Miller, in 1952 when he was 19-years-old. The marriage ended only a year later after pushback from the couple’s parents.

In 1961, King married Annette Kaye briefly. The two separated before the end of the year. Kaye later had a son, Larry King Jr., who didn’t meet his father until he was in his 30s.

Later in 1961, King married Playboy Bunny Alene Akins. The two first divorced in 1963. That same year, King married Mickey Sutphin. In 1967, he divorced Stuphin and remarried Akins. King and Akins stayed together until 1972, and had a daughter, Chaia, in 1969. He also formally adopted Akins’ son, Andy, from a prior relationship. Chaia King passed away from lung cancer in Aug. 2020.

King struggled with heart disease and other health issues throughout his life, suffering his first heart attack in 1987. During a routine chest X-Ray in 2017, doctors found a tumor in the host’s lung, which was later removed.

In 2019, King underwent surgery to have stents inserted into his heart. Later that year, he suffered a stroke that left him in a coma for several weeks.